It’s already time once again for a fresh explosion of new anime shows. With coronavirus on the decline in Japan and a whole lot of delayed shows now arriving, those of us in less lucky parts of the world have a ton of new material to watch.

As always, click through on the titles to get to the official sites, with promo videos and more! 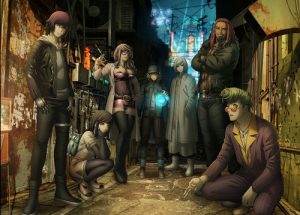 The premise: After Japan is split by a civil war, its weaker western half is increasingly dominated by technologically enhanced criminals.

The buzz: Who knows where this one is going, but it should be a true original. 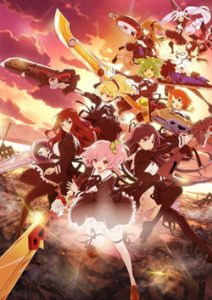 The premise: Near-future Earth is under attack from aliens who, once again, can only be defeated by specially trained teenage girls. The story follows a group of them at battle school.

The buzz: Some talented people have gotten roped onto this one, so it might not totally suck? Still not a lot of excitement for it. 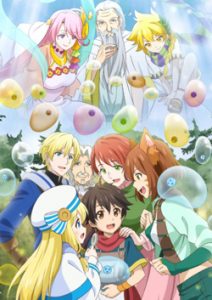 By the Grace of the Gods

The premise: A middle-aged businessman is reincarnated in an RPG-like fantasy world, where he takes up farming slimes. In the non-combat sense.

The buzz: The light novels are incredibly popular in Japan, but don’t seem to be grabbing English-language readers. Still, at least it’s not one of the really skeevy power fantasies. Probably. 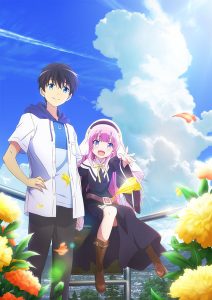 The Day I Became a God

The premise: A high school student finds himself playing host to a girl with prophetic powers who claims the world will end in 30 days.

The buzz: The creator and studio are proven talents for melodrama if nothing else, so this should be worth at least checking out. 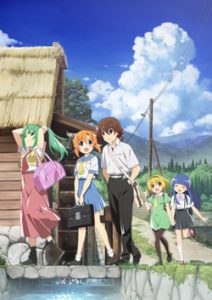 Higurashi: When They Cry

The premise: The new kid in a small village finds his new home to be a pleasant place, until the local festival rolls around and he learns that it traditionally involves a death and a disappearance.

The buzz: The original When They Cry is fondly remembered by many fans. All this remake needs to do is not screw up. 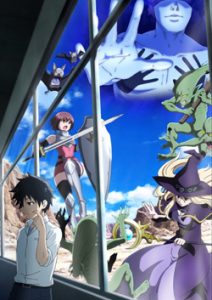 The premise: A loner is whisked away to a fantasy world where he has to work as a team with his classmates to survive.

The buzz: This one reportedly doesn’t stray too far from the conventions of portal fantasy anime. It does throw in an extra twist with multiple alternate worlds, but that’s unlikely to be enough to appear to any by the hardcore portal fantasy fans. 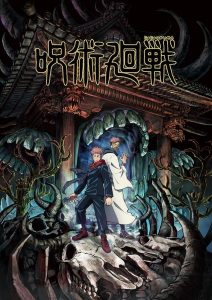 The premise: An athletically gifted high schooler would rather hang out with the occultism club than join a sports team, but when the club unleashes a genuine cursed artifact, he finds that his physical abilities will come in handy.

The buzz: There may be nothing especially noteworthy about the premise, but it sure looks cool. 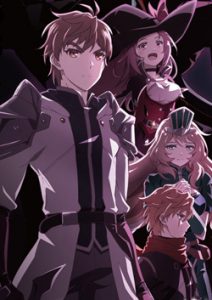 King’s Raid: Successors of the Will

The premise: A knight searches for a holy sword so that he can use it against a new infestation of demons.

The buzz: Video game adaptations are notoriously terrible, and this one is unlikely to be an exception. It does have one point in its favor in that it gets its own story rather than using the one from the game, but it’s still probably one to skip. 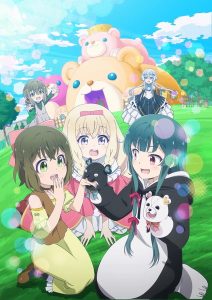 The premise: A shut-in playing her favorite VR game encounters two unexpected developments: she gets hold of an overpowered bear outfit, and she is now trapped in the game.

The buzz: This one is actually more slice-of-life than anything, with the bear suit just serving to keep the heroine from being threatened. Might be okay if you aren’t looking for much. 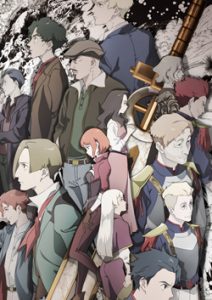 The premise: A kingdom worries about the summoners of a terrible monster returning to threaten it again, but other unspecified dangers threaten as well.

The buzz: Again, video game adaptations usually fall flat, but at least there’s nothing to suggest this one will be any worse than average. 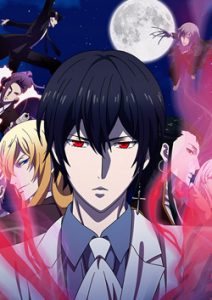 The premise: A centuries-old vampire awakes in South Korea and decides to enter high school, but is targeted by an organization planning to rule the world.

The buzz: Not only does it sound like it’s assembled from a ton of Japanese light novel tropes, it carries the now-dreaded “Crunchyroll Originals” label, so expectations are very low. 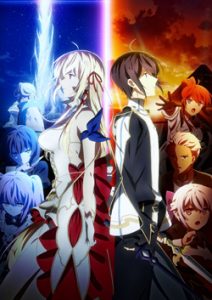 Our Last Crusade or the Rise of a New World

The premise: An empire of science and one of magic are locked in a constant struggle, but when a knight of one meets the princess of the other, love blooms.

The buzz: Might be okay? Not like there are a lot of romance shows to choose from this season. 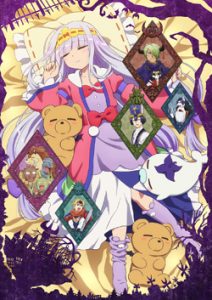 Sleepy Princess in the Demon Castle

The premise: A bored princess waiting to be rescued just wants to sleep the time away, but is forced to take ever more elaborate measures to fight her insomnia.

The buzz: The manga is said to be reasonably funny, so this might be too. 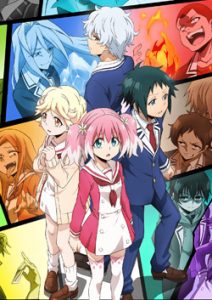 The premise: A girl is the only one at her battle school who has no physical superpowers, and has to train to defeat monsters with only her wits.

The buzz: Neither the manga nor most of the people working on the adaptation are well-known, so it’s hard to say what to expect. 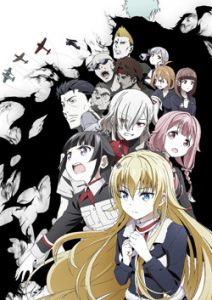 The premise: Once again, humanity is threatened by a nearly unstoppable invading force which can only be countered by teenage girls with special technology. In this case, it’s magical wings.

The buzz: It seems to be aiming for the military geek crowd with lots of air combat, but it doesn’t have a lot of signs that it will actually be good. 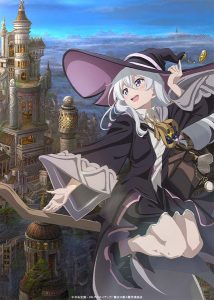 Wandering Witch: The Journey of Elaina

The premise: A young witch enjoys her aimless travels through magical lands.

The buzz: This has every sign of being the feel-good show of the season. 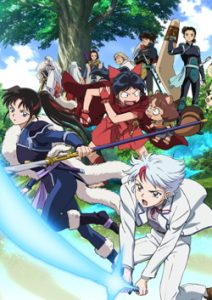 The premise: Twin sisters living in feudal Japan are separated by a hole in time which leaves one of them being raised in the modern era. Later they reunite, joined by a third girl with demon ancestry, and have swords-and-sorcery adventures in both eras.

The buzz: As the sequel to a work by one of the most successful authors of all time, this has easily the highest profile and the highest expectations of any show coming our way in October. I phrase it that way because, well, if you check out the next section…

We also have a few continuing adaptations:

That’s a lot to choose from. If we’re really getting the beginning of the final run of Attack on Titan, then that’s what I’m looking forward to the most. Otherwise, it’s Higurashi, since the original When They Cry has been on my “I really need to watch that sometime” list for ages. Just behind that is Wandering Witch, and Talentless Nana scores the spot for the show I want to be good but have no evidence that it will be.

What are you looking forward to this season?

Panic Time: The Earth’s Magnetic Poles Are Overdue for a Switch