supercomputers, the truth behind the Hugo Awards, astronauts more afraid of cops than launching, European nuke targets and more (but do you really need more after all of that?) 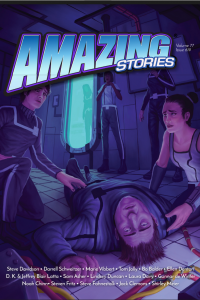 SPECIAL NOTE:  Amazing Stories Summer 2020 issue has been published and will shortly be available from magazine outlets; subscriptions will be fulfilled soon as well.

OTHER SPECIAL NOTESl  First, Former Black Astronaut relates fear of cops, not fear of launching
Second:  Style-wise – Capitalize the ‘B’ in Black when referring to People

David Gerrold posts a touching image of the author as Grandpa

A Taste of Unimagined Futures:  No one wants used clothing anymore

QAnon is Aligning Itself With Evangelism (Two, Two, Two Conspiracy Theories in One!)

Rocketeer Redux:  Pilot reports “Guy in a jetpack” to tower.

Nnedi Okorafor’s Ikenga will have an audio edition

In 1930, some fashion designers were asked to demonstrate what clothing (for women) would look like in the year 2000.

Comic book writer turned Director to push forward with OVERTIME
London, UK – Mario Covone, writer of 2014’s critically acclaimed Reaper Comics horror series, VIDEO NASTY was set to release his feature film directorial debut ‘OVERTIME’ earlier this year. Due to Covid 19, the project has been dormant, but Covone is adamant that he will release the movie before Christmas and has announced a Kickstarter campaign to fund the production of the DVD’s and Blu Ray’s.