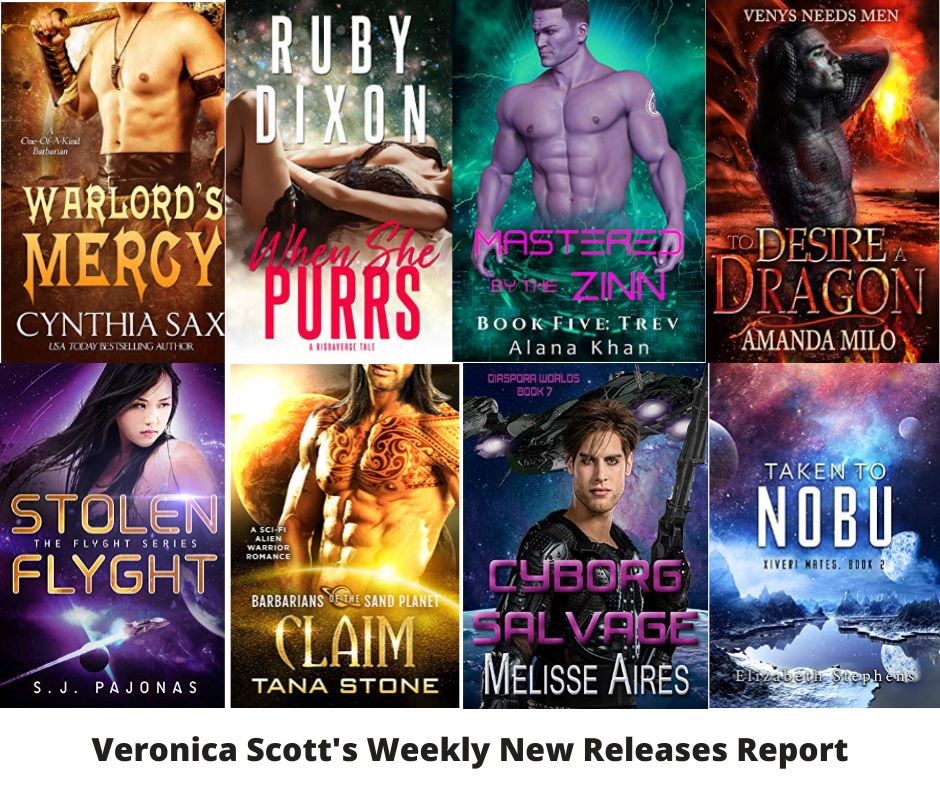 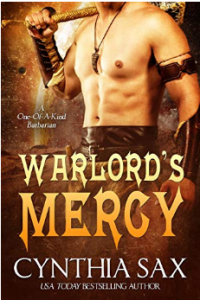 VS Note: I really enjoy this series and Cynthia is an autobuy for me…per the author this book is based on a short story.

Other Chameles view him as the enemy. She sees the warrior hero he never believed he could be.

Tolui is a Warlord in search of a planet to rule. He has been leading his fellow clones in a stealth battle, fighting for both control of the Chamele sector and the right to exist. The brave warriors he commands warrant respect and they deserve the best. That best isn’t the barren, dangerous terrain on Chamele 4. When Tolui crashes on that planet’s surface, he’s determined to leave it as soon as possible. The tiny human female rescuing him might be as beautiful and as wild as the land she inhabits, but her flowing words, trusting gaze, and enthralling submission won’t stop him from rejoining the war. After many solar cycles of living alone, Lea is overjoyed when a tall, scarred, muscular warrior falls from the sky. Her savage stranger is strong and severe, and he makes her feel safe, an emotion she hasn’t experienced in a long, long time. He also insists they must part. Before they do, she’ll show him the splendor of her home, and she’ll enjoy his big form, collecting passionate moments she can revisit when she’s solitary once more.

Every additional moment Lea and Tolui spend together increases the chance they’ll both die. Lea is being chased by female-hating fiends. Tolui is being hunted by the best bounty hunters in the universe. War will soon arrive on their threshold, and the blood spilled might be their own. 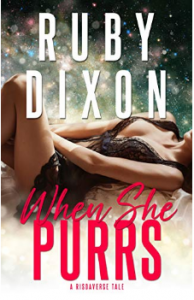 WHEN SHE PURRS (A RISDAVERSE TALE) by Ruby Dixon

Life on a farm planet at the edge of the universe can be dangerous for a human woman alone. That’s why I need a husband. ANY husband. Unfortunately, all the men I approach keep running off. So I hire a bounty hunter to kidnap me someone capable and strong, someone who will scare off the creeps that are trying to move in on my territory.

It’ll be a marriage of convenience only. I should have been a little more specific about who I wanted, though…because the intimidating and fierce praxiian male that the bounty hunter brings to me? The one with feline features, big arms and an even bigger…uh, farm? He’s the problem I was hoping a new husband would scare off. What am I supposed to do now? (Don’t ask him, because all of his suggestions are completely and utterly filthy and have nothing to do with a marriage of convenience.)