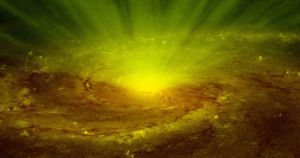 Sagittarius A*, the supermassive black hole at the center of the Milky Way galaxy, recently started feasting on the objects orbiting around with unprecedented voracity. A team of scientists from the University of California, Los Angeles looked at 13,000 recordings of the black hole taken on 133 occasions over the last 16 years […]

This article was originally posted on Futurism