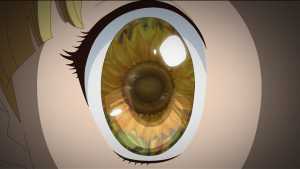 Dr. Stone #11 – Senkū’s next innovation is the magical substance glass. Clear, chemically resistant, infinitely shapeable, it opens to the door to a whole host of new abilities. Provided you have someone with the necessary skill to get it into the shape you want, anyway, which is why Senkū’s next big idea after that is to kidnap a village elder and force him to watch Senkū and Chrome being incompetent.

Recruiting Kaseki (“Fossil”) into the Kingdom of Science also serves to draw another contrast with Tsukasa, by letting Senkū demonstrate his respect for old people. Look at this lifetime of learning, he can say, which Tsukasa would just have thrown away thanks to ageism.

With Suika’s (and soon, presumably, Kinrō’s) sight issues fixed, Senkū has increased his manpower still further, and is ready to provide a teaser for his next big development. It’s used in working with silver, it’s incredibly dangerous, and it’s a particularly awesome substance. Well, there are a lot of noxious chemicals involved in various kinds of metalworking, but my guess would be silver nitrate, which is used in silver electroplating, and is also really handy for photography. 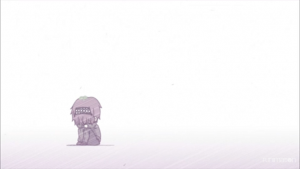 The Ones Within #11 – The next challenge is a game about making friends with kindergarteners, for a definition of “kindergarteners” that encompasses carnivorous plants imprinted with the childhood memories of four of the players. Even without their nurturing-game expert, it’s a fairly simple matter to make Himiko, Kaikoku, and Yuzu bloom, but it turns out that Makino had a terrible childhood.

That certainly explained why Makino has always been disconnected from the rest of the group. It was great to see the others reaching out to him, although somewhat undercut by the solution being Akatsuki just telling him to get over it.

They’ve only just made it halfway to their viewer goal, but the way it’s been accelerating, 100 million viewers looks doable by the end of the season. It sounds like it’s going to be no more Mr. Nice Alpaca now, though… 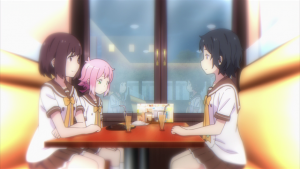 Granbelm #11 – Mangetsu comes to terms with her mortality after discovering that the Magiaconatus is incredibly sloppy about covering up its tracks with memory erasure. So she decides the way to go out is to gather up everyone who can still see her, take them on a camping trip, and do a dramatic Bilbo Baggins-style disappearance.

Along the way, we get a lot of rumination about how nice the world is just by itself, and how much happier people would be if they stopped looking for magic. This is one of anime’s hardiest tropes playing out— a power which has great potential for misuse must be put out of everyone’s reach, which will lead to a happier world. But rarely has it played out quite so beautifully.

While we still don’t know who will grace the U.S. postage stamps saluting science fiction authors this year, we do know Who — The Doctor, that is — will appear on a set of British stamps that will be issued March 26. In honor of the “Doctor Who” TV show’s 50th anniversary on BBC, the […]