Topping international sales of over a million copies, CyberStorm is an indie-publishing success story with longevity. 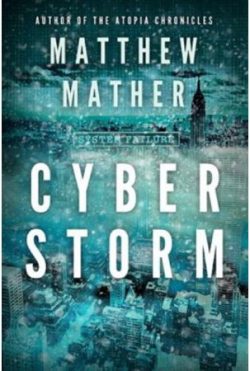 Six years ago, Matthew Mather published what has become a science fiction classic–CyberStorm. This year, 2019, is the year of the book’s setting, and like many other sci-fi books it is rapidly passing from the realm of fiction into reality. I decided that now was a good time to look again at what makes this novel so vivid in the popular imagination.

The book topped a million copies sold internationally sometime in 2017 according to publishing agents Janklow & Nesbit. Its author, Matthew Mather, achieved International Best Seller status when the book sold over 40,000 copies in Spain, not to mention 24 other foreign language editions, including two different Chinese language editions, Finnish and South Korean editions (where its digital editions are still highly ranked) and a bestselling Russian edition.

For those of you who aren’t familiar with the novel, the story is about a large scale cyber-attack that cripples New York City in the dead of winter. The narrative follows a family that attempts to survive this disaster as millions of people are left alone in a city suddenly without power, water and communications. No one knows who or why or what happened.

Now six years after initial publication in the America, as of February 2019 the book is still holding onto the #1 ranking in Amazon’s coveted “Hard Science Fiction” category—even after huge bestsellers like The Martian and Wool have quietly slipped from the charts. 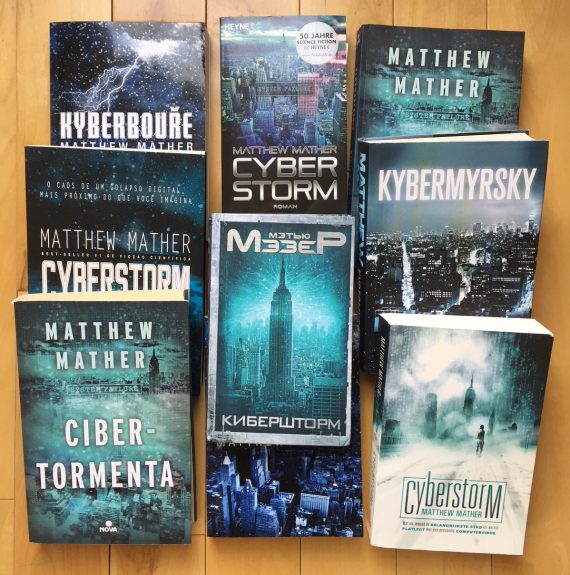 So what gives this novel such enduring longevity? 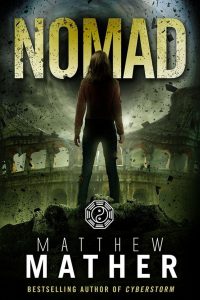 Part of the reason has been media attention. Immediately after it was released, 20th Century Fox announced that it was entering into development for a film version, a project that is still on-going. The book was also optioned by NBC Universal for development as a TV series.

Mather’s own take on the book’s success is simply that it is “an every-person story.” He says that he purposely created a novel from the point of view of an average family that gets caught up in a swirling geopolitical disaster. He purposely didn’t include points of view from senior officials or scientists, but instead maintained a steady focus on what an ordinary person would experience.

In the end, the book helped paint a vivid picture of what a cyber-attack would look from the perspective of an average citizen, and the message and approach resonated with people all over the planet. Even years after its release, the world is still grappling with what a major cyber event might look like, and CyberStorm is the book that people keep looking to for answers. 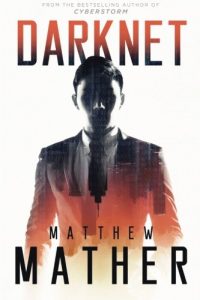 Mather became a minor celebrity in the real cyber security world after the book’s publication. He was the keynote speaker at CornCon this year and gave speeches at RSA in 2018, the world’s biggest cyber security event, where he signed over a thousand books.

CyberStorm hasn’t been Mather’s only success in the fiction world. His first novel, Atopia Chronicles, sold over a hundred thousand copies as reported by its publisher, 47North (an imprint of Amazon), as has his third novel, Darknet—a thriller with a noir/tech edge that delves into the world of artificial intelligence and cryptocurrencies. His fourth novel, Nomad, was the winner of the coveted, “Science Fiction Book of the Year” award in 2015 from the Authors on Air Global network and he founded the DiscoverSciFi (www.discoverscifi.com) writers group that has amassed several hundred thousand fans.

A remarkable track record for an author who still self-publishes most of his work.

If you haven’t read CyberStorm yet, I highly recommend it. You can find the book on Amazon as well as all of this other works. 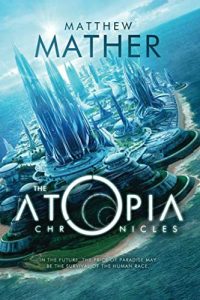 Before I was a writer, I was a reader. My mother tells me I’ve been reading since I was four, and I accept that, because I don’t remember a time when I couldn’t read. By the time I was in fourth grade, I was reading at a college level, and I know this, because as […]

Enduring and surviving rejection is part of every writer’s successful career.

Judging Books by Their Covers