A report on the founding of the Korean Science Fiction Association 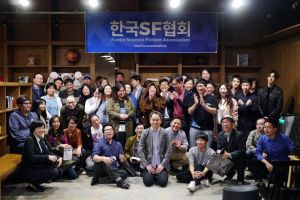 To answer the first question, Koreans do enjoy and create SF.

As to the other question, yes, we never had a SFA before, while SF fandom existed since 1990s in South Korea, and several fan communities had come and gone.

That is not when modern science fiction – apart from fantasy – was introduced to Korea, by the way. Twenty Thousand Leagues Under the Sea by Jules Verne was translated in 1907, and allegedly first Korean SF short story was written by Kim Dong-In in 1929. Stories which could be considered as SF have appeared from time to time since then.

However, In the late 1990s, when personal computers came into wide use and people could enjoy various pop culture and share their opinions via BBS, there were very few number of SF writers in Korea. Translated foreign works had been central in fandom, and creators barely started to try out Korea-based works on these grounds. Believe or not, some fans even said that it felt strange to encounter SF where characters were Koreans, even though several good homegrown SF could be found in the meantime.

Twenty years have passed since then, and the number of SF writers steadily increased. Things changed. New generations are used to SF, thanks to video games and hollywood. And people no longer think it is strange to read SF stories have Korean names, characters, and set in Korea. Now, new SF works by Koreans are being published every month. Not just literature works, either. It is not hard to come up with several titles if someone ask for good SF film or web comic recommendations.The number of SF writers steadily increased so writer’s guild as SFWUK(Science Fiction Writer’s Union of the Republic of Korea) became possible.

Finally korean SF fans can look beyond towards the wider world. Or, maybe these changes came from the wider view that became available thanks to the internet. Who knows what came first?

Anyway, now we had the reason to gather scattered fans, and tie together individual projects and irregular efforts to create a synergy effect.

With the support of Korea Foundation for the Advancement of the Science & Technology(KOFAC) and Arts Council Korea, Korea Astronomy and Space Science Institute, Bucheon Fantastic Film Festival ,KSFA came a long way in a year, and has been actively running SF talks, writing workshops, academic research projects, database creation, and awards in Korea and abroad, with overseas SF organizations. 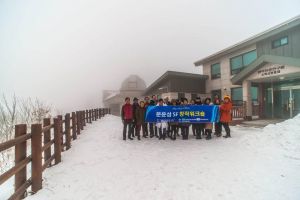 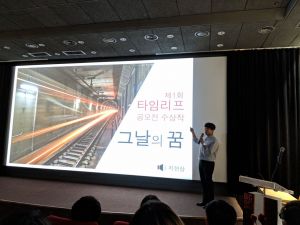 At home, KSFA has made efforts to gather scattered old fans and attract new fans. Three SF talk concerts with scientists and sf writers were arranged last year for the general public, and there are also plans to increase the number of events and to diversify locations this year. A short-term writing workshop in Sobaeksan Optical Astronomy Observatory was hosted by KSFA early this year, while during summer Pusan National University Library began a long-term project to create new SF library in Pusan with KSFA’s assistance. KSFA also made it possible for “SF story to Film” pitching showcase to be part of Bucheon International Fantastic Film Festival, in association with Producers Guild of Korea.

Going beyond Korea, KSFA is willing to contribute on international cultural exchange and promote Asian SF to the world, as well as Korean SF. To strengthen relationship with other countries, not just engaging USA, UK, or Japan as before, is also important goal. So KSFA encouraged this by arranging SF writers, within and out the association, to attend various overseas conventions such as ASAP at Beijing in April, Worldcon 76 in August. In the meantime, KSFA have been involved in publication of contemporary Korean science fiction anthology Readymade Bodhisattva(Kaya Press, USA). Introducing other asian countries’ contemporary SF to South Korea is in process, too, including a new Asian Science Fiction Association’s project. KSFA will always serve as a partner of ASFA and WSFA. 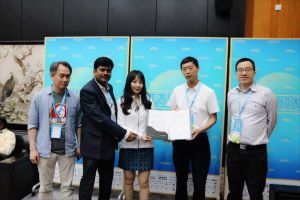 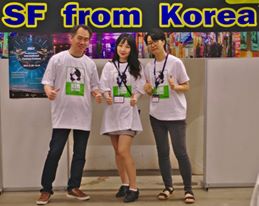 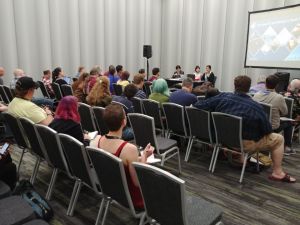 And finally, Korean SF convention will be held on November 4, in Seoul Science Center. This will be a testing ground. There have been SF parties and conventions irregularly, but we are seeking to run regular and consistent fan events from now on. 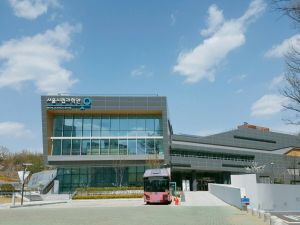 These are only what I can recall. I am sure I must have missed a few things because everything is happening at the same time and there are numerous on-going projects. And it is just beginning.

KSFA will hopefully grow the way Korean SF did, steadily but surely.

Karmic Demons and the Power of Compassion: Buddhist Philosophy in Modern Myth