Evidently Nasa’s been simulating dirt that is supposed to resemble Martian soil. There’s no way of knowing for sure if the red planet has the same sort of ‘earth’ that our space program’s alchemy is creating but the experiment seems feasible. After mixing some desert sands and volcanic ash together, and then sterilizing it, a facsimile has been produced, and the pros are pretty certain it’s the real thing. 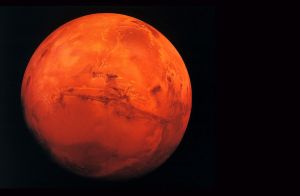 A delightful development to this experiment is that two worms were placed in this Martian soil and they have miraculously survived. What a discovery it is to find that a living creature could exist on Mars! Seeds have also been planted and certain crops have been grown. This is indeed a break through. I’m not sure what NASA is planning on doing with this information, but I have a vision as wild as any.

Imagine if you will, a planet where nothing else is done but farming! Robots could plant and harvest, and then deposit the morsels into silo space stations, shipping our lunches back and forth through the galaxy. No longer would earthlings need to harvest here, but we could instead pave over our entire globe with roads, parking lots and condominiums. Developers would have a field day, and the stock market would soar. We’d have so much more room here for increasing our population. What a wonderful idea for a story!

Someone would, of course, need to discover a way to water the crops, but that’s incidental. Read more

AI Experts suggest that all government have an “AI Czar”

Retro Review: Time Enough for Love by Robert A. Heinlein