The debate on the casting of a female Doctor on the show Doctor Who has been highly unfair to fans. 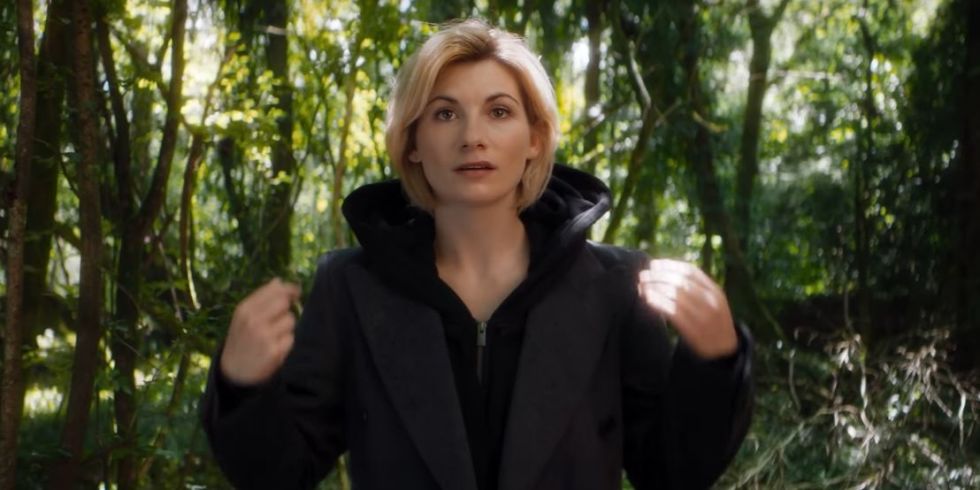 Here’s a joke that was aired on a new BBC comedy show, The Mash Report, the other day:

“Is Doctor Who too scary? Some fans have accused the show of going too far after it introduced its most terrifying creature yet…a woman.”

As a throwaway gag, I’d shrug it off, but I think it’s more than that. Amidst the debate about the casting of Jodie Whittaker as the 13th Doctor, I can’t help feeling there’s one group that it’s still okay to discriminate against: fans.

I’m not the most devoted Who fan, but I have more invested in it than the average person on the street. I’m a middle-aged man who’s watched the series, with varying degrees of enthusiasm, for most of my life. If I’m noncommittal about the prospects for the show’s next season, it’s because I haven’t seen much of Whittaker’s work, or that of the new show-runner, Chris Chibnall (I’m one of the handful of people in Britain who haven’t seen his series Broadchurch). I’m open-minded.

But I’ve felt like a bit of a bystander in the 13 Doctor debate, because that discussion has broken out of the fan and genre forums and been taken up by the big news media, especially in the UK.

On the liberal left, the Guardian warned us that “it will take more than a female Time Lord to change the world”, but that didn’t stop it running other opinion pieces with headlines like “A female Doctor? She’s the revolutionary feminist we need right now.”

On the right, the Daily Mail and The Sun gleefully reported the objections of those who proclaimed that political correctness had, once again, gone mad.

The Mail Online went on to run such edifying headlines as “Doctor Nude! First ever female Time Lord Jodie Whittaker joins her predecessors in stripping off on camera after having sex on the stairs in 2014 drama” and “Even Time Lords need to do the grocery shopping! Bare-faced Doctor Who newbie Jodie Whittaker wears ripped baggy jeans for very low-key supermarket spree.”

The trouble is that the loudest discussion of Doctor Who is being conducted by people who don’t much care about the show and certainly don’t care about its fans.

The fans are mentioned, of course. Sometimes real fan comment is included in the stories – but it’s always the angriest, most unreasonable opinions that are harvested from Twitter and forums and turned into news.

Often, the show’s devotees are derided as man-babies who can’t accept change.

Alison Graham in the Radio Times wrote: “I don’t know who you objecting people are and I’d rather you stayed in your bedrooms with the curtains drawn than bothered the rest of us.

“But get over yourselves. Just remember, your favourite show disappeared from screens for 16 years … Can’t you simply enjoy the fact that your adored show went and came back and remains to this day well-watched and well-loved?”

If you want to see fans as angry, small-minded people who can’t accept change, it’s easy to collect evidence for that view – especially on Twitter, where subtlety and even-handedness do not play well.

Many Who fans seem immature because they are. They’re children or adolescents who haven’t dealt with the politics of identity and diversity yet, and who will one day think differently than they do today.

And if some adult fans do share some of the social awkwardness, and uneasiness about change, that are lampooned in the media, might those not be traits that should be understood rather than mocked?

Peter Davison, the fifth Doctor, seems to have understood this when he said (after proclaiming “Jodie Whittaker is the next Doctor and that’s great”) that “there’s too much bile coming from both sides”, adding: “I think fans who are doubtful, who are uncertain should be encouraged and welcomed. And just approach it with an open mind.” Naturally, the juicier bits of a lengthy quote were taken out of context and Davison was decried as a sexist until he quit the nuance-free platform of Twitter.

Sometimes, it can seem as though genre fans rule the entertainment world. The film industry is producing apparently endless cycles of superhero and Star Wars movies, while SF makes up a big proportion of new TV. But while the news and entertainment industries are happy to cater to genre lovers, it sometimes seems they don’t like us very much.

Don’t expect that to change when the Whittaker-Chibnall era of Doctor Who arrives and the debate in the news media really begins.

An Elegy to Pohl