If a “nation killer” asteroid comes heading our way, Bruce Willis won’t be able to save us. 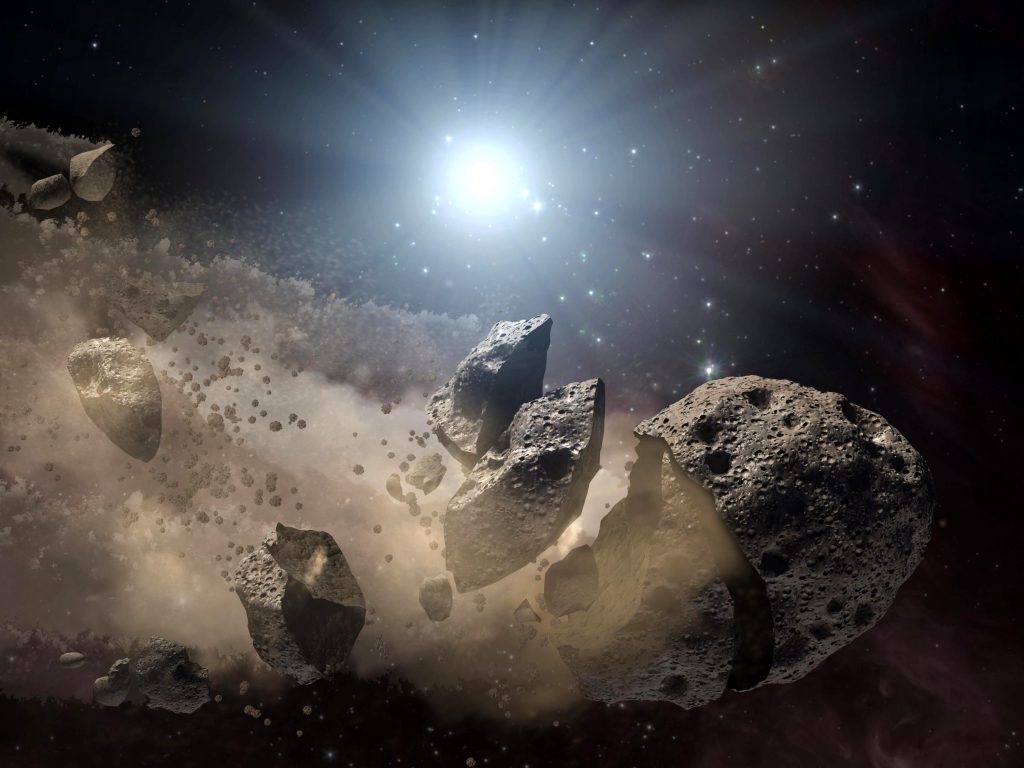 In an earlier post I talked about the ongoing risk of a sizable asteroid impacting Earth, causing atomic bomb-like destruction, and the still-nascent technologies we’ve developed so far just to track asteroids. So an obvious question is, if we did discover one headed for a bullseye with Earth, and if we had enough time to react, what could we do about it?

The answer at this point is: not much. In the words of NASA administrator Charles Bolden, “If it’s coming in three weeks, pray.” The difficulty comes from attempting to stop, slow or even deflect a massively destructive boulder, which might range in girth anywhere from the size of a tractor-trailer to a planetoid hundreds of miles in diameter, traveling at 40,000 miles per hour.

That’s not to say no one is worrying about it. In fact, several of NASA’s finest have given the problem a lot of thought and so far they’ve come up with three options they’ve labeled “Nuke”, “Kick” or “Tug”.

“Nuke” is pretty much what it sounds like: transport a nuclear weapon to the vicinity of the asteroid and set it off. We’ve seen that technique used in the movie Armageddon when Bruce Willis detonated an H-bomb on the surface of the “Texas-sized” asteroid and blew it to bits, singlehandedly saving the world.

Um … well, no. The problem is that even our most powerful thermonuclear weapon couldn’t destroy an asteroid that massive. Worse, it might fracture the beast into a few chunks (“Houston-sized?”) and we’d have not one, but several planet-destroyer asteroids headed our way. Not a good finale as the closing credits roll.

Rather than brute force (Bruce force?), we’ll need to do interplanetary judo on the monster. We can foil it using smaller nukes, plus the peculiar math and magic of orbital mechanics. While an enormous asteroid can’t be stopped or exploded to extinction, it can be persuaded to go somewhere else and leave us alone. 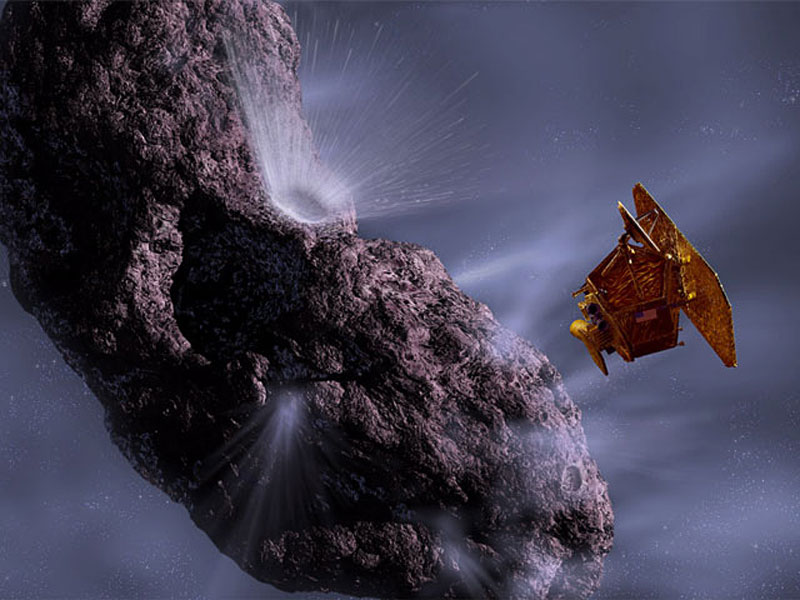 NASA has determined that one or a series of small nuclear bombs detonated some distance away from the asteroid, perhaps trailing it (so called “standoff explosions”), could transfer enough energy and momentum to the asteroid to adjust its orbit slightly, to deflect it, so it’s no longer on a collision path with Earth. That’s NASA’s “Nuke” option.

“Kick” is sort of a non-nuke version of persuasion. The idea here is to slam something into the asteroid to push it (nudge it?) into a different orbit. NASA, being NASA, calls this “kinetic impact”. The impactor could take several forms. Ram it with a spaceship. Shove another small asteroid into it. Train a laser beam or a large focusing mirror on it, burning a small crater in one end of the asteroid and boiling it away, producing a carved-out natural “rocket engine” that would change its orbit. 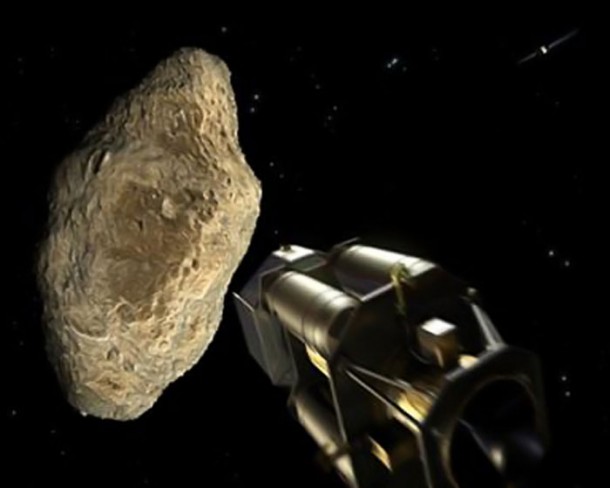 To me, “Tug” is the coolest option because it uses the Star Trek tractor beam concept to drag the asteroid away. In fact, NASA calls this a “gravity tractor”. The idea is to station something heavy beside the asteroid while it makes its way to Earth, and then let the two of them coast along together for months (for a smallish boulder) or years (for a big one) and allow gravity to do its thing. The relatively small mass of the “tractor” will nevertheless exert a weak but steady gravitational attraction on the killer rock which will slowly cause it to drift into a safer, i.e. non-collision, orbit.

All of this NASA thinking is seriously clever, but there are major challenges. First, whether we “Nuke”, “Kick” or “Tug” the asteroid, we need to identify its threat with enough lead time to get our spacecraft to the monster and work our mojo on it. All of the techniques, and especially the gravity tug, require spending a lot of time around the asteroid while we gradually shift its orbit away from us.

The larger the asteroid, the more time that takes. For the so-called “planet buster” asteroids we would need to launch it many years ahead of impact just to get out there in time. But none of this technology is available, and whenever it is developed it will require several years of testing before we’re ready to launch it. 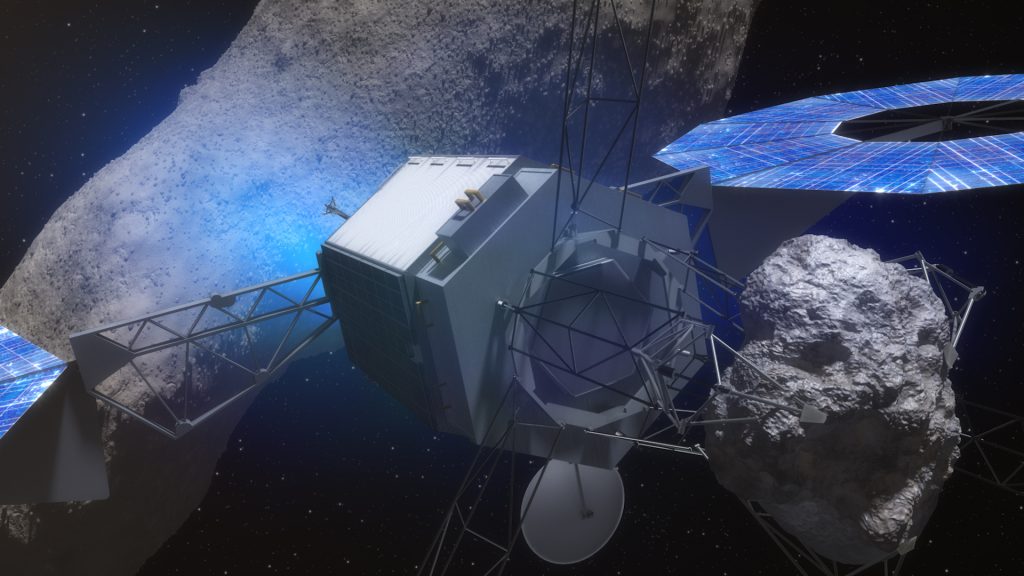 As I’ve mentioned elsewhere, the most comprehensive work being done at the moment is the somewhat off-centered initiative announced by NASA in 2013 called the Asteroid Redirect Mission (ARM).

That plan is to develop and build an unmanned spacecraft that can rendezvous with a near-earth asteroid, carve away a chunk of it weighing a ton or so, and tow it back to a lunar orbit where astronauts arriving in an Orion Spacecraft can explore and study it and return samples to Earth for more detailed analysis. This program is planned (hoped) to be ready by the mid-2020s.

NASA’s website states that ARM is part of their larger plan “to advance the new technologies and spaceflight experience needed for a human mission to the Martian system in the 2030s”. I’m a little fuzzy on how this mission leads us to Mars, but many of the technologies involved (asteroid rendezvous, asteroid carving and asteroid repositioning) would absolutely be relevant to learning how to deflect a killer asteroid.

And recently, NASA and the European Space Agency have agreed to develop a joint Asteroid Impact Mission (AIM) to rendezvous with a small, near-earth and non-threatening asteroid named Didymos and attempt a kinetic impact using a much smaller nearby asteroid to “Kick” it into an adjusted orbit. All this as a way to test this option for deflecting an asteroid.  However the two agencies are only at the talking phase, and funding for the mission has not been identified or allocated.

The single biggest problem with all of these plans is focus and funding; not enough politicians and decision makers take the danger seriously. The costs of developing the technology are high and the lead time required to launch it is long, so it could be several more decades before we’d be ready to mount such a mission. 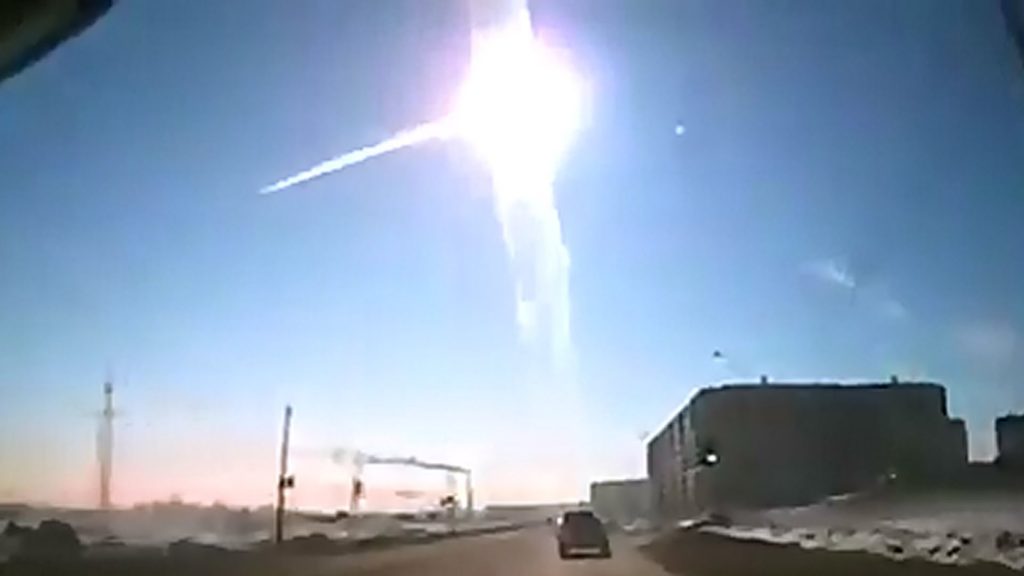 Even the “ducked-a-bullet” disaster in February 2013, when the Chelyabinsk meteor exploded in the sky over Russia, wasn’t threatening enough to spark an international outcry to demand we move out quickly.  In the words of former Apollo astronaut Rusty Schweickart, who has been raising this alarm for years:

“I fear there’s not enough of a collective survival instinct to really overcome the centrifugal political forces. That is, in a nutshell, the reason we’ll get hit. Not because technically we don’t know it’s coming, or we can’t do something about it.”

Let’s hope it doesn’t come to that.

Dark Matter does not appear to affect star or planet formation, no matter how much or little of it there may be in different universes.

There were several notable achievements of the Apollo 14 Moon Mission. One that was abetted by the free time gained using the new flag design was that Alan Shepard became the first golfer on the Moon.

Sex and the Senshi

Physicists Built a Machine That Breaks the Normal Rules of Light