ISS Astronaut Captain Samantha Cristoforetti is one of the first women fighter pilots in the Italian Air Force, logging over 500 flight hours on six types of aircraft. She’s also a big SF fan!

In the earliest days of manned spaceflight, the term “astronaut” evoked the popular image of a white male “jet jockey” who was a citizen of either the United States or the Soviet Union (referred to as a cosmonaut there). NASA did nothing to challenge that stereotype until 1983, when Sally Ride became the first American woman, and Guy Bluford the first African American man, to ride the Space Shuttle into orbit.

The USSR definitely won that leg of the space race – by twenty years. On June 16, 1963, they launched textile factory employee Valentina Tereshkova on a three day space mission in Vostok 6. (Tereshkova was also a highly skilled amateur parachutist, an expertise that led to her selection as a cosmonaut.)  The first woman in space orbited the Earth six years before Neil Armstrong stepped out onto the Moon.

Though spaceflight diversity was slow in coming, as of 2015 more than 70 women and persons of color have travelled into space. And citizens of 40 countries, including Afghanistan, Brazil, Bulgaria, Cuba, Czechoslovakia and Italy, have officially become astronauts.

One of these became a more well-known space traveler, especially among Star Trek fans.  International Space Station astronaut and Italian Air Force Captain Samantha Cristoforetti was a member of the six person crew on board ISS from November 2014 to June 2015. I talked about her earlier in these blogs because she is also a big science fiction fan.

She holds the records for longest single space flight by a woman (199 days 16 hours) and for the longest spaceflight by a European astronaut. She’s the first Italian woman to go into space.

Samantha Cristoforetti is also known as the first person to drink a cup of freshly-brewed espresso coffee in space. She enjoyed some “Earl Grey, hot” (well, actually espresso) brewed in the newly installed ISSpresso machine. The Italian coffee manufacturer Lavazza teamed with Argotec, an Italian engineering firm, to build and deliver an espresso maker specifically for use on the International Space Station. Its design had to account for the unique behavior of fluids in microgravity.

Captain Cristoforetti displayed her SF credentials while onboard ISS by donning the Star Trek uniform of Captain Kathryn Janeway of the Federation Starship U.S.S. Voyager (above). She also wore a “Don’t Panic” t-shirt while she read from Douglas Adams’ “The Hitchhiker’s Guide to the Galaxy”. 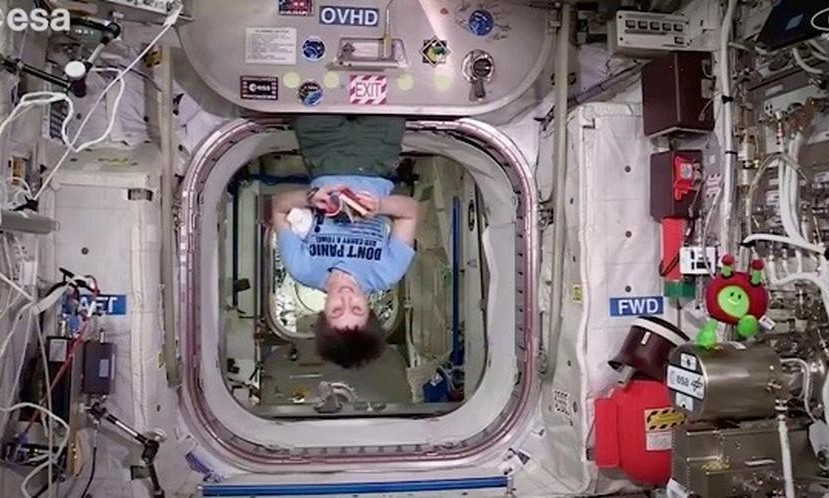 Despite her fun-loving nature, Cristoforetti has heavyweight aerospace credentials. When she was 18, she used a US foreign exchange program to attend NASA’s Space Camp in Huntsville, Alabama. Later she graduated from the Technical University of Munich with a master’s degree in mechanical engineering, with a specialty in aerospace propulsion. Her master’s thesis focused on solid rocket propellant research. She also completed a bachelor’s degree in aeronautical sciences at the University of Naples Federico II, Italy.

She then enrolled in the Italian Air Force Academy in Pozzuoli, Italy, and after completing Euro-NATO Joint Jet Pilot Training, she became a fighter pilot assigned to the 132nd Squadron, 51st Bomber Wing, based in Istrana, Italy. 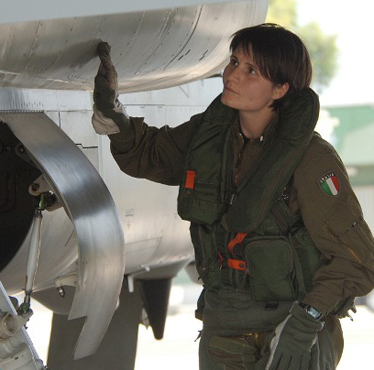 She now she holds the rank of Captain, a title she shares with her role model Katheryn Janeway.

The founding of a Chinese fan organization – Apple Core. The essential idea is to get science fiction and fantasy fans together, providing them the opportunities to learn new things and have fun.