SPECIAL NOTE: Get and read Matthew Foster’s Welcome to the Doomsphere:  Sad Puppies, Hugos and Politics

Women don’t want to be called “Gamers”.  Some wonder why

A hoodie just for graying old fandom (obviously they chose a hoodie so we could hide our gray and fading hair….)

Some companies have too much money

…because you were listening to the latest issue of StarShipSofa

Sucharitkul reminisces over his first encounter with the Jedi

We Are All SF con startup looking for backing and panelists 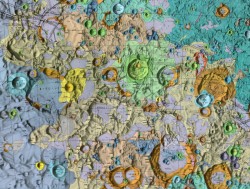 Science Fiction doesn’t predict the future…that would be silly

Whatever they were handing out at the US Geological Survey offices in the 70s, I want some

Apollo 11 capsule being scanned for a detailed view

Neighbors in side view mirror may be closer than you think:  planets in Goldilocks zone only 14 LY away

We’ve got just one day left on our membership drive this year, and we’ve been very appreciative of the support we’ve received so far. The 111 backers we’ve already gotten is more than any other drive to date. You can still sign up to be one of our members by joining the membership drive. Help us set an impressive milestone for years to come!

Because of the success of this drive, we’ll be improving RPGnet’s mobile experience in 2016 and also spending at least one week of additional work on proactive RPGnet development. If we manage to hit $6,500 (which is a way off), we’ll also have a mandate to improve RPGnet reviews and columns.

Oh, and there are free PDFs! Every member in January and February will get eight of them. We’ve told you about five in previous newsletters. The last three we grouped together because they’re all Cthulhu-related.

First up, we have two issues of The Unspeakable Oath, #23 and #24. At this point, The Unspeakable Oath is the oldest currently published magazine in the roleplaying industry. It’s been offering Cthulhu goodness since 1991, which means it has a twenty-fifth birthday coming up. Yeah, that’s just an issue a year, but it’s still an impressive record for an industry that’s always been hard on magazines. So see what TUO is doing now!

Second up, we have Extraordinary Renditions, the newest book of Delta Green short fiction. This was the setting that totally reinvented Call of Cthulhu roleplaying in the ’90s, and it’s now being reinvented itself in the early 21st century.

And that’s it for our eight PDFs. Please consider supporting RPGnet by becoming a member.

First, as almost always, Christopher Cecil published another edition of Fuzzy Thinking: “Never Bring a Knife to a Gun Fight?”. This comic represents more success in getting PCs to negotiate than yr. humble editor typically experiences.

Also returning was Sandy Antunes of Sandy’s Soapbox (and, you know RPGnet generally) with a request for requests for writing projects and column topics: “Will Sell Soul for College Tuition”.

“How does fear affect you?” This question – posed in Tabletop Roleplaying Game Design last week – has some obvious import for most types of RPG experiences. If you’re at all interested in digging deeper into the game mechanics of being scared (or psychological states generally), this thread is worth your time. (Related sleeper hit with self-explanatory title: “So what I just have “asskickin'” as an attribute?”)

Continuing with this week’s “questions” theme, head over to TRO for “Ever give your weapon of choice a name?”. It’s a quick, fun read and may provide inspiration for your own games.

Speaking of inspiration (boy, that segue was ham-handed), don’t miss “Exalted/ fantasay in general 32 flavours of local custom.” This thread has dozens of great ideas for unique cultural, economic, and social quirks to fill out your game worlds.

The brainchild of elusive (and fictional) military genius Addison Gunn, Extinction Biome is a new shared world in which some of the most talented new authors showcase their finest all–action SF under Gunn’s bullet–proof umbrella.

The first outing for Extinction Biome is Invasion, a pulse pounding and innovative series which will be released in five eBook novellas throughout the first half of 2016, culminating

in a collected print edition in the summer.

The novellas, penned by Anne Tibbets and Malcolm Cross under the strict tutelage of the mysterious Gunn, will chart humanity’s efforts to battle an ancient parasite that has awoken to infect and destroy humanity. In the finest Abaddon traditions, expect blood, guts and very little glory...

“It’s never been a more exciting time for military SF; a richer, more complex tradition, challenging the old gung–ho heroism and asking whether it’s worth saving the human race at the cost of their humanity, is growing out of the conversation. Addison Gunn – and Addison’s able assistants, Anne Tibbets and Malcolm Cross – have thrown themselves into that conversation, with a story of survival, horror and ecocide, in which the infection turns the human race against itself. It’s dark, and strange, and challenging, without compromising the bullet–fuelled, edge–of–the–seat action.”

Four years in the military, training for a war that never happened, left Alexander Miller disillusioned and apathetic. Now, as second in command of COBALT, a corporate bodyguard unit for the biotech giant Schaeffer–Yeager, he‘s little more than a glorified chauffeur to the wealthy elite. But times change.

A threat from the ancient past has reawakened, and like a Biblical plague it threatens to consume every ecosystem on Earth. Hordes of parasite–infected humans riot against the increasingly powerless authorities as vast fungal blooms destroy crops and terrifying beasts stalk city streets.

The last time this happened, T–Rex found itself on the menu. But mankind‘s got more than teeth – it‘s got guns. Miller and the men and women of COBALT are pressed into service to fight the onslaught, but they have no idea how cut–throat their corporate masters can be...

The series will be published e–first, with a collected edition hitting shelves in June 2016. The novella release schedule can be found below:

Extinction Biome: Invasion is the creation of jungle warrior, revolutionary, counter–revolutionary and outdoorsperson Addison Gunn. But who is Addison Gunn? Addison’s too damn busy to answer that. Instead Gunn’s wrangled some of the best new talents in the genre to pen this exciting new series...

After writing for Children‘s television, Anne Tibbets found her way to writing novels by following what she loves: books, strong female characters, twisted family dynamics, magic, sword fights, quick moving plots, and ferocious and cuddly animals. Anne divides her time between writing, her family, and two furry creatures that she secretly believes are plotting her assassination.

Malcolm Cross lives in London and enjoys the personal space and privacy that the city is known for. When not misdirecting tourists to nonexistent landmarks, Malcolm is likely to be writing. A member of the furry fandom, he won the 2012

by Addison Gunn with Anne Tibbets

by Addison Gunn with Anne Tibbets

Pre–order: Amazo n UK|Amaz on US