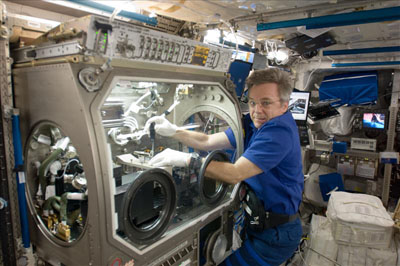 I mentioned in an earlier blog that, even as we speak, a considerable amount of science is being done on the International Space Station, and across a wide range of disciplines.  Numerous U.S. and International research organizations have entered into cooperative agreements with NASA to employ the unique laboratory conditions of the ISS, and the specialized talents of its crewmembers, to pursue cutting-edge experiments specific to their fields.

The broad categories of scientific study, conducted by teams from universities, government agencies and privately funded companies, include Biology and Biotechnology, Earth and Space Science, Physical Science, and Human Studies.  But within these groupings are literally hundreds of individual experiments in areas ranging from animal, plant, and cellular biology, to astrobiology and astrophysics, to human bone physiology and immune system responses, to combustion science and fluid physics.

Take the time to look at this link to the ISS Science and Technology site to see the full spectrum of ISS science research.  I think it’ll blow you away.

As with nearly all scientific research, many of these are still in their early stages.  But any number of them could lead to breakthroughs that might substantially improve both the quality of life on Earth, as well as advance the prospects for long-term human spaceflight. 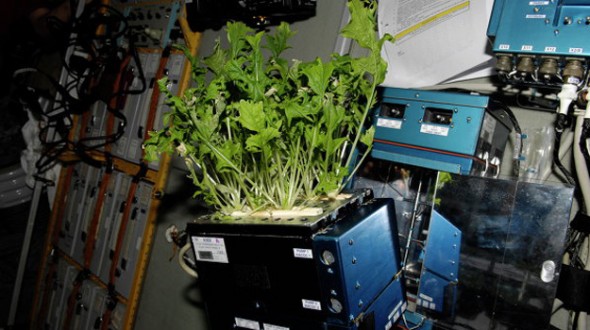 Here is a very tiny taste of a few of the coolest research projects:

NASA is testing a microgravity space garden that could supply the lighting and nutrients needed to support a variety of plant species.  The idea is to provide the crew on a long space voyage both fresh food and the pleasant ambiance of decorative plants. (Anybody remember “Silent Running”?)

A University of California team wants to determine whether a mouse vaccinated prior to flight retains its immune cell “memory” to fight that same infection during the microgravity environment of spaceflight.  If not, human astronauts on long-duration missions might need revaccination during flight to prevent reinfection.  This also has implications for a better understanding of human immunology on Earth-bound patients.

A team of scientists is evaluating the ability to track and forecast the impacts of hurricanes and typhoons from the ISS.  Outside of North America, most of the world does not yet have the technology to determine the projected path and intensity of these storms, so providing a space-based one could be a literal life-saver.

A private Texas corporation is investigating the advantages of producing silver and aluminum alloys in the microgravity of near-earth orbit, to produce (among other things) lighter, stronger golf clubs. (Seriously)

A study led by the Japanese Space Center is testing a non-invasive health-monitoring system (i.e. Dr. McCoy’s Medical Tricorder?) that measures, stores, and analyzes an astronaut’s medical data and transmits it real-time to earth-based doctors for diagnosis.  Here again, this technology also has application for remote medical diagnosis for hospitalized patients on Earth.

That barely scratches the surface of the science stuff, and doesn’t include the innovative, even revolutionary, technology work being done on ISS, which I’ll cover in a later blog.