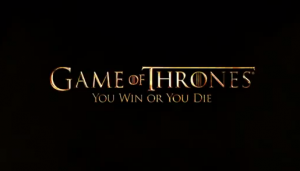 Alas, every honeymoon must eventually end. When it does, you find out if you made the right choice. If you did, you’ll live happily ever after. If you discover you’ve made the wrong choice, you’ll either start looking for a lawyer or hunker down for a life of misery.

Diehard Song of Ice and Fire fans are coming to grips with the harsh reality that the honeymoon has ended for their favorite television show, Game of Thrones. They find themselves in an awkward position. Call their lawyer or grin and bear it.

From the start, George R. R. Martin and the show runners, David Benioff and D. B. Weiss, declared that the HBO series Game of Thrones would diverge from the novel. The harsh truth is that television and film have different rules than 7,000 page novels.

Limitations in budget, run time, and audience expectations add to the need for divergence. The phonebook of characters in Martin’s original tale could never reasonably be cast nor given enough screen time to matter. The producers allowed these limitations to push some story elements onto different characters. They even allowed themselves to change the nature of certain key characters.

For four seasons, the fans smiled and accepted. They felt that the creative license used by HBO and its employees gave them a sense of the unknown. Fans who had read the book a dozen times were suddenly able to enjoy a fresh twist here and there while remaining true to the spirit of the novel. (Yes, it is a single novel in seven parts. See beginning, middle, and end.)

Season five has blown in a harsh storm. The love-fest  is over. Fans are in an uproar. For the casual fan, the changes may go unnoticed. The hardcore know the truth.

SPOILERS: The legendary character Barristan Selmy gets offed in the television series, preventing him from reaching the height of his character in the novel. Some speculate that killing off favorite characters seemed so popular in the first four seasons, HBO decided that you could never get too much of a good thing. The shock and surprise element appears to have backfired with the true believers.

The grievances of the fans go much deeper. Many believe that the character of Loras Tyrell has been marginalized into nothing more than a shallow gay knight. In the novel, Loras is sent away to a great siege by Cersei Lannister where he dies a hero’s death. In the television series, Loras is arrested for being gay. We can only assume that he will soon be put to death for his sexual preference. Is this a desperate attempt by the showrunners to inject a modern day theme into a fantasy series? Or did they lack the budget to film a siege?

There are also rumblings regarding the attention given to minor characters in the series that leaves viewers reaching for the fast forward button. The characters of Grey Worm and Missandei are background players in the novels, but they continue to gain more and more airtime on HBO.

Some fans are confused by this sudden rise to fame of this couple. Others understand that the couple has risen to leading roles based on a lack of ethnic diversity in the television series. Epic fantasy is not well known for ethnic diversity. Gene Roddenberry led television into the world of diversity with his science fiction classic Star Trek. The other big franchise Star Wars is only finding the path with Episode VII. Game of Thrones started to address this issue in Season 4.

All this might seem like minor issues to the casual fan, but the battle lines are forming. Already the first shots have been fired. When George R. R. Martin’s editor, Jane Johnson, takes to social media to bash the changes made in the television series, we know there is trouble in paradise.

Beyond Jane, other longtime confidants of Martin have taken to organizing electrons in opposition to the fraying storyline of the television series.  If all these friends of the author are steaming, we can only imagine Martin himself is less than pleased with this divergence. 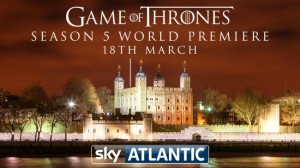 Regrettably George R. R. Martin is not the first author to find disappointment in Hollywood. Tragically he will not be the last. Many imagined he was immune. By all measurables, the marriage has been a great success, but the future is uncertain.

The heart of the problem is uncharted territory. Typically Hollywood only rolls out the Brinks truck for completed stories. In the case of A Song of Ice and Fire, they took a gamble that Martin would be able to land the final two installments before the television series would need them.

It didn’t work out that way. Martin is still writing the last two parts of the novel, and the television series will most likely be completed years before the final piece.

Never before, in my recollection, has an author and editor been faced with such a terrible fate. A New York Times Bestselling novel will have its entire plot spoiled by a television series. 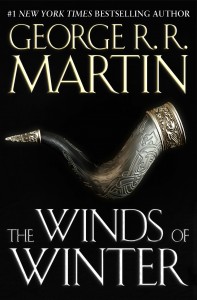 The poor fans are left with a choice. Do I wait for the novel or watch the final two seasons of the television show? Ouch. Fortunately, we all have another year to ponder this dilemma.

The concerns of the editor go beyond creative differences. If the showrunners manage to derail the train with bad story choices, the numbers on the final two novels could be drastically damaged.

How many fans might be left with a sour taste in their mouths after David and Dan crash the train into the station? What will be the total loss in sales if we already know how it ends and we aren’t impressed? Even if HBO manages to finish the series in style, the best held secrets of the author will be well publicized.

George R. R. Martin finds himself in a difficult situation. His greatest triumph continues to slowly transform into vinegar. HBO versus George R. R. Martin is the heavyweight fight of the century. I’m a sucker for a happy ending. I hope Martin wins.