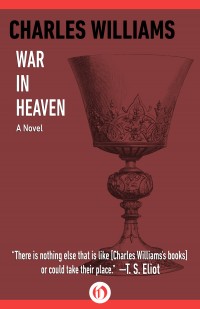 Best friend to JRR Tolkien and CS Lewis, Charles Williams is the sometimes overlooked – but incredibly influential – member of their writing group, “the Inklings.”

While Williams achieved less commercial success in his day than his friends, TS Eliot said of his work, “there is nothing else that is like them or could take their place,” and he was credited by CS Lewis for trailblazing a type of story which mixes “the probable and the marvelous.”

In other words, Charles Williams was perhaps the first author of the supernatural thriller – a genre which has exploded in recent years, drawing on noir mystery, thriller, contemporary fantasy, and frequently on religious themes, to form a blend all its own. Preceding the likes of The Da Vinci Code by half a century, Williams’ first novel, War in Heaven is a provocative, page-turning tale of a race for the Holy Grail.

Open Road Media has made up a fun “How well do you know the Inklings?” quiz. Check it out – we’re sure you’ll learn something new about some of your favorite authors!