Ever since Iron Man became one of the greatest superhero movies ever made and kick-started the Marvel Cinematic Universe, moviegoers around the world have been treated to films featuring one hero after another from Marvel’s huge corpus of superheroes. Most of these have been well-known heroes, such as the legendary Captain America, Thor, and the Hulk. Other major characters, such as S.H.I.E.L.D leader Nick Fury and Bucky Barnes, have also appeared in several of the movies. The MCU films have also recently gone a different route and introduced us to Star Lord, Drax, Rocket, Groot, and Gamora—the Guardians of the Galaxy, who were up until recently one of Marvel’s more unknown properties. The Guardians film has grossed almost $700 million at the box office, more so than Thor and Captain America: The First Avenger. With a long list of films, most whose titles have not yet been released, scheduled all the way through 2020 and beyond, there has been much speculation regarding which heroes will be getting sequels and what new ones Marvel might try and introduce to the world.

Keeping in mind the vision and feel of the Marvel Cinematic Universe and its comic book origins, here are my own personal ideas as to which Marvel characters should be given their own place in the MCU.

1) The Black Panther: King of Wakanda and Chief of the Panther Clan, T’challa is the Black Panther. Given panther-like abilities very similar to those of Captain America by a heart-shaped herb and spiritual connection to a Panther God, T’Challa is one of the major Avengers. His nation holds the world’s largest supply of fictional vibranium (used in Captain America’s shield and in the evil Ultron) and is one of the most interesting locations in the Marvel universe. As the release date for the second Avengers film rapidly approaches, with at least a third on the way, the Avengers will need the acrobatic and technological know-how of Panther to eventually battle Thanos and his Infinity Gauntlet. His friendship (in the comics) with Steve Rogers could easily serve as an interesting foil to the friendship between Tony Stark and Bruce Banner. Both are outsiders far away from the worlds they know and love, so it would be easy for the two of them to cope and develop a camaraderie that could also lead to crossovers. 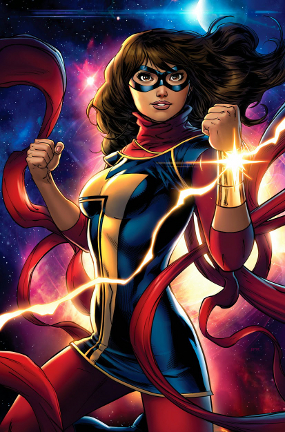 2) Ms. Marvel: While not necessarily one of my favorite heroines, I can’t help but acknowledge Carol Danvers’ popularity among fans. Having Ms. Marvel join the MCU makes perfect sense. In the comics she gained her powers as a result of the explosion of a Kree weapon, and the Kree Empire has been firmly established by the Guardians of the Galaxy movie. In recent comics and TV shows she has become an important member of the Avengers and highly regarded among fans. Also, seeing as how the MCU is lacking in female superheroes, the addition of Ms. Marvel could be a great way for Marvel Studios to expand its roster and even out the male-to-female superhero ratio. 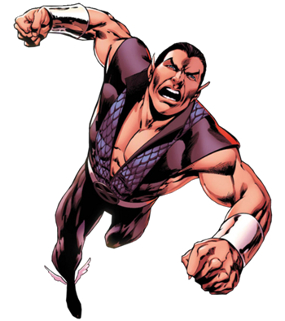 3) Namor the Sub-Mariner: Roughly equivalent to DC’s Aquaman, Namor is Marvel’s King of Atlantas. The son of a human male and Atlantean princess, Namor has superhuman strength, flight, and various underwater capabilities. In the comics he fought against the Axis powers alongside Captain America as part of the Invaders, and has had numerous dealings with other Marvel characters ever since. At the end of the second Iron Man film, a map of alleged superhuman activity has a marking over the middle of the Atlantic Ocean, which has been heavily implied to mean that Namor and his mystical kingdom have been acknowledged in the Marvel Cinematic Universe. I personally would love to see Marvel do an Invaders movie, set during World War II. This could have Captain America and Namor meet for the very first time and battle HYDRA forces together, and possibly also lead to Namor resurfacing to help his old friend out when The Mad Titan comes to Earth in a future Avengers film. However, as Marvel Studios has a trend of changing origin stories they could potentially introduce any of the characters any way they want, with whatever background they choose. Either way, bringing Namor and his deep sea adventures to the big screen could be another new frontier for the MCU. 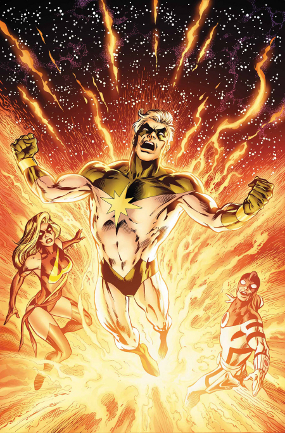 4) Mar-vell, aka Captain Marvel: I’m adding this relatively-unknown hero to the list because of a bit of comic book history trivia that has been resurfacing as of late. The original Captain Marvel is now a DC comics property under the name SHAZAM. Before DC acquired the rights to the character, Marvel bought the rights to the name and gave it to Captain Mar-vell, a Kree hero who has had multiple dealings with the Avengers over the years. With the Kree now a permanent fixture in the MCU and the pre-production of a new SHAZAM movie, it wouldn’t be too hard to bring Mar-vell into the mix. Also, with a name like “Captain Marvel” the MCU has a chance to add a potentially bad-ass hero with a bad-ass name to the universe. 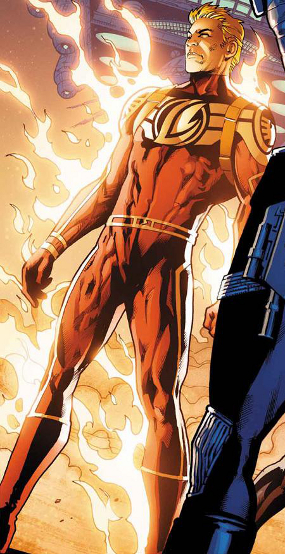 5) The Human Torch: No, I am not referring to Johnny Storm of the Fantastic Four, who is in the process of being rebooted by Fox. At the beginning of Captain America: The First Avengers, during the Stark Expo scene a red-suited android could be seen in a glass tube on display. This is Jim Hammond, an android created by Professor Phineas Horton. Like Namor, he was a member of the Invaders who fought evil alongside Captain America and Bucky Barnes. He also has the honor of being the first-ever Marvel superhero, having been the first hero to appear in the Marvel predecessor Timely Comics. In a sense, his cameo means that he did, in fact, appear in the MCU, but very few people even noticed the glimpse of him, let alone know that he was more than a mannequin in a big glass jar. Allowing Jim Hammond to appear fully in an MCU movie would bring nostalgia and possibly some more chances at flashback films in the MCU. With the Marvel universe expanding into the cosmos in recent times, perhaps going back in time is what Marvel needs in order to keep their movie franchise moving.

Again, these are just the opinions of a die-hard fan boy possibly trying to settle adolescent dreams, but instead of them making movies with just the major players I thought it would be wise to mention a few that most people have never heard about before. It brings a whole new dimension to the term “expanded universe” to think outside the box.