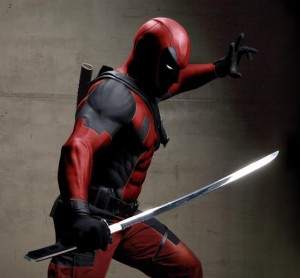 So I stumbled across the test footage for the Deadpool film – man moving house and having no internet has really left me behind the times with the old movie and TV show news! Deadpool stars Ryan Reynolds. You may recall him appearing in X-Men Origins: Wolverine. Although at the end of that film he has his mouth stitched up.

Well in this test shot that has appeared online, he appears to be talking, and is Ryan Reynolds back at his background of comedy. But. He is doing a Batfleck, how many super heroes does one person need to be across DC and Marvel?! Com’on guys!

Anyway, check out this clip. I think it looks a bit low budget, but I’m guessing this is not the finished project. It could be quite good. It is another character I’m not familiar with, so will be interesting to see if this goes any further than this test.