A collection of books and recent endeavors from notable authors in science fiction. 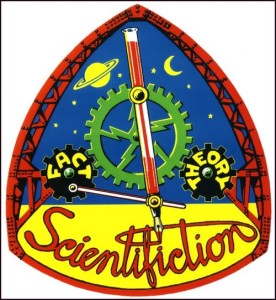 Looking for something great to read while you’re hunkered down inside waiting for the ice to melt? Let some of the amazing names in science fiction tell you about a few titles that they brought into the world. They are each worth a good read. I present the latest installment of the ultimate science fiction reading list.

I think of my novel Shaman as a particular kind of science fiction, which examines what we are as human beings by looking at how we became what we are now. Also, it took the sciences of archeology and anthropology to provide the information necessary to write the book, because prehistory is literally prehistorical, in that we have no texts from the time, and have to infer what life was like by what was left behind, and by analogy to first peoples still around when industrial society colonized the planet. So, this is partly a scientific process, and I have made use of all those findings, some of them very new, to write my book.

In particular, the 1991 finding of the ice man on the glacier between Italy and Austria, with all his gear frozen and intact, was a big inspiration to me; his gear kit was very sophisticated and resembled my backpacking gear in design, and I wanted to write about that. Then the discovery of the Chauvet cave in 1994 gave me my particular story; it was painted 32,000 years ago, the paintings are beautiful, and they suggest an animal-focused culture with mysterious beliefs. So I tried to tell the story of the people who painted the cave. 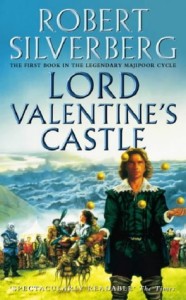 In the early 1970s I had, like many other science-fiction writers, gone in for some degree of literary experimentation, pushing the boundaries of the field as far as I could. But science fiction is a category of commercial publishing, and the boundaries began to push back at me—the readers made it clear that they wanted more emphasis on storytelling than on experimentation. So I took a few years off to regroup and when I returned it was with a renewed emphasis on storytelling, notably in Lord Valentine’s Castle.

I wanted to create a wonderful world full of beautiful and surprising things—marvelous cities, strange plants and animals, glorious landscapes—and use it as the backdrop for an appealing and memorable story. I think I succeeded at that.

Early next year Tachyon will publish Lovecraft’s Monsters, a reprint anthology (including one original story) with illustrations by John Coulthart for each Lovecraftian critter in the book.

Chizine will be publishing Fearful Symmetries in 2014. I’ve just finished another reprint anthology, this one on movies –most of the stories exceedingly dark– for Tachyon called The Cutting Room. It’ll be out in early 2015. I’m working on a couple of other horror anthologies which will be out in 2015, I think.

Terri and I have a few ideas for new anthologies and we’re hoping to sell them.

In addition, I’ve recently acquired a Christmas story plus several other stories for Tor.com, all of which will be published next spring.

Mars, Inc: The Billionaire’s Club The novel is based on my realization that a few billionaires such as Jeff Bezos and Bill Gates could fund a human expedition to Mars out of their own pockets. At the moment, I’m working on a novel together with a top NASA engineer about a mission to Mars that runs into a potentially fatal accident.

The Immortals is about a man, a homeless drifter, who sells his blood to a hospital and it rejuvenates a millionaire (now he would be a billionaire). The millionaire begins losing his rejuvenation and searches for the reason, but by the time he discovers the source, the doctor in charge has told the drifter to hide himself and father lots of children. The rest of the novel (in three additional parts, later four when Pocket Books reprinted the novel in the early 2000s) deals with the search for Cartwright and his children by rich, dying people, as society itself is changed by the recognition that immortality is possible, the medical centers grow rapidly, money gets pushed into medical research, and poor people have to sell themselves or their parts (very much like the situation today).

I recommend peeking at The Curse of Chalion as the starter for the Chalion series (the flavor of which might be summed up as, “court intrigue, death magic, and speculative theology”), The Sharing Knife, Volume 1: Beguilement for that romantic-fantasy series (which, contrary to my usual practice, is numbered, and for a reason—that tetralogy is indeed one continuous tale divided into four volumes), or (my very first try at historical fantasy back in 1992), the stand-alone The Spirit Ring.

Well, they’re all pretty different. The Long Price has an almost literary sensibility. The Dagger and the Coin was meant to feel a lot more like a traditional fantasy – more swashbuckling, some epic quests. Balfour and Meriwether are my answer to steampunk. Gentlemen’s adventure in the 1880s made entirely of pulp and swashbuckling, with a little bitterness under the sugar that really you don’t even need to notice to enjoy them. 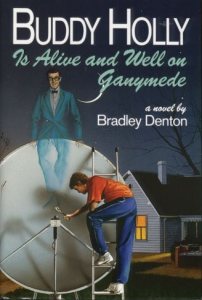 Buddy Holly Is Alive and Well on Ganymede begins on February 3, 1989 as every television program on Earth is taken over by a broadcast from the Jovian moon Ganymede.  Rock’n’roll legend Buddy Holly (who died in a plane crash along with Ritchie Valens and J.P. “The Big Bopper” Richardson in 1959) has apparently been resurrected and is now performing from a transparent dome on Ganymede — and he announces that there’s a sign on the TV camera stating “For more information, contact Oliver Vale.” Thus begins an Earth-wide manhunt for Oliver, who hits the road in a panic.

I’ve made the novel available as a free ebook under a Creative Commons license. It’s available from various sites around the Web — and one of the best is ManyBooks.net (where the CC-licensed ebook version is not only free, but offered in all current ebook formats).

I trust that you will find something to help pass these cold winter nights. Happy reading.

Game review: The Last of Us (Remastered)