Help David raise the funds for an emergency medical procedure for his son. Time is of the essence. 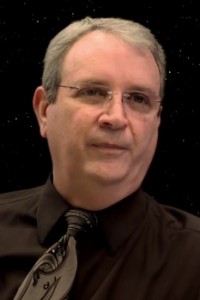 David Gerrold’s son needs an emergency operation and David is asking the fan community for help:

“I do not often ask other people for help. Maybe it’s the way I was raised, maybe it’s an issue of pride. Maybe because I like to be seen as the guy who can handle everything.

Here’s the thing. My son needs emergency surgery for a double hernia that is this close to paralyzing him. We can’t wait for next year’s insurance to kick in, and we’re not even sure yet what kind of coverage we can get for him. (Please spare me any rants you might want to post about health care in this country, unless you want to be
defriended.)

Anyway, I’ve got to raise nearly $10,000 for the specialist. I’m too proud to borrow it (and I don’t know anyone who has that kind of spare cash available anyway), but I’m thinking of a go-fund-me project to raise the cash. Here’s the incentive. If we make the target, I could make the first third of A METHOD FOR MADNESS available.”

David Gerrold is now accepting donations via PayPal. He’s trying to avoid spambots, so he says “It’s d(dot)gerrold(at)gmail(dot)com. Use a period instead of (dot). Thank you!” He says he’ll figure out something nice to do for everyone when it’s all over. Most of his fans don’t even care – he’s already given us a lifetime of writing really
good books. At least, that’s my opinion.

The above text was obtained from the SMoFs mailing list and would not have been reproduced here without a specific request by the poster to do so.

David has been a friend to Amazing Stories and I personally urge everyone to try and give him a little help.  I’ll be making a donation shortly after posting this message.  The same text is reproduced on Bleeding Cool.

See (and read) what you missed from Amazing Stories past