Home Writing The Art & Science of World Building: The Tools You Need to... 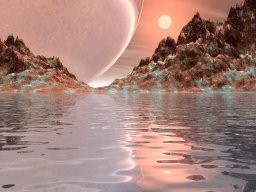 Most fantasy and science fictions novels require major world-building, which involves both real and imagined aspects.

World building spices real physical and social facts with the author’s imagination to create a civilization, a political structure, a culture and zeitgeist as backdrop and influence to story. Writers define world-building as the process of constructing an imaginary world, usually associated with a fictional universe.

Popularized at science fiction workshops during the 1970s, the term describes the development of an imaginary setting that is coherent and possesses a history, geography, and ecology that is rich, unique and resonates with the story’s premise.

The list below provides things to consider when first building your world:

Science vs. Art In World-Building

Part of the reason people read historical epics is to learn more about that particular civilization and time period. The reader trusts that the writer will give him or her the facts on the world, while taking liberties on the remaining story elements. Similarly, a science fiction reader opens the first book in Larry Niven’s Ringworld series with the expectation of learning about a made-up world based on accurate principals of science.

A lot of science fiction is written by nonscientists. That said, many science fiction readers— particularly those who enjoy hard science fiction—expect your science to be not only plausible but somewhat proven and your premise to be based upon sound scientific principle. They expect your research to be impeccable because they are expecting to learn something—in science.

“Fantasy writers have a penchant for working up histories of imaginary empires that can run for hundreds of pages, full of maps and chronologies and genealogical trees a yard long,” says Ansen Dibell, author of The Elements of Writing Fiction: Plot. “Similarly, science fiction writers can fall in love with their hardware and want to show it off,” he adds and describes this as a kind of narrative cancer, a “World-Builder’s disease.”

Most writers who world-build keep extensive files of background information on their worlds. In some cases, these can be published as companions to the main book series (e.g., J.K. Rowling’s books on Quiddich or magical creatures, which most certainly came from her extensive background notes). Dibell’s point is that this information doesn’t belong in the main book, where it can interfere with the process of storytelling. It becomes “info dump”, which is often very static, lacks drama, and proves ultimately boring.

Tying Your World to Theme and Plot

What’s important to remember is that the world you build is part of the story. It isn’t just a lot of “interesting” detail. The world you build, like a character in your story, plays a role in defining and supporting its theme. The major qualities of your world are, therefore, best derived for plot and thematic reasons—which come from “story”. The rest—the details—are things you can find in books, websites or get from experts in your local university, etc. Don’t let science intimidate you; but ensure that you get it right by using your resources and verifying your information with an expert. Use your local libraries, universities, colleges, and online resources. Interview scientists, technical people and other writers. That’s part of being a writer too.