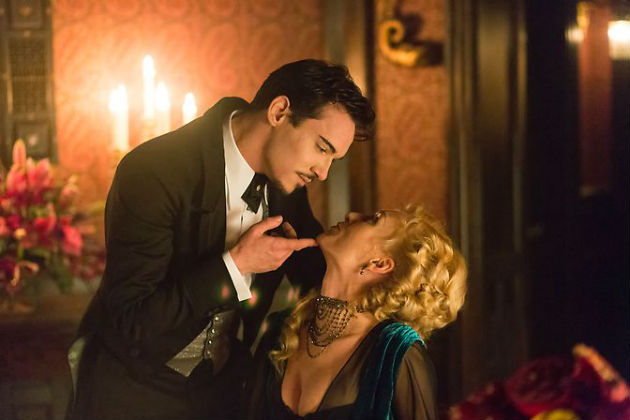 Vampire stories have always been a popular choice for the big and small screen, but they have been dominating over recent years, not just in the sci-fi world, but becoming a bigger popular culture than ever. Shows like True Blood have a large following, beyond the cult and the Twilight Saga had vampires leading the MTV movie awards for several years. And not forgetting The Vampire Diaries that has now split in two and has The Originals as its second outing. But, despite all of these success stories, it has been a while since anyone focused on the most famous vampire of all, Dracula. The last outing I recall seeing was Dracula 2000.

Well now Dracula is back, played by Tudors star Jonathan Rhys Meyers. In it we see Dracula woken up from his Iron coffin by non-other than Van Helsing. He arrives in London and poses as an American entrepreneur who wants to bring modern science to Victorian society. But this is all a disguise for his real mission, to seek revenge on the people who ruined his life many, many years, earlier. One of the people tied into this group of people however, appears to be the reincarnation of his dead wife – just to throw something else into the mix.

From watching the first episode, it’s not bad. JRM is perfect for the role. His portrayal of Henry VIII showcases how well he is at playing a character that loves himself and hates everyone else (I think it is also partly life imitating art). I think this show has set a good ground for Dracula and I’m interested to see where the show goes.