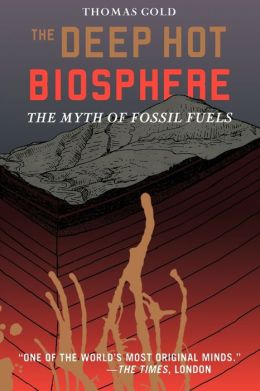 As a reader and writer of science fiction, I am also a reader of science magazines (and academic journals). The reason is that I am always on the lookout for new scientific discoveries, particularly those that cause a ruckus in the sciences. My “first” taste of anomalistic science was the (now-called) “Alvarez Hypothesis” regarding the famous KT extinction, now called the Cretaceous–Paleogene boundary event,  that wiped out the dinosaurs. At that time, it was all a mystery. The fossil record showed them happy as clams 65 million years ago. Then in a blink they were gone. I was working on my Ph.D. at the University of Utah in 1980 when an article appeared that said that a team of scientists, led by Nobel prize-winning physicist Luis Alvarez, his son, geologist Walter Alvarez (and chemists Frank Asaro and Helen Michels discovered that sedimentary layers found all over the world at the KT boundary had high concentrations of iridium, far more abundant (by a factor of 10) than what one would expect from random space dust or a couple of meteorites. It suggested a massive impact by an iridium-rich body, either an asteroid or a comet, might have killed the dinosaurs.

You now know the story and I won’t belabor it. But if you look back, it easily took ten years for it to become accepted by scientists and the media that an asteroid might have been the killing blow to the dinosaurs, (after several hundred thousand years of active volcanism). Finding the Chicxulub crater did it..(The crater was mapped in the 1970s by petroleum geologists; forgotten about until the Alvarez team came along.)

This was massively controversial because a number of scientists had made their careers around one or more traditional views of the dinosaurs’ passing. They “evolved out”. Mammals ate their eggs. (This was the one I grew up on.) Robert Bakker, the paleontologist upon which Michael Crichton modeled his main character in Jurassic Park had make his academic bones by claiming the dinosaurs died out because of continental drift and catching diseases from other dinosaurs. I saw two documentaries by him in the 1990s wherein he “proved” that this was the case and that an asteroid could not have done it. He never did address the several inches of rare iridium at the same level around the world 65 million years ago. But he insisted that his view was correct even if the data was against him. (This is how academics fight, but this is also how science is done. You make a claim, back it up with a reasoned argument and facts, then you come to a conclusion. People will always criticize you, but if their facts are more to-the-point, then science advances.) By the way, what made this controversy more controversial was that it quashed the accepted theories of geological and biological change based on “uniformitarianism”, the idea that time is so vast, that changes are slow (and everywhere the same). Darwin’s theories of evolution depend on this. The Cretaceous–Paleogene boundary event horrified scientists because of their tendency to think of human evolution as being slow and inevitable. What the Cretaceous–Paleogene boundary event suggested was that humans might have been a lucky accident and that we we’re inevitable. Harry Harrison’s West of Eden books plays with this idea: that dinosaurs might have developed an intelligent species, given time. This horrified people and many did not want to believe . . . on principle. Now we know about the Permian Extinction and four other events that altered life radically and quickly.

I’m here really to discuss one of the most important books in anomalistic science that you may have heard about–or not. Physicist Thomas Gold’s book, The Deep Hot Biosphere: The Myth of Fossil Fuels came out originally in 1998 and caused a real stir. His theory is that life on earth may actually have come from miles down in solid rock, created by nothing more than water, incredible heat and pressure caused by the weight of solid earth pressing in from all sides, and simple abiotic hydrocarbons, common everywhere in the earth’s mantle rock. His idea was based on facts that petroleum geologists have known since the 1920s: that depleted oil fields, over time, become filled with oil again. This was actually happening all over the world and no one could explain it. This wasn’t a different kind of oil, either. It was the same oil. Geologists once calculated (in the 1930s) that we’d be out of oil by 1970, yet Gold has discovered that in the literature this was happening over and over again. (My geology teacher, Gus Gutera, at Northern Arizona University in 1968 told us that many Texas oil wells ran dry in the 1930s and were found to have new, if smaller amounts of both light crude and natural gas. He was an oil wildcatter before he got his Ph.D. in Geology at Texas A & M. This was the first I’d heard of this phenomenon.)

Gold’s theory is that the earth’s rocky crust (somewhere between a depth of three and nine miles) holds a rich iosphere of greater mass and volume than the biosphere of the living things on the earth. But this life is abiotic–not like life as we know it. It doesn’t synthesize sunlight; it thrives in extreme environments. This life we now call thermophiles or extremeophiles: they are heat-loving bacteria that survive on a diet consisting solely of hydrocarbons that is, natural gas and petroleum. Their cellular forms survive acidic environments and surroundings that exceed the boiling point of water. It’s a new kind of life, one discovered in your lifetime.

His theory is that dinosaurs and Triassic swamps full of soggy, dying angiosperms did not create the oil of today. Those fields, particularly in Pennsylvania, have long been pumped of their first presence of oil. Oil is constantly being created by materials from which the earth itself was formed some 4.5 billion years ago. (And this theory, by the way, has allowed astronomers to turn to Io and Europa as possible places in the solar system that may have life: all because they have known and very active volcanoes.) The theory is still a theory, but it suggests that life may have started very early on the earth (and now possibly on Mars because it, too, had ancient volcanoes), and it says that life is constantly being created way down deep in the earth. Or on any planet, moon, or body with an active volcanic core.

Much of this theory comes from the results of Swedish scientists drilling down 20,000 feet in solid rock in the 1970s (in Sweden where no known oil, coal, or natural gas has ever existed), and up came a substance that was filled with thermophiles (life) and a light, gooey substance that was clearly petroleum, a form of very light crude. Not. Supposed. To. Happen.

Gold maintains that all of this is theoretical until more science comes in, but all the evidence so far suggests that life is being created deep within the earth. The rocks may have been seeded during solar formation 5 billion years ago, but with all the necessary elements in place, deep-mantle convection currents could begin churning the rock and creating up welling magma. (We need the moon for this, by the way. It helps with tugs and pulls as it orbits the earth.) But when the hydrothermal vents were discovered, it shook everyone because no one thought that anything could live on anything other than oxygen and sunlight. But nothing down there does. Those vents are where the earth is pulling apart or a tectonic plate is pulling apart, and all those little microbes are spilling out, creating the “black smokers” we’re all familiar with.

The Deep Hot Biosphere is a great book and it’ll change you mind about how life on the earth originated (and how it keeps pumping up through solid rock to this very day).

Agent Carter Gets Her Own Short

Robert E. Howard, more than anything, wanted to sell to Adventure Magazine. This publication of the Buttrick Co. was considered by many the best Pulp of all the hundreds of cheap magazines published between the 1920s and 1950s. It featured writers like Talbot Mundy, James Francis Dwyer, Rafael Sabatini, H. Bedford-Jones, Arthur Howden Smith, Arthur […]