Home Fandom WHY FREDERIK POHL THOUGHT I WAS A LUNATIC OR: HOW NOT TO... 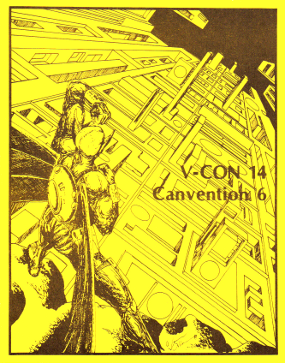 When my friends found out I had been invited to be a weekly blogger for Amazing Stories, their reaction was one of universal horror.

“Are you INSANE? You can’t even stand the stress of waiting for paint to dry. What makes you think you’ll be able to withstand the torment of a weekly deadline?”

I smiled a smug and cunning smile. For I am a Faned. I know things.

What was it Churchill said? “Never have so few been conceived by so many to be so many fewer than previously thought?” Something like that.

Sad to relate, my thirty years of written fanac has been read by very few. I am convinced recycling my old articles through Amazing will generate a few more, maybe more than a few. I want to reach as many ‘few’ as possible, for in sum they will add up to ‘some,’ and that is a mighty egoboo beyond measure. Besides, in adopting this policy I free myself from original thought, and what a stress free pleasure that is. The whole point of being a Faned!

Consequently, for the sake of peace of mind, I choose to reprint an article written in 1986 for my first fanzine ‘Entropy Blues’ and follow it with a reprint of one of my Q&A “Ask Mr. Guess-It-All” columns which appeared in the pages of BCSFAzine.

Apart from spending endless hours going over every paragraph in a desperate attempt to edit out meaningless verbiage and tighten the prose into a gem of precise clarity and sparkling wit, producing this column was easy. Next week will be hard. I may actually have to think. I hope not. 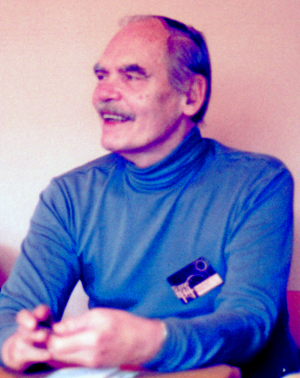 Now on to topic:

Recently Fredrick Pohl passed away. I was very fond of him. One of my favorite authors. I thank Ghu and Foo Foo and all the other Fannish ghods that I was privileged to meet him at VCON 14 in May of 1986. Trouble is, I don’t believe he felt privileged to meet me, and therein lies the tale:

I am desperate to meet the Master, Author Frederik Pohl, member of the infamous Futurian fan club in the 1930s, legendary editor and writer ever since, author of the classics ‘The Space Merchants’ and ‘The HeeChee Saga.’ I enter the Salish Lounge for the ‘Semi-Pro VS Full Time Writing’ panel. There he is! I race up to him before he can take his seat.

“Mind if I take pictures?”

I rush it in quick, tripping over my words as I babble.

“I gotta 80,000 word novel at DEL REY under serious consideration, I know it’s true cause they told me, and I wonder if you could tell me anything about the editor, Shelly Shapiro, how she thinks and all like that?”

Pohl stares at me as if wondering where people like me come from.

I back away offering profuse thanks, then sit down in the front row not five feet from his table, staring at him constantly and snapping pictures every thirty seconds or so. Make him feel comfortable…

Next he takes part in the ‘How To Get Started As A Writer Of SF’ panel. I absorb every word, eyes blinking with hero worship, drooling with happiness. Pohl seems uneasy. 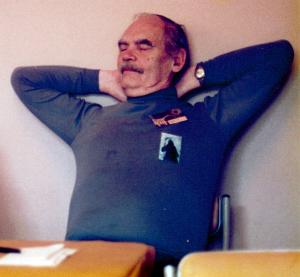 QUESTION PERIOD! I leap to my feet screaming.

“Mr. Pohl! I have a book at DEL REY! I was wondering what the process of revision is like. How do you work with an editor? Please enlighten me! Please! Please!”

I have the odd sensation Pohl is looking at me as if I were some sort of pest. He decides to give me a stock answer.

“Of course you don’t want to antagonize an editor, so learn to accept their suggestions.”

After a few more questions from other fans he turns to leave.

“Mr. Pohl! Mr. Pohl!” I thrust a tattered paperback into his unwilling hands. “Could you autograph this for me?”

He stares at the cover for the longest time, as if thinking ‘Slave Ship? I wrote this thirty years ago. Hasn’t this twit bought any of my recent work?’ He begins to write.

I blurt out the first thought that comes to mind. 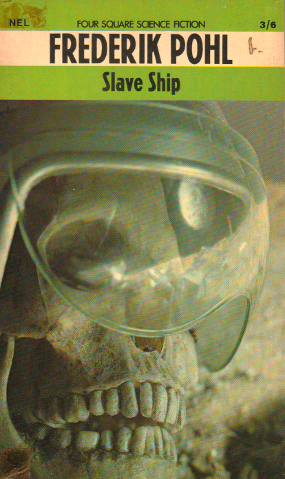 “Mr. Pohl! I just want to say, I’ve always admired your satire, the deft way you fool around with everyday concepts, like in ‘Space Merchants.’”

He hands the book back to me, saying “Oh gosh, you make me feel sooo good. Well, I must be off…” and runs out the door.

Now it is time for his reading to take place in the Salish Lounge. Resolved: being sensitive and perceptive, it finally dawns on me I’ve been pushing myself on Pohl in an unseemly manner, so have decided to sit in the back row and be quiet.

Halfway through the reading I become aware of a small bee hovering beside my right ear. Unfortunately I have a phobia about stinging insects…

ARRGH! I leap to my feet and shuffle quickly sideways, pushing my right arm frantically at the tiny, and I dare say as far as Pohl is concerned, INVISIBLE bee.

Startled, Pohl glances up from the pages of his book and stares. From the look on his face he’s thinking ‘Holy Christ! It’s him! And HE’S GONE BERSERK!’

I bound clumsily in circles waving both arms furiously. Since I’m at the back, no one other than Pohl can see me, no one other than Pohl knows a deranged lunatic has been unleashed. His eyes drop back to his book and he resumes reading, but this time in an excessively pleasant, reassuring voice, evidently hoping I’ll calm down listening to his soothing tones. The audience is puzzled.

Eventually the bee drifts out the open window and leaves me standing drenched in perspiration and embarrassment. Oh God, this is not my day. 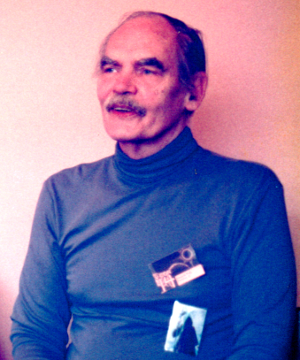 As for the novel I sent to Del Rey, they sent it back. The most memorable line in the rejection letter?

“We don’t like your main character and we don’t think anyone else will either.”

In short, disaster all around. But at least I got an article out of it. Can’t complain.

And now for something abysmally different:

WHO INVENTED THE AUTOMOBILE?

MR. GUESS-IT-ALL: Otto Frick of Mobile, Alabama, circa 1864. It was a remarkably advanced vehicle, featuring four-wheel drive, four-speed transmission, and even a primitive GPS system. That he is not recognized as a genius is because he was under the impression he was designing and building a military submarine. When he drove it off the end of a dock to attack a Union warship blockading the harbor of Confederate Mobile, both he and his invention sank without a trace. To this day Southerners are so mortified by the whole incident they refuse to search for whatever remains of Otto Frick and his folly.

However, the disaster was witnessed by a certain Mr. Hunley, who by coincidence had recently invented a rather impractical horseless carriage. On seeing Mr. Frick plunge into Mobile Bay, it suddenly occurred to Hunley that his own invention, a fifty-nine-foot-long wheel less hermetically sealed cylinder powered by a hand-cranked propeller, while absolutely useless as a land transport (as numerous experiments had proven beyond doubt), might conceivably function as a submarine.

Only a week later, the C.S.A.S. Hunley (as the horseless carriage was now christened) successfully sank the Union warship Housatonic off the coast of South Carolina, only to swamp with all hands before it could return to base. Tragic.

Very recently the Hunley was recovered and is now undergoing restoration. Many consider it an absolute outrage that its conservators refuse to acknowledge it was purpose built as a horseless carriage, claiming instead that it was meant to be a submarine from the very outset of its design. This is a gross distortion of history.

On the other hand, it is a very happy fact that certain manufacturers, seeking a modern public image with which to enter the new century, in 1901 chose to rename their product (the horseless carriage) after the late, lamented Otto Frick of Mobile, Alabama, at first calling it the ‘Ottomobile,’and then after his widow Frieda Frick threatened to bring suit, the ‘Automobile.’ A fitting tribute.