Recently a thread passed around on Facebook asked various writers what books mattered to them most when they were young, starting out with an interest in science fiction. One writer said she was reading all kinds of girls’ books in the school library, but finally stumbled on an Andre Norton book and went on from there. One author said that he started with Superman comic books; then one other said he remembered watching a Vincent Price movie that scared the wits out of him. Another started Forest Ackerman’s Famous Monsters magazine. This is important. Our interests can be piqued from a number of sources, not just from reading a pure science fiction novel for the first time (though that is certainly possible). .

My first encounter with science fiction was Tom Corbett: Space Cadet on television in 1952. To see spacemen having adventures just astonished me. On the other hand, I loved The Cisco Kid (starring Duncan Reinaldo and Leo Carillon). I was born in Tucson in 1950 and remembered early on being in an environment of cactus and yucca and barren mountains, so The Cisco Kid really struck home. There was also Men In Space starring William Lundigan. This was the time of Sputnik and the early space launches. And, of course, every Tuesday night in 1954 I watched Commando Cody: Sky Marshal of the Universe.

Probably the most salient experience of my young life (and you aren’t going to believe this, but it’s true), was that in 1955, I caught pneumonia when I was playing in the rain. I was four years old. This is in Phoenix, Arizona. Because I had a positive TB skin test, they put me in an isolation ward at St. Joseph’s Hospital in downtown Phoenix. My mom was as assistant program director at KPHO television in Phoenix (the only local TV station at the time), and she got wind that George Reeves, who was playing Superman on television at the time, was touring the Children’s Ward at St. Joseph’s. She contacted his publicist to see if he could get Reeves to detour to my room. Well, there I was, all of four years old, sulking in captivity (not knowing why I was there, really), when suddenly there was a cluster of nuns outside my door pointing into my room. In walks George Reeves, dressed as Clark Kent. I couldn’t believe it. The sat me on his lap and he spoke to me, but I don’t remember a word of what he said. I do remember being absolutely speechless. 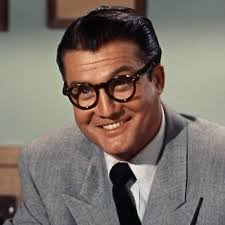 I was sort of destined, as you can imagine, to have science fiction play a major role in my life. Such as it was, the first true science fiction story I read was called “Fessenden’s Worlds” by Edmund Hamilton just a few years after that experience. I found it in an anthology in the trash when the people next door to me moved out. I was eight years old, read it on the back porch and it scared the crap out of me. But I was hooked.

I was also reading comic books all this time, preferring Adam Strange in Mystery in Space and The Flash–anything illustrated by Carmine Infantino. But before I was 11, I’d read about eight or nine of the Winston Science Fiction novels. I particularly loved books by Raymond F. Jones. (The covers were usually illustrated by Alex Schomberg). However, the greatest influence before the age of 11 or so were the Tom Swift Jr. novels. These were boys’ stories about a 17 year old genius and his pal, Bud Barclay, who had adventures with Tom’s inventions. There was also a subplot about some aliens who occasionally communicated with Swift Enterprises. We never saw them, but they were a presence throughout most of the novels and it constantly intrigued me. And his inventions were truly forward-looking, not like those of his father back in the teens and the 20s of the 20th century (Tom Swift and his Motorcycle or Tom Swift and his Submarine Boat). His son had a Jetmarine that could split in half, it could fly, it was also a submarine. He had a flying lab that could land and take off vertically. He had an Electronic Retroscope that could scan hieroglyphs and instantly determine their age. He had a space ship with Repeletrons that could push away from any solid object–such as the earth. He had a Spectromarine Selector that could . . . well I don’t know what it could do. But I loved it. Love Thine Enemy: A Review of Interrupt by Jeff Carlson

Energy vs. Information in Shaping the Future

For Bi Week – A Bisexual Primer