Lesley Smith interviews Jo Graham, the author of numerous books from Stargate tie-in novels to her own Numinous World series. 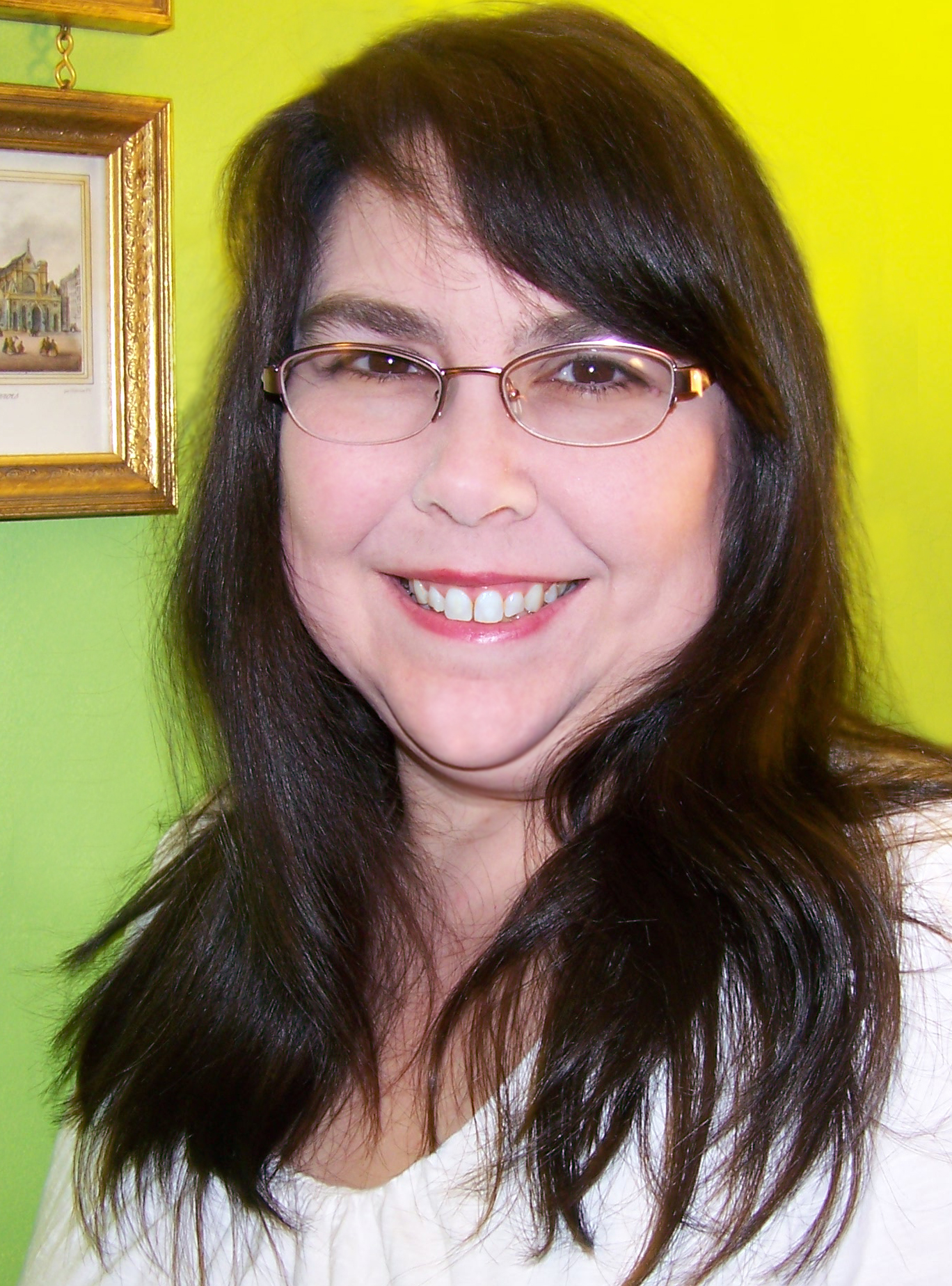 Jo Graham is the author of numerous books from Stargate tie-in novels to her own Numinous World series. To celebrate the release of The Emperor’s Agent, the latest book focusing on the life of the courtesan, spy and oracle Elza, better known to the world as Ida St. Elme, we sat down with Jo to find out more about how, why and what she writes.

Lesley Smith  for Amazing Stories: How did you come up with the Numinous World? Was it your intention to write books with such an interesting twist on historical fiction?

Jo Graham: I think the Numinous World has always been with me.  These stories have always been there.  I was fascinated by Cleopatra when I was five and would play being her handmaiden, drawing a fancy bubble bath for my imagined queen.  I started trying to write it at sixteen.  At that point I thought it was all one book!  I showed it to my amazing teacher, Janet Frederick Rhodes, and she said, “You realize this is a lifetime of stories.”  She was right.  It is a lifetime of books!

At about the same time I first ran across the term “numinous” which is very different from “enchanted.”  “Enchanted” suggests that something has been done to alter the world from its natural state, that to make it magical is to make it different.  “Numinous” means that the magic is in itself natural.  The world is already holy and filled with wonder — we just have to be able to see it.

AS: How large is your universe in terms of time periods?

JG: All of human history.

AS: How many books do you have planned for Numinous World? 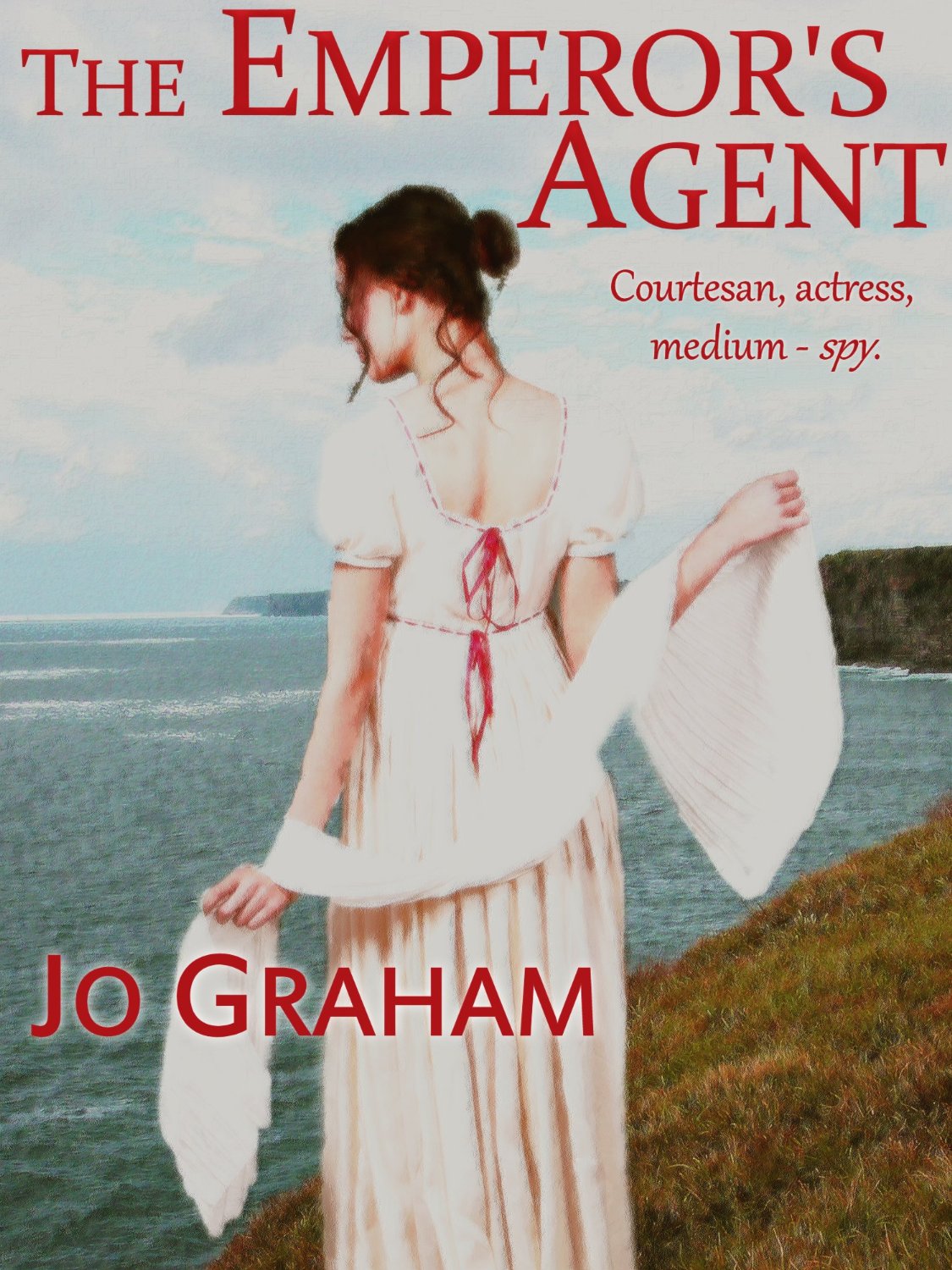 JG: That’s a much smaller question!  I have several more following Gull in her various lives. There’s Lioness, which takes place in Persia in the reign of Darius the Great, about a hundred years before Stealing Fire.  There’s one several hundred years before Black Ships, in Egypt in the end of the eighteenth dynasty and the beginning of the nineteenth.  And there are four more books with Elza.  Additionally I’ve been doing research on another Numinous World book that is set in the same period as Stealing Fire, the Age of Alexander, but follows different characters.  I wanted to give Berenice and Thais their own book.  Beyond that, I don’t know.  As Captain Picard said, “The sky’s the limit!”

AS: What appeals to you about writing the same characters through successive lifetimes?

JG: It’s the ultimate in character growth.  It’s amazing to look at the long picture, not just how someone develops over a lifetime but over centuries, to look at how the events both good and bad of a lifetime shape the personality in ages to come.

AS: What made you want to start inserting characters from your universe into other books you’ve written, such as Beatrice’s appearance in the Order of the Air books?

JG: Melissa (Scott) and I have plotted out the Order of the Air beyond what we’ve completed, so as we were working on Steel Blues, the second book, we saw how Wind Raker, the fourth book, was shaping up.  And it looked like Wind Raker was going to drop the Gilchrist Aviation team right in Beatrice’s lap in terms of place and time, and that logically she’d be a major guest character.  I talked to Melissa about that, and she said, “Let’s not shy away from it.  If this needs to be there, then let’s go ahead and set it up in Steel Blues.”  So really Beatrice’s appearance in Steel Blues is there to pave the way for plot in Wind Raker.

AS: Do you think of the Order of the Air as taking place in the same universe as the Numinous World or is it more parallel?

AS: Out of all your books, who is your favourite character and why? 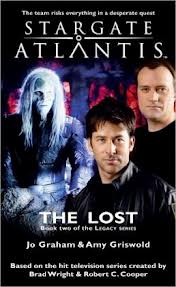 JG: Elza in all her incarnations. But Elza aside, I’m really enjoying Mitch in the Order of the Air.

AS: What are you currently working on?

JG: Right now I’m about halfway through Wind Raker, the fourth book in the Order of the Air.  The third book, Silver Bullet, is due out in November.  After that I’ll be starting on either Stargate Legacy book seven, Unascended, or a sequel to Cythera, Cythera’s Descent.  I’m also starting the final round of edits on the third Elza book, The Marshal’s Lover.  I write very, very quickly like the old pulp novelists, Asimov and Norton and that crowd, so I write three to five books a year.

AS: You’re a noted fan of the Stargate series and have written several tie-in novels, would you class yourself as a sci fi fan?

AS: So what are your favourite series/movies/books?

JG: Obviously I love Stargate Atlantis and Stargate SG-1.  I cut my teeth on Star Wars, the original trilogy.  I also really like Farscape and old Battlestar Galactica.

I love classic fantasy — Katherine Kurtz and Deborah Turner Harris’ Adept series, Anne McCaffrey, Marion Zimmer Bradley, Andre Norton.  I love Jacqueline Carey’s Kushiel’s Dart — that’s one of my absolute favorite books.  I love Judith Tarr’s Lord of the Two Lands.  And I was a huge Melissa Scott fan for two decades before I had the privilege of writing with her!

I also love historical fiction.  Mary Renault is probably my favorite author of all time.  I like Ernest K. Gann and Mika Waltari and big, fat historical novels that have an epic scope.

AS: What made you want to write books set in the Stargate universe? What part of the show appeals to you?

JG: The thing that appeals to me most is its view of humanity.  So much of recent sci fi is dark.  It has a very negative view of human nature.  People are basically self centered and cruel and only out for number one.  I hate that.  Stargate cuts against that grain.  Most of the characters, even when they’re wrong and mistaken and make horrible messes, are good people trying to do the right thing.  Sometimes what they think is right isn’t, and sometimes there are no good choices in front of them, but they’re admirable people.  They’re heroes.  I write stories about heroes.  Sometimes they’re in ancient Greece and sometimes they’re right here in the US today.  But I tell hero stories, because we need heroes.  We need to see how it’s done.  We need to cultivate our best selves. 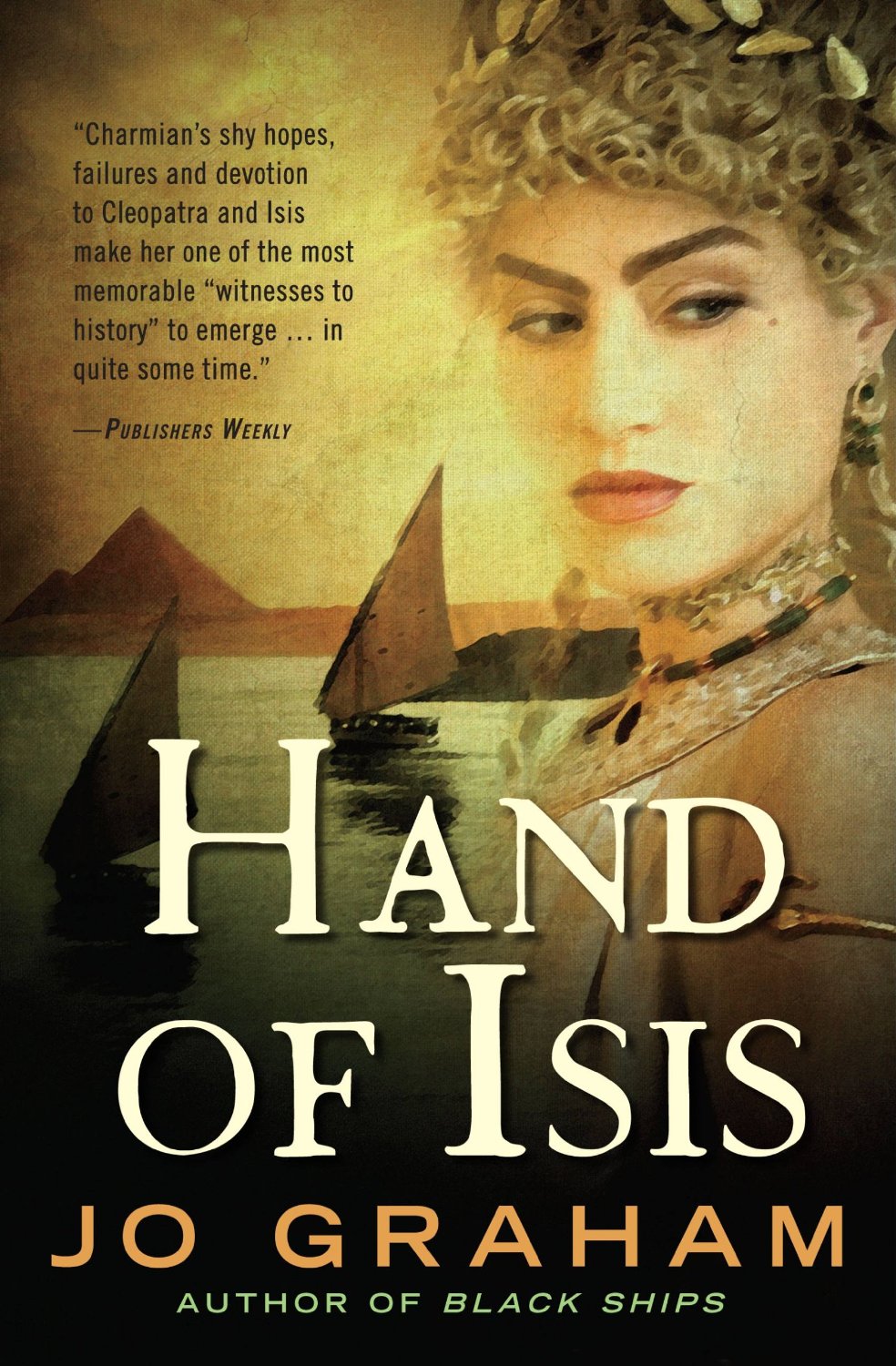 AS: Can you tell us a bit about Cythera, the sci fi/erotica novel you have coming out in November? What made you want to write it?

JG: I was working on The Marshal’s Lover, the third Elza book in the Numinous World, and it struck me forcefully that Elza lives in a society which, like ours, is hostile to the Aphrodite archetype. She lives in a society which disrespects what she is on a very basic level. A whore. A bitch. A bimbo. We have lots of nasty words for a woman who isn’t monogamous by nature, who enjoys sex, and who relates to the world through sexuality and sensuality. Elza’s society despises her.

AS: So how did you start writing?

JG: I’ve always written.  I wrote my first story when I was nine, in the back of a school notebook while waiting for my dance class.  It was about Han Solo.  I had my first story accepted to a Star Wars fanzine back in the days of paper zines just short of my fourteenth birthday.  I lied and said I was a college student!  I’d been in three Star Wars zines and a Battlestar Galactica zine before I was sixteen.  And yes, I still write fanfic.  I expect I’ve written about two million words of it in the last thirty six years!

AS: How do you write and you have a particular time or place or program you use?

JG: I write on a desktop in Microsoft Word, which isn’t particularly interesting!  I’d love to say I scribe my precious words on sheepskin while meditating or while on a retreat in Paris or something!  I write whenever there is time — in the morning after schoolbus time, during the day, after dinner, on Saturday morning, when not spending time with my partner or helping my elderly mother or chasing my daughter or generally living my life.  I’m always in the thick of something, and the busier I am the more words I have!  Sometimes people say, “Don’t you think you’d write more if you lived more a life of the mind and had more time?”  And I say, “What would I write about? For me, inspiration is to be fully engaged emotionally and in the life of my community and family.  Besides, I’m already writing five books a year!  How much more to you want me to write?” 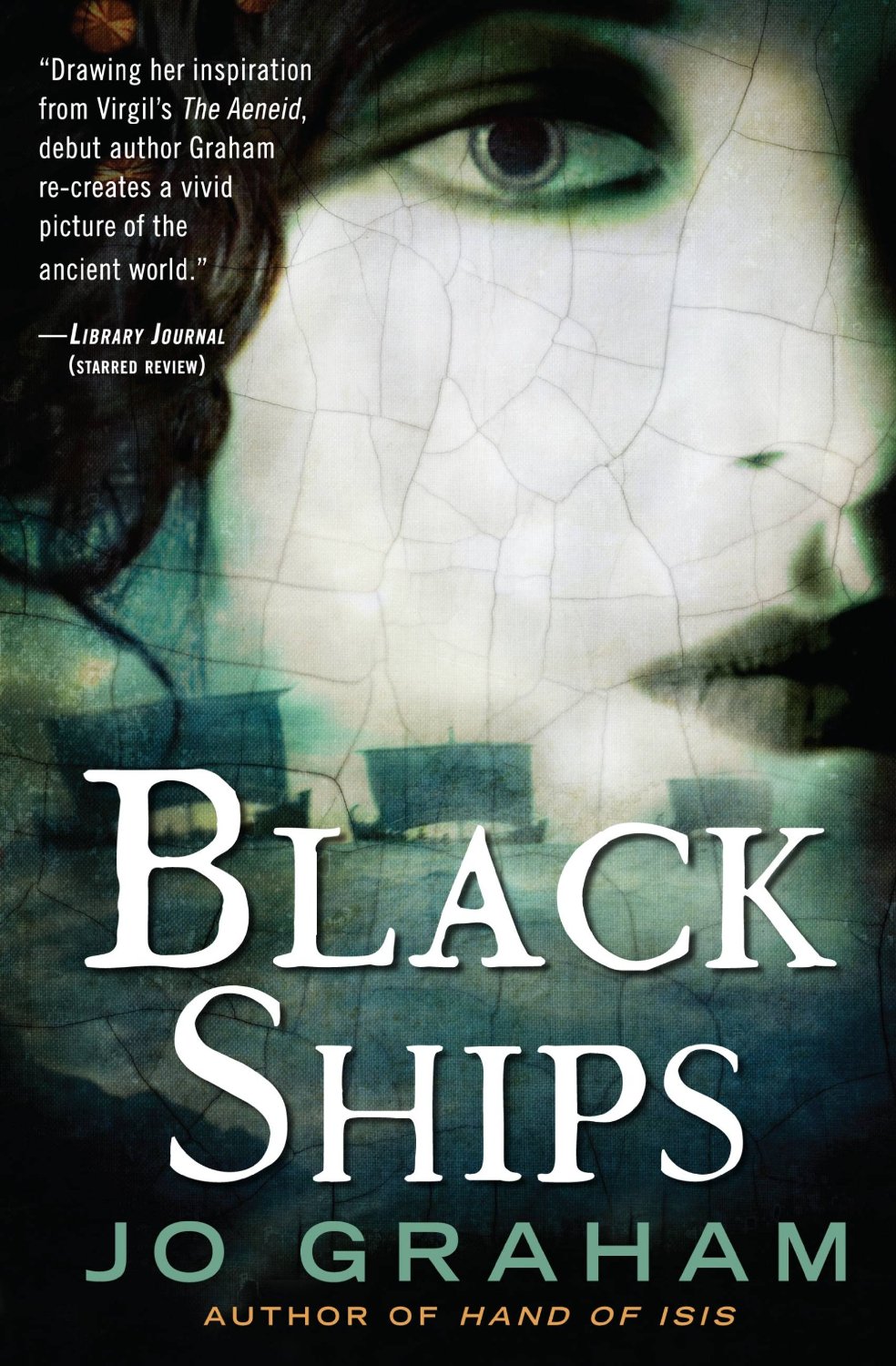 AS: What advice would you give to people who want to write for a living?

JG: Write a lot.  Don’t put your eggs in one basket.  Don’t put years and years of love and effort into one precious manuscript, because it may be rejected for any number of reasons, including timing and the taste of the moment. Keep as many balls in the air at one time as you can. I always try to have four to five proposals or manuscripts out for sale at once. I try to have eight to ten projects under development at a time in various stages from outline to final copyedit.

Think about how writers did it in the golden age. How many books did Andre Norton write?  How many did Marion Zimmer Bradley or Ray Bradbury write? Andre Norton has 370 books on Goodreads.  Marion Zimmer Bradley has 338.  Bradbury has 889. Now some of those are anthologies, and some are collections and reprints, but hundreds of books!  If you want to make a living, you have to write a lot.

The Emperor’s Agent is out now in e-book from Crossroads Press with a paperback version due in September.

“Restoration” Episode 1 of 5 | Presented by DUST