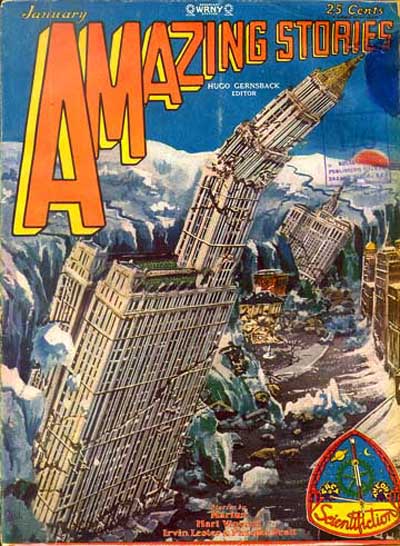 In 2005, the year of Hurricane Katrina, we broke the alphabet. Storms which brew up in the Atlantic and grind toward the Gulf of Mexico get named alphabetically. It’s a simple, easy to understand metric. That year, for the first time, the frightening tropical disturbances overtook those twenty-six letters.

I’m burying the lead, of course. Katrina was the story of 2005. I was in New Orleans until the day before the monster hurricane made landfall and recast the city and our perceptions of the force of nature, and how ill-equipped we are to handle such natural hostilities.

All this is just to say why my claws come out when someone says “Climate change is a hoax!” We’re not having that argument here.

The Earth is getting hotter. The polar ice is melting, and the permafrost is thawing. Storms of all varieties are becoming more violent and more frequent. Think how many times you’ve heard the phrase “record-setting event” on the weather channel lately. It all seems kind of science fiction-y, doesn’t it?

And that’s the problem for us science fiction writers. Reality’s overheated breath is on our shoulders. It’s catching up to us. So, what do we do? How do we incorporate these new climatic conditions into our fictional futures?

It is especially prickly for writers who deal in near futures–those who habitually use, say, the next hundred years as their canvas. Some authors like shiny happy futures; others tend toward dystopias. Both will probably have to acknowledge the elephant in the room.

How disruptive will the change of climate be? We can still speculate. Writers will still be able to dial it up or down. But if your readers are facing constant drought or flooding, if they’re getting scoured by an unprecedented number of tornados or dealing with a fire season that is now a year-round phenomenon, then they are going to call “Foul!” if their science fiction doesn’t honestly address the issue. Rightfully so. We are supposed to be supplying believable futures. It would be disingenuous to ignore the obvious tools at hand.

Plainly this doesn’t mean–not by any stretch–that we near-futurists all have to start writing environmental stories from now on. But consider this. After AIDS and its mean of transmission became known to the public, what author had free rein to write a condom-less sex scene between strangers? Following 9/11 how could any character avoid thinking dark thoughts just before boarding an airplane? The game had changed. There was a new paradigm afoot. These culture-shifting conditions had to be acknowledged, even if only in passing.

Climate change might well bring on a state of perpetual emergency. Hard-hit areas of the country will need relief. Maybe transportation will become limited. That affects food distribution. It’s likely the culture will carry on, but it will be impaired. Writers will get to pick and choose the specific conditions, at least for a while. But the characters we create to populate our make-believe futures will have to deal with this crisis, no matter what else they’re up to.

This one isn’t inflatable, but it is expandable.

We’re Getting Closer to Having Regenerative Abilities like Deadpool

Review: After Bees by B. C. Nyren