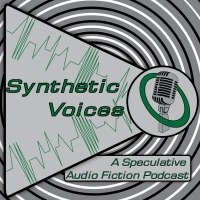 This was one of those wonderful, terrible months where there were simply too many good stories to choose from.  Buckle up!

First up, assuming all goes well, you should hear a version of this episode syndicated on StarShipSofa!  I’ll post links and such once that goes up.

Second, I’ve decided that in an effort to streamline my publication process, I’m going to discontinue the Goodreads forums for this podcast.  They’ll still be up there, so you can use them if you like, but they haven’t really gotten more than a couple comments, so I figure it’s time to let them go fallow…

Lastly, we had a FANTASTIC group discussion last month in Maryland.  If you’re in the DC Metro area and can get to the Jason’s Deli in College Park, feel free to stop by on May 20th at 7:30.  I’ll post Facebook event info to the site so you can get all the juicy details.

“The Queen And The Cambion” by Richard Bowes
Podcastle Ep. 257
46:58 mins/sec
— This was a delightful story of Merlin and a queen of England.  I have always enjoyed historical fiction, but I have recently discovered how much fun a fantastical twist can add to such fiction.  In this story, we follow a Benjamin Button-esque relationship between the young queen and wizened Merlin.  While Merlin’s backwards aging is a well-known trope, this is the first time I’ve ever seen it used in quite this way.

“For Love’s Delirium Haunts the Fractured Mind” and “Tethered” by David Mercurio Rivera
StarShipSofa Eps. 286 and 287, respectively
~45 mins/sec and ~1 hr, respectively
— These two stories kept me thinking about them long after they finished, always a good sign.  “For Love’s Delirium Haunts the Fractured Mind” sets up the world in which both stories take place.  We see an alien people that is not only foreign to our biology and our customs, but that grows even more bizarre as they come into contact with us.  Not giving away the clever idea behind the aliens, suffice it to say the story invokes questions of class, morality, and self-delusion.  “Tethered,” a somewhat more relatable tale, focuses on the close relationship between one of the young female aliens and a human girl.  Their story not only shares more about the aliens’ physiology, but also lets us into their psychology, and how they might choose to interact with foreigners.  Overall, these two stories kept me engaged throughout and ended with sufficient power.

“Making My Entrance Again With My Usual Flair” by Ken Scholes
Escape Pod Ep. 391
30:05 mins/sec
— Need a bit of lighthearted fun in your podcast lineup?   Well look no further than this roadtrip story, starring an underweight clown and a strange monkey in a box.  This farce has a witty, yet deadpan humor that made me laugh out loud repeatedly.  There is a bit of gratuitous sexual humor mixed in, but I believe the thoughtful listener will find it only enhances the story’s bizarre sensibility.

“Deep Blood Kettle” by Hugh Howey
Lightspeed Magazine’s April Issue
18:00 mins/sec
— I have to admit that this story did not “stay with me” as do others I mention on here.  In fact, “Deep Blood Kettle” revved up, did its thing, and then left me with a sense of futility and emptiness   Then again, bucking the recent trend of “post-apocalypse” stories, this is an “apocalypse-only” story, plain and simple.  I found the perspective of the narrator, a rifle-toting country boy, engaging, and I think it might be a nice story to listen to as you rock on your porch with a tall glass of lemonade (or maybe a flask of whiskey).

“The Exchange Officers” by Brad Torgersen
StarShipSofa Ep. 285
~40 mins
— One genre of SF I’ve always had a hard time connecting with is military SF.  This isn’t to say that I don’t like it, but I often find the grit and determination a little too forthcoming from the protagonists.  Either that or they are portrayed as spineless weasels.  This is why I was pleasantly surprised by “The Exchange Officers,” as I greatly enjoyed both the military aspects and the characters involved.  In this one, we meet two military officers used to flying remote aircraft such as UAV drones.  In their new role, they are assigned to play human puppeteers to humanoid robots working up in space.  When an unexpected attack occurs, the action picks up quickly and doesn’t stop until nearly the end of the story.

“Melt With You” by Emily C. Skaftun
Clarkesworld Magazine’s April Issue
25:28 mins/sec
— Normally I think of Clarkesworld for their grandiose literary fiction, but this story could easily fit into the weird section of The Drabblecast.  Maybe Clarkesworld’s April silliness, which I’ll feature later, prompted them to choose this post-apocalyptic story about anthropomorphic lawn decorations.  If that description hasn’t grabbed your attention yet, nothing will, but I will add that I appreciated both the on-the-fly metaphysics and the sheer determination of our protagonist, a plastic lawn flamingo.

“The Field Trip” by Alex Shvartsman
Cast of Wonders Ep. 75
16:19 mins/sec
— Reminiscent of a Golden Age story, this tale of alien kids on a field trip will have you guessing where, why, and when until the end.  Or maybe you’ll figure it out before the reveal?

“Dragonomics” by Lance Schonberg
Cast of Wonders Ep. 76
26:24 mins/sec
— This is the kind of clever story I’d like to read to my kids someday.  It’s approachable for a young audience, but there is no condescension   And the plot?  A mysterious man wants to match wits and business models with a dragon.

“The Long Cut” by Tom Howard
Cast of Wonders Ep. 77
13:04 mins/sec
— First of all, I love the anecdotal intro by podcast host Graeme Dunlop.  After that, I hope you’ll enjoy the story, especially when you realize just where an unsuspecting family has ended up after getting their directions all wrong.

“Spar (The Bacon Remix)” by Kij Johnson
Clarkesworld Magazine’s April Issue
14:29 mins/sec
— I’m sure a number of you have read or listened to the original, Nebula-winning “Spar,” by Kij Johnson.  That story, while quite worthy, is also INCREDIBLY X-rated, or at least a solid NC-17.  So, as both an April Fool’s joke and a clever auto-homage, Kij Johnson allowed them to reprint a version in which all references to sexual acts have been replaced…with bacon.  It’s really quite the listen, especially for bacon-lovers!

*A Witch and a Sorcerer*
Two stories of magic from the dark side.

“The Suicide Witch” by Vylar Kaftan
Pseudopod Ep. 328
31:51 mins/sec
— The story is set in feudal China, in the cell of a woman hired to act as the caretaker of suicides.  The spirits of those who killed themselves are highly vulnerable to possession by angry ghosts. With a mixture of glue and glass, the suicide witch wards against these spirits, and with a measure of cunning, she seeks to change her situation in life as well.

“The Red Priest’s Vigil” by Dirk Flinthart
Podcastle Ep. 256
51:04 mins/sec
— This story of daring action, dark magic, and religious intrigue should keep you engaged until the end.  We follow a red-clad priest with magical powers as he seeks to save the soul of his friend, all while The Holy Inquisition is hot on his trail!

Our closing quote for the week:
“No one realizes how beautiful it is to travel until he comes home and rests his head on his old, familiar pillow.”  –Lin Yutang

News of the Ignotus Award (the Spanish Hugos), the publication of El Club de los Etéreos by Aniel Dominic, and more!

It is to my ever increasing frustration that I continually see true literary talent dismissed as ‘too complex’ or ‘deep’ in favour of the mildly-talented easy-way-out authors who have become ‘popular’ in a day and age where mediocrity seems to be paramount. Pratchett vs. Rowling During the middle of the last decade – when I […]