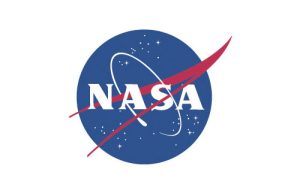 This week I’m fighting my way past drunken skateboarders and striking cab drivers to get a peek at the latest security and surveillance gadgets the world has to offer. I’ve already spoken with some developers that have a security robot that will be strutting its mechanical stuff. The promise of new technology is exciting and distracting. With that in mind, this week I offer a few brief observations on recent events.

NASA to Catch an Asteroid Seriously. They are getting $100 million to snare one and put it in orbit around the moon. Forget the fact that some say it will cost closer to $2.6 billion to actually perform the feat. What can be more science fiction inspiring than NASA, building a giant robotic catcher’s mitt to snare a passing asteroid. If that weren’t enough, they plan on putting it in orbit around the moon. I’m sure nothing could go wrong with that plan. The grand game of catch is scheduled for the 2020s.

So what is our night sky going to look like once an asteroid is hovering around the moon? When they start mining the asteroid, what are they going to find? Are we going to turn this activity into a regular event by capturing various objects as they move by? How many hundreds of years will it be before, it gets turned into a sport? If the gravity of the moon influences our tidal patterns, will the asteroid selected have any influence?

Planet Comicon 2013 took place in Kansas City last weekend. (04/6/13 – 04/07/13) Thousands flocked to the Midwest celebration of all things Pop Culture. They had plenty of costumed fans and celebrities. Amongst those in attendance were Tony Moore co-creator of Walking Dead, Daphne Ashbrook of Doctor Who, the historic Lou Ferrigno, the original Sulu from Star Trek, Ray Park who played Darth Maul, and Richard LeParmentier.

“Who is Richard LeParmentier?” you might ask. Well Richard played one of my favorite characters in the original Star Wars movie. A scene on the Death Star when they are sitting around the council chamber. Admiral Motti is the guy sitting there lipping off to Darth Vader. Telling him that the technology of the Death Star is so much superior to his sorcerous ways. Vader of course gives him the famous force choke, but the Grand Moff Tarkin makes him stop. 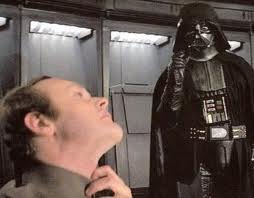 Think about the character that knows all about Vader. Knows about the killing of all the Jedi by him and still has the nerve to stand up to Vader. Not only that, but he survives. Unlike the poor fellows in the Empire Strikes Back. They weren’t fortunate enough to have the Grand Moff to keep Vader in check.

Game Developer LucasArts Shuttered When the house of mouse acquired the Star Wars Universe last fall, I was a bit nervous. I was excited about the announcement of the new films, but a bit apprehensive about what other things might be coming along. First they pulled the plug on Clone Wars. I actually enjoyed the cartoon for casual viewing and was disappointed to see it go. I understood the reasons for it. Trying to regain control of the universe and make the films the focus.

Recently Disney shut the doors on LucasArts game developing. My first reaction was disappointment. Disney is a business. They want to make money. Developing games costs money, and most games never make a margin big enough to warrant the effort. With the new business model, Disney will continue to license the Star Wars brand to game developers. This still provides them the opportunity for reward without the risk. It doesn’t cost them if the game doesn’t sell.

At first, I found myself lamenting the great games that were developed by LucasArts, but when I looked closer I couldn’t find many I would actually miss. The Monkey Island series was a moderate hit, but I never played it. The only real Star Wars games they developed that I would consider worth playing were Republic Commando, one of my all-time favorites, and Galactic Battlegrounds (with Ensemble Studios.) Yes, they published many more, but as developers they were never the best. 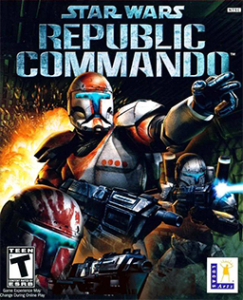 The most popular Star Wars games were developed on license. Many by BioWare like Knights of the Old Republic and the current Star Wars MMORPG. Yes, they were developing two highly anticipated games that will never get to see the reset button, but there is no way to predict if the games were going to be any good. As we move forward in this brave new world of Mouse Wars, I am hopeful this reboot of the franchise will go well. I also wish all the newly out of work developers luck in finding new jobs. Episode 7 or bust.