Home Anime/Comics Sex and the Senshi

(Author’s Note: This article deals with issues regarding sex and sexuality in a non-explicit manner. Regardless, it might not be safe for work.) 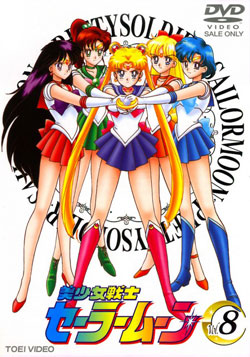 Usagi, the titular character of Bishoujo Senshi Sailor Moon, is a great character. We watch her grow from a clumsy, lazy, self-centered teenager into a fearless goddess of justice who takes down the force of chaos itself. But the great thing is? She doesn’t stop being the girl we met back in chapter one. Sure, she’s indomitably powerful and her teardrops turn into the universe’s most potent energy source, but she also likes video games and donuts and napping and she gets crappy grades on tests because instead of studying, she was playing video games and eating donuts and napping. She whines about having to study for high school entrance exams, then stops a Texas-sized asteroid from slamming into Tokyo. Also, she was totally having sex with her star-crossed-reincarnated-prince of a boyfriend.

J.K. Rowling once made a really interesting point about the Narnia books (which I have not read): “There comes a point where Susan, who was the older girl, is lost to Narnia because she becomes interested in lipstick. She’s become irreligious basically because she found sex. I have a big problem with that.” Takeuchi avoided this in Sailor Moon with such deftness and grace that I’m only fully realizing it now, at 22. Usagi and Mamoru’s relationship was definitely sexual–there are all kinds of dreamy, gauzy art book pictures of them together in bed or discreetly covered in feathers, not to mention the penultimate scene of the manga, where they wake up in a (seriously awesome) bed together all naked and cuddly. Moreover, Takeuchi included illustrations of Usagi in lingerie and fully topless in her final, self-published art book.

Usagi is pure-hearted, but she isn’t “pure” in the archaic sense. She’s sexual. And I love that she can be both. She’s the amaranthine avatar of goodness and love and serenity in the universe–she is every cherished ideal we hold of what it means to be a “magical girl.”  She stands for truth and freedom and hope. She wears floaty pastel clothes and enormous pigtails and her weapons are covered in hearts and stylized angel wings. She’s often drawn with angel wings herself! And she has sex. It doesn’t make her dirty, or suddenly inappropriate as entertainment for young girls. She doesn’t lose her power or her magic. She is a multifaceted young woman who loves sweets and comics and vanquishes the forces of evil and also has sex.

And the thing is, this kind of attitude in entertainment helps everyone. It’s not just very sexually active girls who need characters like Usagi, or even just girls in general. I was a prudish kid who didn’t have her first kiss until the age of 18 and this particular aspect of the manga has always stuck with me and informed my attitudes about sex.

Whoever you are, however you handle your sexuality–it never makes you dirty. You can be queen of the mahou shoujo and have sex and wake up the next day to slaughter the wicked hordes with your bunny-bedecked Magic Rainbow Sparkle Sword. You can do both. You can be both. One does not invalidate the other.