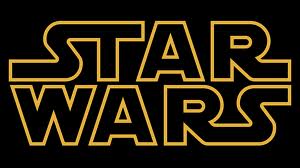 A couple of months ago came an announcement that caught many of off-guard. The announcement I refer to is that of the Star Wars franchise being sold to Disney and the plan of a new trilogy to be released that follows Return of the Jedi and further plans for annual releases of Star Wars movies for the foreseeable future. Most of the initial reactions I saw were negative, though a few were not. After we’ve all had time to settle down a bit, I thought I’d share just why I’m so excited about this.

I first saw Star Wars Episode IV at the tender age of 3 years old. It’s the first movie I remember seeing and it’s one of my oldest memories. I was that kid with Star Wars pajamas, Empire Strikes Back sheets, I had a great collection of Star Wars action figures, a Tie Fighter and X-Wing, and I built the Death Star in my back yard. I had light saber battles with my friends. I flew space ships and fought Darth Vader in my dreams. To me Star Wars was wondrous and filled my child’s mind with infinite possibilities.

Later came my discovery of the Expanded Universe through its books and comics, the re-mastering of the original movies (I waited in line, but did not dress up), the prequel movies (disappointing as they were, I still saw each on the first day of their release), the Clone Wars animated series (I haven’t watched much of this), and now the big announcement of a sale of the franchise to Disney and the production of Episodes VII, VIII and IX with more movies to follow.

Now I’m a father in my 30s and, admittedly, the magic of Star Wars has faded somewhat. My Extended Universe books are boxed up in a closet someplace and I haven’t read anything new in that area in nearly a decade, I haven’t dusted off my DVDs in as long, and I hardly ever watch the movies when I see them listed on some cable channel or another.

But I’m excited for the new movies – and it’s not (just) for me. Episode VII will introduce the worlds of Star Wars to a new generation of fans, and I know two kids that will be in that line. I have a five-year-old son and a two-year-old daughter. My son is already a huge Star Wars fan, and he’s only seen bits and pieces of the movies. Cardboard roles from wrapping paper become light sabers, a big empty box is his X-Wing, and he loves his Star Wars legos. There are epic duals between ‘Ian Skywalker’,’ Mommy Wan Kenobi’ and ‘Daddy Death Sith’ (nobody seems to let me be ‘Daddy Windu’). My daughter – well, let’s just call her a fan in waiting as I hope for positive female roles in the movies to come.

Star Wars has always been about the magic and wonder of things possible. It’s the classic romantic hero’s journey. It’s good versus evil. And it has repeatedly filled my imagination with possibilities and entertainment. And now it will continue into the future – for a new generation.

So, I am excited. The imaginative child in me wants to see what happens next. What a new generation of filmmakers and effects artists can do. But it’s the father in me that’s most excited. I’m looking forward to taking my children to the movies. I can’t wait to share a love of Star Wars, a celebration of imagination, a view of possibilities. I will cherish the gleam in their eyes, the excited chatter on the drive home, the endless pestering of what happened and even the repeated pleas for merchandise. Parents long to share their loves with their children. Star Wars was one such love of mine, a big part of my child’s life, and hours of entertainment. I can’t say where my children will take their Star Wars, but I can’t wait to find out.