SF Romance – kidnappings, cyborgs of the week, a “fantasy island” offering a “Galaxy Quest like” adventure for NASA geeks (omg, what’s NOT to love?) and more in this bi-weekly roundup 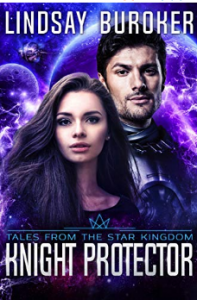 Always a good day for science fiction romance when USA Today Best Selling Author Lindsay Buroker (who also writes as Ruby Lionsdrake) releases a brand new SFR novel! She’s an autobuy for me and the latest novel is loaded with solid romance tropes, like the forbidden bodyguard. Here’s the blurb: An arranged marriage she can’t escape.

A sexy bodyguard who will protect her at all cost.

A forbidden love she can’t give in to…

As one of the sultan’s fourteen daughters, and a successful businesswoman who puts money in the family’s coffers, Princess Nalini thought she would escape an arranged marriage.

Her father insists that an alliance with the savage and ambitious Star Kingdom is the only way to avoid a war at home, and for some reason, Prince Jorg—a man she’s never met—wants to marry her.

As if that weren’t bad enough, her father believes the betrothal may make her a target and is assigning her a bodyguard, the victor of one of his odious gladiator matches. She doesn’t want some brutish stranger intruding on her privacy.

But her new protector—Tristan—is not the brute she expected. He has a quick wit, a sexy smile, and even sexier things under the smile.

Unfortunately, Nalini can’t let herself fall in love with Tristan, not when she’s soon to be betrothed to another man. As her father’s daughter, it’s her duty to help her people by cementing this alliance. No matter how much she wishes otherwise…

As Tristan grew up on the streets, his father a convict and his mother a drug addict, all he ever wanted was to become one of the Star Kingdom’s elite knights, something that very few commoners ever achieve. After Tristan labors for years as a squire, the king is ready to appoint him a knight… if he accomplishes one simple task. He must infiltrate the sultan’s palace, gain the trust of Princess Nalini, and make sure she doesn’t run away from her marriage with Prince Jorg.

Nalini isn’t the spoiled rich brat he expected—she spends her days working as hard as he does—and he soon develops feelings for her. With her betrothal looming, and the career he’s worked his whole life for at stake, Tristan can’t let himself act on those feelings.

But can he stand back while a man who doesn’t deserve her claims her for his wife? 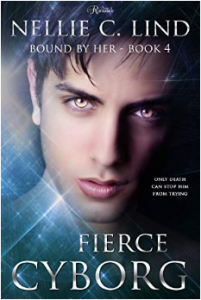 Let’s move on to the cyborg of the week (and if you’re continually amazed that I have at least one to present in every post, well it’s a very popular trope for a main character in SFR). As the title and the cover art makes clear, Nellie C. Lind’s hero is indeed a Fierce Cyborg. The plot: Only death can keep him from trying. Can’t find Mr. Right? Why not create him? MedAct is the company that can make all your dreams come true! Just give them a call and let them create the perfect man for you. But remember, you can never give him up. It will kill him, literally.

Jade Silva, the CEO of MedAct, the medical and scientific company that creates cyborgs, knows something fishy is going on behind her back. She doesn’t know what, but she suspects one of her own doctors is involved.

Confronting the doctor might not be one of her brightest ideas, but she does it anyway, only to end up in the hands of the Fighters–the dangerous and damaged cyborgs who survived the deaths of their bound ones. Not only that, they want her to save Nightmare’s life, their leader, but also her enemy … and the love of her life. 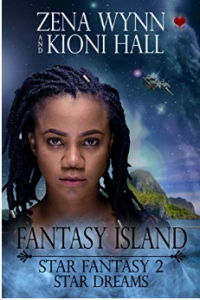 Star Dream: Star Fantasy 2 (Fantasy Island Book 7) by Kioni Hall and Zena Wynn is actually the second book in the series about Alisa Davis “NASA employee and unapologetic geek”, who lives out a sort of  a “Galaxy Quest”/Star Trek fanfiction type adventure thanks to her stay on a literal Fantasy Island. It’s a fun series so far. The story: Alisa Davis is living the dream. The starship Galaxy Explorer exceeded her imagination. Her television crush, Science Officer Tojait J’all is her soulmate, and they’re expecting their first child. The only serpent in her paradise is the nosy Dr. Jack Abernathy. Stepping into the life of another person without revealing the truth proves more difficult than anticipated. When reality rears its ugly head, will Alisa keep dreaming or be rudely awakened? 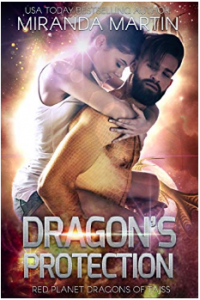 USA Today Best Selling Author Miranda Martin has released the 16th book in her Red Dragons of Tajss series, Dragon’s Protection. (Dragons, dragonlike aliens and dragon shifters in space are also major tropes in current SFR.) The summary:  Sometimes your greatest fears bring you where you need to be, no matter how hard the road is. Victoria: I was stupid. Scared and stupid when I followed the racist leader of the anti-Zmaj into the desert. We were exiled from the rest of the human survivors but hey, at least I was getting away from the huge and intimidating, dragon-like Zmaj warriors. A plus right?

Then I was kidnapped by alien space pirates, stolen from the planet and forced to be their slave. Now I’m scared and alone, but I’m surviving. Somehow. I would never in a million years have imagined missing the desert hell-hole Tajss, the ruined planet that became humanity’s home after our generation ship crashed. But I do miss it.

When the pirates finally return to Tajss, a hint of the one thing I’ve denied myself blossoms. Hope. There are other humans here. Others like me. Could I escape?

Before I can act on the idea I’m kidnapped. Again.

This time it’s not the creepy space pirates. No, it’s worse. This time it’s one of the primitive, domineering alien-dragons. He’s massive and scarier than any pirate. He steals me from them and makes off into the desert with me.

I’m scared and confused to discover that the man I thought was a brutish alien is actually confident and kind. The way the light shimmers on his scales is utterly fascinating and he’s dedicated to taking care of me. The longer I’m with him the less I’m worried about surviving. Now I have to worry about losing my heart to a Zmaj.

Lothor: The moment I see her my inner dragon decides. She’s perfect and she has to be mine.

I’ve been alone for so long. I don’t know how to talk to her, I don’t understand her language, and I barely remember my own. I haven’t spoken to another in longer than I can remember.

Somehow I have to make her understand that I’m not dangerous. I’m her protector. I’ll stand for her against every enemy. I’ll care for her and even though I can’t speak to her, my actions will win her over. In time. As long as I can carve out enough of it and defeat every threat that fate has in store for us.

She’ll learn to love me, eventually, because she is the one. The one I’m fated to find, the one my dragon has claimed. My treasure. 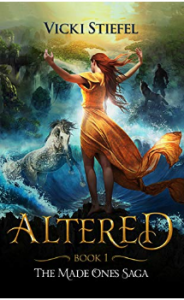 For something different, which combines science fiction and fantasy elements, there’s Vicki Stiefel’s Altered. The synopsis: The Eleutians are dying out, one female at a time. To save their species, the powerful Alchemic Clan conscripts women from parallel worlds, altering them into the perfect breeding stock.

Kitlyn, a retired circus equestrian broken in both body and spirit, awakens on a strange world in her own much-younger body. She has been transformed into a Made One, but the gift of youth and the promise of a new life come at a terrible price.

Rafe, the Wolf Clan’s warrior champion, vows to find the cause of the species’ decline. He’s certain the Alchemics’ bid to save the Eleutians is but a thin veneer masking a dark purpose.

That vow becomes hard to keep with the threat of an inter-clan conflict and the arrival of the proud Made One named Kitlyn.

To save herself and those like her, Kit must carve a dangerous path in this new reality and make a choice that may cost her her freedom, her life, and the life of the Eleutian warrior she’s come to love. 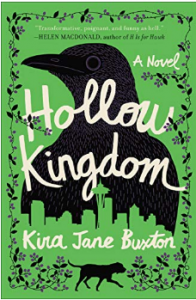 Back in two weeks with more SFR titles for you – happy reading!