Some thoughts on my 60th birthday 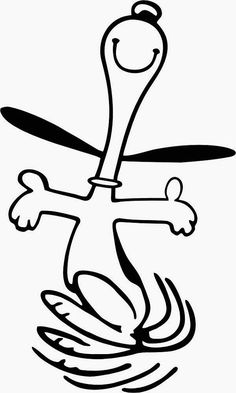 Why am I so jazzed?

Because of all of the wonderful things I have to look forward to – like:

Physical infirmity.  Yeah baby!  I just LOVE shoveling snow and now it’ll take me four times as long!  Talk about exercising to remain in good health – now that I can’t lift as much as I used to be able to, it means more trips up and down the stairs.  Great for the cardio!!  And, because I can be a dick from time to time, it also means I’ll get to overhear more complaints about how long it’s taking me to walk from A to B.  Sucks to be you, heh, heh, heh.

Mental degradation.  Considering how much I’m into time travel stories, getting old is a trip!  Time just keeps going faster and faster and pretty soon I’ll be living in the future!

No wonder it’s already Tuesday when here I thought it was only Friday….

Not remembering words.  It’s like…you know, that analogy about the…thing…you know.  Remember in that movie…the one with whatshisname?…where he said….oh, you know.  He starred in…that movie…about….

I’ll tell ya, this inability to retrieve words (retrieve had to be edited cause I actually wrote “achieve”) has sure made it very clear that if you can’t remember the word you’re looking for, a…you know, that book with all the words in it…dictionary, yeah! “dictionary”. A dictionary isn’t much help.  Nor is that other book with words in it all that helpful.  You know the one,,,it’s name begins with a ‘T’…

Losing skills.  Who needs to be able to proofread anyways?  No one cares about grammar or punctuation anymore anyways.  Yet another foolish old thing us graybeards* get all hepped up about,  (“If Grandpa just used autocorrect…but he’s got this thing about electronics.”  “I know.  You should see him yelling at the auto-checkout at the supermarket!”)

I’m grateful, I am.  Truly.  Every writer should be challenged and I can think of no better challenge for a writer than not being able to remember…words.  Yep.  That’s the word I was looking for.

Change.  You’d think an SF fan would be all about change but.  No.  Not when that change is spurious, unnecessary, confusingly unnecessary and specifically not when the thing being changed is something I’ve gained mastery of, only to have everything I knew thrown out the window because some twenty-two year old programmer decided that they knew better.  But they do say mental exercise is good for us old folk, right?  Helps us remember words.  Like “dictionary”.

I’m sorry, but change is not all as great as its made up to be:  It’s a sin that Bazooka Bubble Gum now costs 38 times what I used to spend for a piece.  And its a CRIME that they no longer have Bazooka Joe Comics.  A Crime.

Don’t even get me started on Drakes Cakes, Twinkies, or the fact that a meal at McDs that used to be advertised for “under a dollar” (98 cents) now costs something closely resembling half a day’s pay.  They can’t fool me.  Those Yodels are smaller than they used to be, don’t taste as good and cost way too much!  (What gives, Yodels?  I used to be able to peel all of the chocolate off of your cakey goodness and now it just crumbles off in little pieces…?).  Ahhh, but none of those things are good for you, Grandpa.  Be thankful that the processed food industry is looking out for you. Here.  Have some Kale.

(What’s up with all of these new foods?  There’s one thing that hasn’t changed that I wish would change:  food that’s good for you mostly still tastes like crap.  But maybe that’s just my fading tastebuds.  Wish they’d fade faster, I might enjoy some kale.)

Speaking of money, man, you can’t beat those senior discounts now, can ya?

Actually, I wouldn’t know.  I’ve never been offered a senior discount.  Not at the movies, not in a restaurant, not anywhere.  And every time I’ve asked for one, I’ve been laughed at  It’s not nice to laugh at your elders you know.  BUt don’t worry too much about it – they’ll forget the insult soon enough.

You know what else is great?  Ageism.  Yep.  Now I can be subject to prejudice for something I resemble, which is a great relief, because up till now, if I wanted to be discriminated against, I had to tell bigots in advance that I was Jewish, seeing as how I don’t “look Jewish“.  Now I don’t have to say anything to get insulted, offended or picked on.  (That is, unless I want them to include everything relevant in their insults by adding “kike” after the “old fart”.)

Aging into prejudice, what a wonderful bonus.  And here I thought I was going to be offering sage advice from my privileged place by the fire.  (The ice floe is thata way you old fart kike!)

What I got was the MCU.

And the distinct feeling that maybe, just maybe, I might not live long enough to ever drive (fly?) in a flying car.  Which is probably a good thing as they don’t look all that safe.

There is one thing I am most grateful for.  I’ve now aged into having the greatest, increasingly believable, irrefutable, unverifiable, unquestionable, catch-all, excuse ever devised by humanity.

*Graybeard.  Mine is actually a fine mixture of white, gray, black and red.  And is getting longer and whiter.

This piece’s title was taken from Pink Floyd’s song Time.

***
Interesting things that have happened on this day, December 18th.

1. I was born.  Can’t get any more interesting (or important) than that, at least on the local level.  (You really need read no further)
2.  A few years earlier, Steven Spielberg was born.  Not as important, but significant nonetheless, in an Amazing Stories way
3. Other (somewhat) significant people born on this same day:  Josef Stalin, Brad Pitt, Cicely Tyson, Ron White, Christina Aguilera, Steve Austin (wrestler, not astronaut), Ray Liotta and Keith Richards.  (Could be a rockin party!)
4. New Jersey, my home state, ratified the Constitution in 1787.  Good job, guys!
5. Archduke Ferdinand was born.  His death would start the war to end all wars (how’d that work out, birthday buddy?)
6. In a move that most involved would eventually come to regret, the Mayflower docked at what is now known as Plymouth, MA in 1620.
7. The 13th Amendment, abolishing slavery, is adopted into the Constitution in 1865
8. The Lion Sleeps Tonight tops the billboard charts in 1961 (if they’d asked my mother, she’d have told them, the “lion” wants to stay up late:  In the bedroom, the noisy bedroom, the lion will not sleep….)
9. Nixon begins the bombing of North Vietnam with Operation Linebacker II, in 1972
10. The first commerial atomic power plant begins generating electricity for civilian use in 1957

Is Amazing Stories the world’s first science fiction magazine? Yes. Did it get there all on its lonesome? No.

Books, comics, games, television: There’s so much to do during lockdown, you may be paralyzed by choice