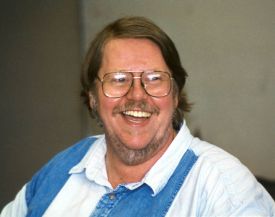 Personally, I only knew Gardner peripherally.  I first met him in 1977 while he was working with George Scithers on the new Isaac Asimov’s Science Fiction magazine.  We knew enough of each other to nod hello at conventions over the years, occassionally sharing a word or two.

Professionally, I knew Gardner much better, from his anthology A Day in the Life and his novel Strangers (both purchased shortly after meeting him) through perhaps his greatest influence on the field, the 35 year odyssey of the Year’s Best Science Fiction.

He was an astute critic of the field;  the number of stories he collected annually that would go on to win awards serving as a testament to that.  Earlier, there had been several “competing” annual best of anthology series from T.E. Dikty & E.F Blieler (1949 – 1957, The Best Science Fiction), Donald Wollheim & Terry Carr/Art Saha (1965 – 1971, World’s Best Science Fiction and 1972 – 1990, The Annual World’s Best SF) and Judith Merrill (1956 – 1968, SF: The Year’s Greatest Science Fiction and Fantasy), the latter, I suspect, serving as Gardner’s inspiration, as Gardner took the time to place a story within the field and to analyze and point out trends, nor was he averse to seeking works from outside the usual venues.

I note that none of those other series lasted for more than two and a half decades.  Gardner has far exceeded them all, and they alone would be sufficient to cement his place in both SF history and canon.

Our condolences to family and friends.