The luminous imagination of Nikola Tesla left an indelible mark on the modern world. As an inventor, he conceived of many of the technologies that have come to define both the power and the promise of today’s “Information Age.” As an individual, he was an extraordinary eccentric, envisioning numerous innovations which wouldn’t be so out of place in a campy James Bond film.

Tesla died in 1943, leaving behind only his beloved pigeons – but it’s not hard to see why he’s become something of a cult hero in recent years. His resurgence in film, comics and other aspects of popular culture indicate a renewed interest in his unique process of creative thought. How can we think as Tesla did, harnessing the power of fantasy to make our real-world better than it is? Let’s take a look at five of Tesla’s greatest inventions, and speculate as to the doors of perception that have yet to be unlocked. 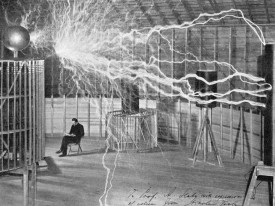 Working on the rather ambitious goal of transmitting power across distances without the use of pesky wires, Tesla hit upon a design for a high-frequency, high-voltage induction coil that would later come to bear his name. Though the Tesla coil has relatively few practical uses today, it was a revelation in its time. The design was quickly put to use in a range of devices, most notably the spark-gap transmitter that powered wireless telegraph systems until the 1920s. Even more importantly, the Tesla coil gave scientists an invaluable tool with which to experiment and unlock a deeper understanding of electricity. 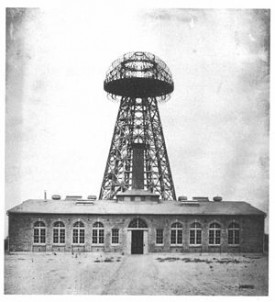 While most people associate Guglielmo Marconi with the invention of the radio, history shows that it is Tesla who deserves much of the credit. Tesla filed for and was granted a series of patents for his work on radio transmitters and receivers in 1900, but a laboratory fire and lack of financing provided an opening for Marconi to complete the first transatlantic radio transmission in 1901. The U.S. Patent Office revoked Tesla’s patents and instead granted credit to Marconi, thanks in part to the Italian inventor’s wealthy and well-connected friends inside the United States. Though he rarely receives the credit he’s owed, it is Tesla’s work that underpins virtually every modern device that utilizes radio waves. 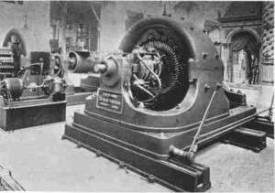 It probably isn’t an exaggeration to say that the world as we know it would not exist without the most famous of Tesla’s inventions: alternating current. Beginning in the late 1880s, Tesla and Edison engaged in what would forever be known as the War of the Currents. In the end, Tesla’s AC became the basis for nearly all of the power generation and distribution that flows through our modern electrical grids – which, according to ATCO, is about 4000 billion kilowatthours yearly. But before Tesla’s findings could reign supreme, the messy battle played out in several bizarre events including the creation of the first electric chair and the public execution of a circus elephant. 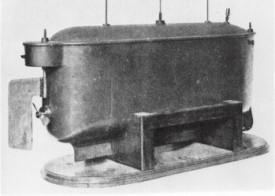 Among his many other accomplishments, Tesla is also one of the founding fathers of robotics. Seeking a grand demonstration of his radio technology, Tesla hit upon the idea of a remote-controlled boat. In 1898, Tesla presented the world with a small, rather odd-looking iron-hulled boat that he called a “teleautomaton.” Tesla controlled the boat remotely by harnessing the power of radio waves, giving the vessel what he described as “a borrowed mind.” While few recognized the significance at the time, everything from guided military weapons to satellites and interplanetary probes can be traced back to Tesla’s humble boat. 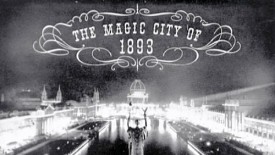 While Tesla can’t take credit for inventing the concept of the fluorescent light, he did put the concept to use in high-frequency, high-efficiency designs many years before the Westinghouse Company made its first fluorescent bulbs available to the public. In fact, many of Nikola Tesla’s visionary designs bear a striking resemblance to the high-efficiency lighting that has only been developed commercially within the last few decades. Tesla was also fond of experimenting with phosphorescent lighting, and in 1894, he became the first person to ever take a photograph using such lighting.

More than seven decades after his death, the profound and somewhat bizarre legacy of Nikola Tesla has taken on new life. The pioneering genius is finally receiving recognition for his outsized influence on science and technology, and his eccentric life and tragic end have made him an enduring icon. Along with initiatives like the Tesla Wardenclyffe Project, the Internet has helped to reignite interest in one of the most brilliant and unusual men in history. Somehow, that in itself seems quite fitting.