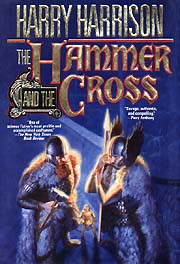 There have been numerous complaints about pessimism in science fiction and alternate history is no exception. In his 1999 article with American Heritage, historian Fredric Smoler stated that Americans tend to write more dystopian scenarios compared to the rest of the world. This is somewhat surprising when you consider that the first novel-length alternate history was American writer Castello Holford‘s Aristopia, a utopian novel where a man discovers a reef of solid gold off the coast of Virginia and uses the wealth to build the perfect society in America. Yet dystopias and generally pessimistic views of altered pasts continue to dominate the genre, whether its Stirling’s Draka or web originals like “For All Time” or “Decades of Darkness“. Having your timeline called “optimistic”, on the other hand, is used more as a criticism than “pessimistic”. Are optimistic alternate histories, however, inherently implausible and can they serve a purpose in the genre?

Recently I finished reading the final book of Harrison’s The Hammer and The Cross trilogy. It told the story of a Medieval English slave boy called Shef who rediscovers old knowledge and introduces new technology to the Middle Ages, breaking the power of the authoritative Catholic Church and the cruel Viking raiders who plagued his homeland. As the story progresses, Shef sets the world on a new path where only the most wise hold the real power. A general theme throughout the entire trilogy is that authoritative religions that force humans to stick to a certain viewpoint are holding humanity back from their true potential. Contrast Harrison’s liberal viewpoint with the more conservative/libertarian viewpoint of writer L. Neil Smith. In his novel The Probability Broach, the main character Edward William “Win” Bear travels to an alternate timeline where a single additional word to the preamble of the Declaration of Independence leads to a second revolution that overthrows the federal government and creates a libertarian America that propels the world’s significantly advanced technological development. In Smith’s world, government is responsible for all of the tragedies that befell humanity and only by casting it aside will we mature as a society. 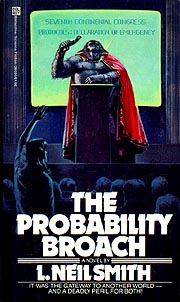 Perhaps the contrasting views on optimistic and pessimistic alternate histories stem from our overall dissatisfaction with the present. As Smoler said in one of his other articles for American Heritage, people have lost faith in the idea that history is leading us to a better future. That is perhaps why not just alternate history, but science fiction in general, has a much more pessimistic outlook on the past and future respectively. The dark side to this are reactionary attempts to find redeeming qualities to darker moments from our history, such as Hitler’s Germany, or even to rewrite the history books themselves to put the decisions of those in power in best possible light.

Don’t take what I said above as an attack on revisionist history. Despite those extreme examples, revisionist history can be used to highlight the truth behind historical events often overshadowed by the bias, nationalism and propaganda that went into creating the mainstream record. Optimistic alternate histories can be used in the same way. Perhaps our ancestors did have other choices available to them that could have created a better present and a well-researched work of alternate history may be able to point these out better than any history book. While hindsight is 20/20, these stories would serve as reminders to us in the now to make the right decision, not the popular decision, so that we are remembered better by the future.