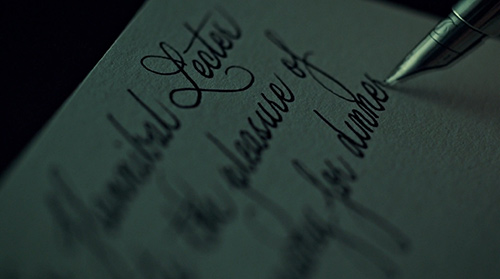 Is there any refined and beautiful skill Hannibal Lecter hasn’t mastered? Look at the beauty of his calligraphy. From cooking to psychiatry, from drawing to music to calligraphy, he’s a man of refined skill. I suppose when your life is untroubled by real relationships, you have a lot of time on your hands. 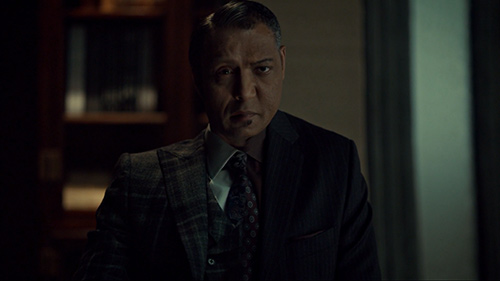 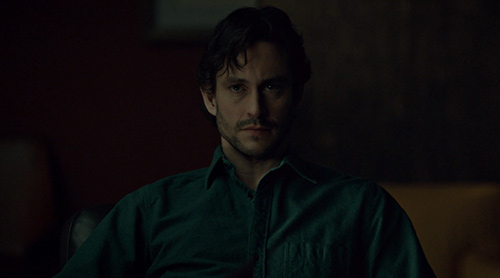 Will’s divided loyalties—his split allegiance to Hannibal and Jack Crawford, the two versions of himself that he presents to each of those men. So rarely do visual media like TV use this sort imagery, which says so much about the characters without requiring anyone to actually say anything at all. 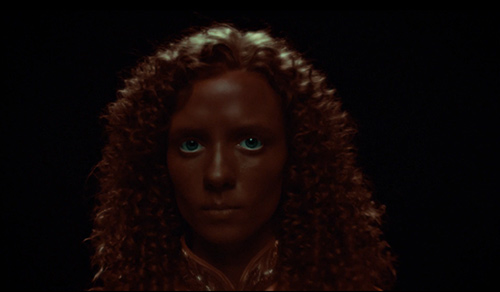 In the world of Hannibal, this is what an unwelcome revelation looks like. 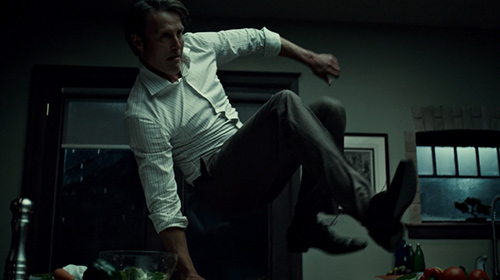 I don’t recall seeing Hannibal spring too often into true violence in the series (I’m sure it’s happened, but I can’t remember too many examples besides last episode’s fight with Carlo’s henchmen). When he does, though, it’s not only fearsomely lithe, but it also looks pretty great. 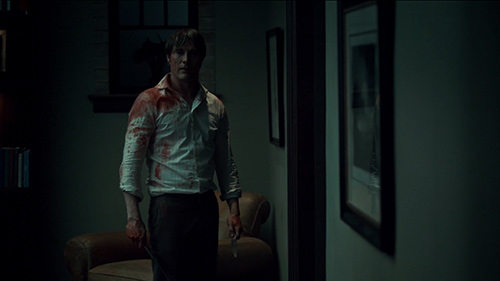 As I was saying. He’s a grotesque villain and a monster, no doubt, but he sort of looks like a superhero whose power is murder here, the Platonic ideal of a killer. 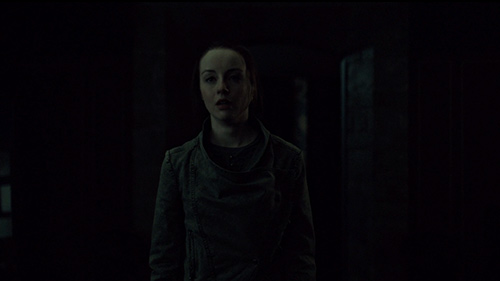 What a revelation: Abigal Hobbs, alive. With the dream-like feel of the past few episodes, I wasn’t sure this was real until: 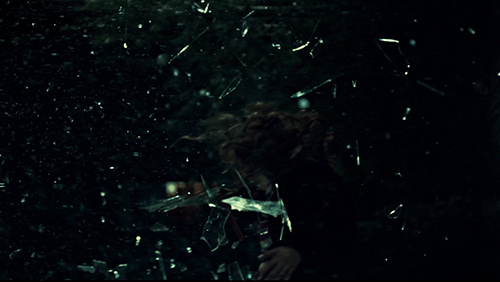 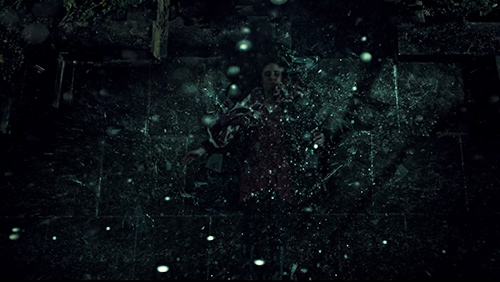 Something about this image puts me in the mind of the fairy tale references we’ve seen throughout the second half of this season. Something here says to me: “Snow White.” 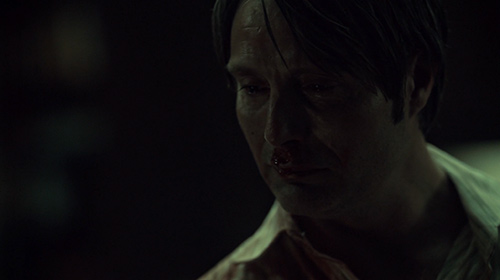 A rare moment of vulnerable emotion from Lecter. The prospect of the friendship he could have had with Will, the rejection he feels in Will’s betrayal, is almost moving. 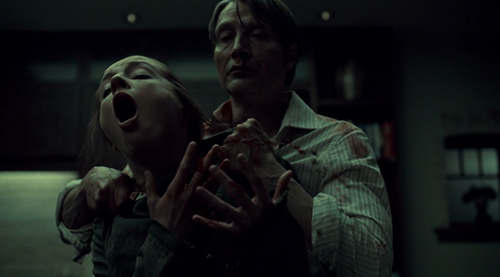 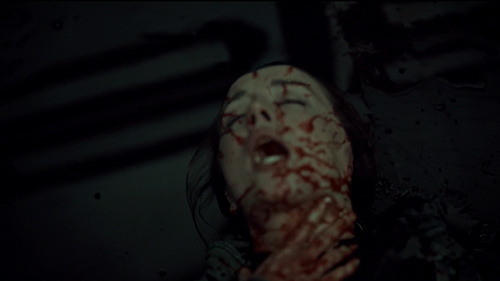 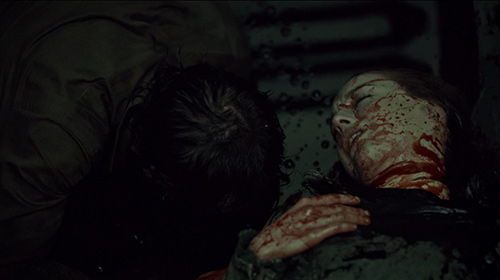 The gore, the gruesomeness. It’s hard to imagine that this is a network series (every week there’s something new that drives home again how shocking this is, but here’s another one. Can you think of another network show with this much blood?). Pretty bleak ending to the season: every single hero laying in slick ponds of blood, dying. 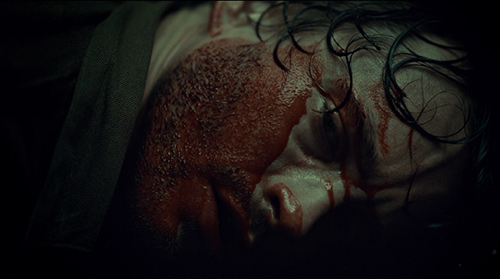 Our hero, painted in the blood of his surrogate daughter and himself. A stark and startling final image to leave us on until next season.

(As in previous recaps, I’ve slightly lightened these screenshots to make the detail easier to make out.)