How can ice fishing evoke such horror? Read the re-cap to find out. 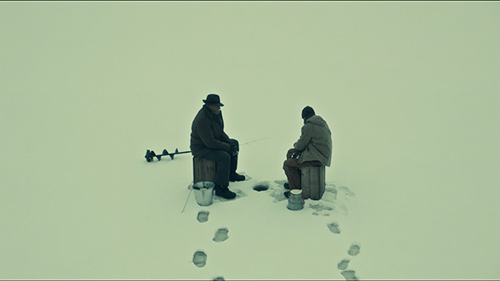 This is the sort of image that makes Hannibal so great. Will and Jack, ice fishing. A simple act, could be a simple shot. But, in this case, against the field of a snow-covered frozen lake, it looks like they’re the only people in the universe, the world having fallen away and left them in an empty whiteness. An arresting image. It may be where the episode opens, but it’s not the image that distills the themes of the episode into a single metaphor. 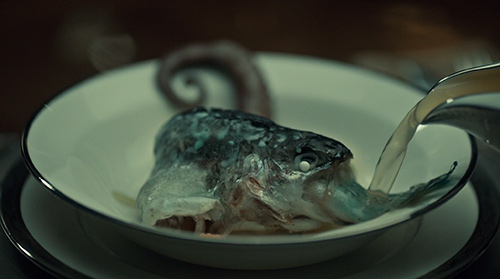 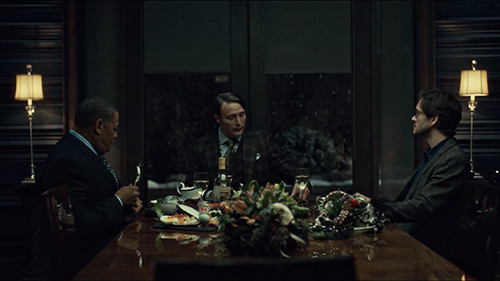 The diners eating the fish (as Will quips, it was his turn to provide the meat; no chance of human flesh on the table this time). The beautiful symmetry of the show: men and lamps on either side of the table, the scene bisected by the window and Lecter himself. In the past, Hannibal’s position between Jack and Will would have literally embodied the role he was playing. This time, though, they’re better positioned to squeeze in on him. 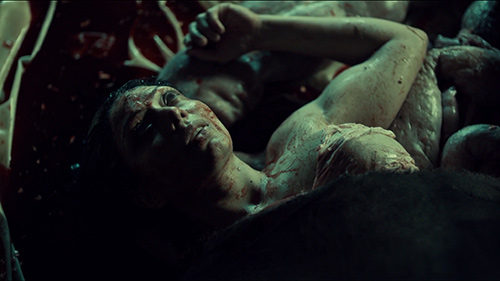 That’s a dead woman, who’s just been discovered lodged inside the womb of a dead horse. The next instance of one animal lodged inside another. Hannibal stages truly bizarre murders. 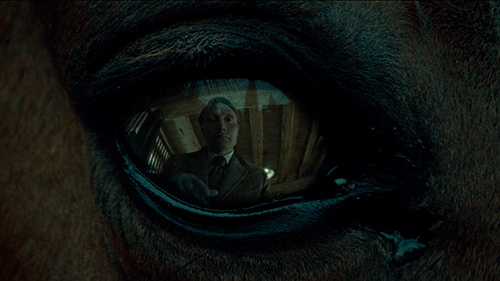 The season has been about seeing. In many instances, we’ve seen characters appearing in the center of holes and openings. In this case, the metaphor becomes clearer, more intense: Hannibal seen inside the dead horse’s eye. Not literally, but another instance of one thing embedded inside another. 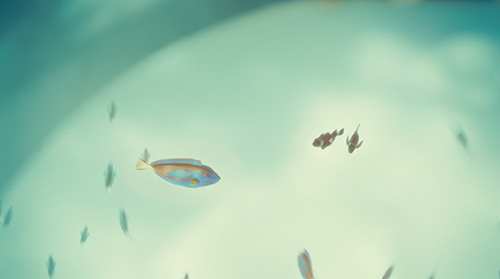 Hard to miss the symbolism of this shot: a big fish circling around two smaller ones. I suspect it has two meanings: The Will/Jack/Hannibal triad, but also (as we come to learn) Hannibal/Mason Verger/Margot Verger group. Who the big fish in the second triad is remains to be seen. 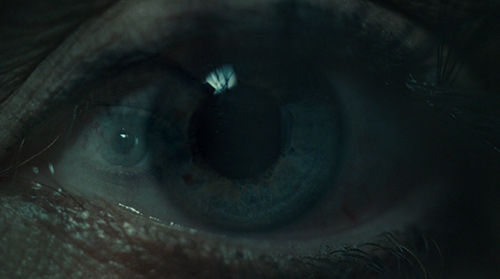 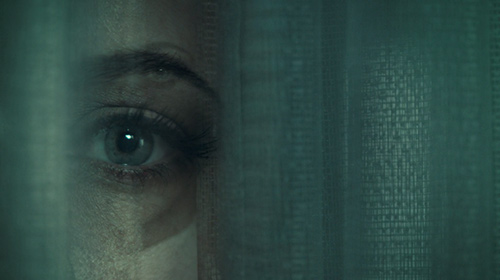 Two more images of eyes embedded in eyes, this time belonging to Margot Verger (as played by American Mary star Katherine Isabelle). When frozen like this, these eyes are creepy, uncanny, memorable images. 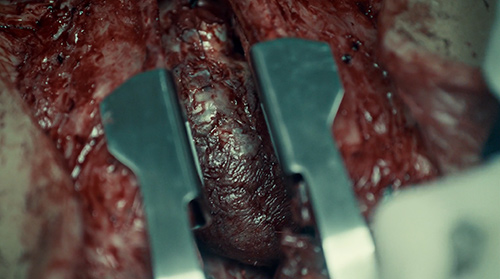 The intimate, detailed gore of Hannibal, as a rib-cracker is used to expose a heart. 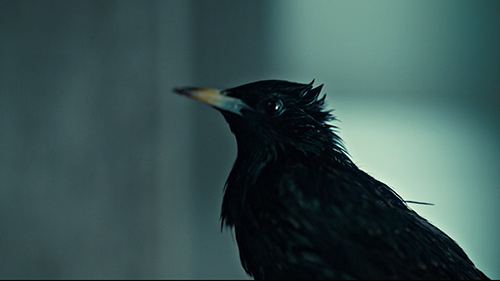 This bird was inside that heart, the heart of the dead woman pulled from the horse. 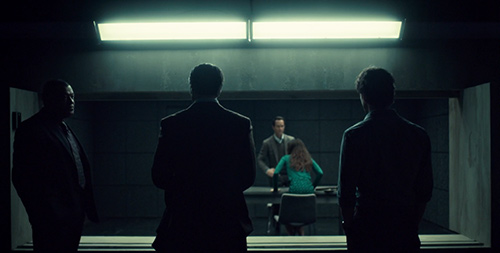 Not a lot of metaphorical significance in this image to my eye, but a pleasingly composed image, with the three men in shadow observing Dr. Bloom and a suspect in the light. 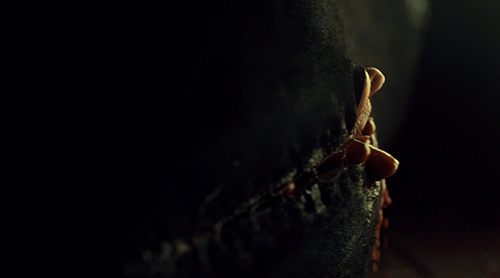 The last instance of one creature lodged in another: a killer, alive, clawing his way out of a horse’s belly. Another in Hannibal‘s moments of pure horror for the character involved, as he emerges, covered in blood and choking as air rushes into his lungs.