Scientists thought they’d find a pattern very similar to what occurred in our own solar system. In fact, they’ve uncovered a number of surprises that are changing our ideas about how worlds are formed.

As ever more data from the farthest reaches of our galaxy continues to pour in, we’re beginning to discover just how wrong some of our assumptions might be regarding planets in other solar systems. 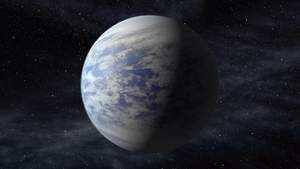 In our own solar system, the planets behave in a very civilized manner. They orbit along the same plane and in the same direction, and they adopt a uniform format. We have smaller, rockier examples closer in to the sun. And then on the other side of the asteroid field, we have the huge gas giants, which decrease in size the further out you go.

But is this a format we find everywhere?

Remember, to build a planet you’ve got to create a star first. Not too difficult in galactic terms, as gravity does most of the work for us.

In its simplest terms, we take a huge cloud of molecular gas saturated with cosmic dust and allow nature to take its course. The cloud collapses under the force of its own gravity and speed of rotation. As it does so, it spreads out and thins, (much like the effect you see when the pizza guy in the restaurant throws the dough in the air). The embryonic sun will draw most of the interstellar matter into its mass, and become surrounded by blobs of other material which will also be growing in size.
That’s a newborn protoplanetary disc.

But these babies are fragile. If you want newly spawned planets, you don’t want them to be blown away. Infant stars, especially the massive ones, pump out huge amounts of ultraviolet light and generate ferocious stellar winds. These winds will literally punch holes through the slowly condensing cloud masses and erode everything away.

And think about it. Usually, a sun comprises 99% of the mass of a star system. So, if it’s a fierce parent, it will literally blast its children apart.

Fortunately, scientist are discovering more and more star systems have survived the perilous first stages of formation, and are popping up all over the place.
When they do, what happens?

Well, for planet formation to begin, the protoplanetary disc has to contain enough solid particles to clump together in the first place. Dust, silicate, iron, or frozen crystals of water, ammonia, and methane.

Now, as suns are normally comprised of hydrogen and helium, the heavier the elements you find in the emerging disc, then the larger a newborn planet can grow. Scientists thought they’d find a pattern very similar to what occurred in our own solar system. (The closer you are to a star, the more dust grains, stones, pebbles, and boulders accumulate to form a rocky planet. Further out, ice particles coalesce into frozen comets or cores that attract a thick gaseous envelope. This in turn gradually evolves into a larger Jupiter-like world). And, IF that planet has formed in what we call the Goldilocks Zone, (A region where temperatures are just right for the existence of liquid water – and which will obviously differ according to the type of sun that has formed), then the release of gases from rocks and soil will eventually produce an atmosphere. Ta-dah!

Well, as I mentioned, scientists thought they’d discover other systems very similar to our own. But that’s not been the case. In fact, they’ve uncovered a number of surprises that are changing our ideas about how worlds are formed. For example: 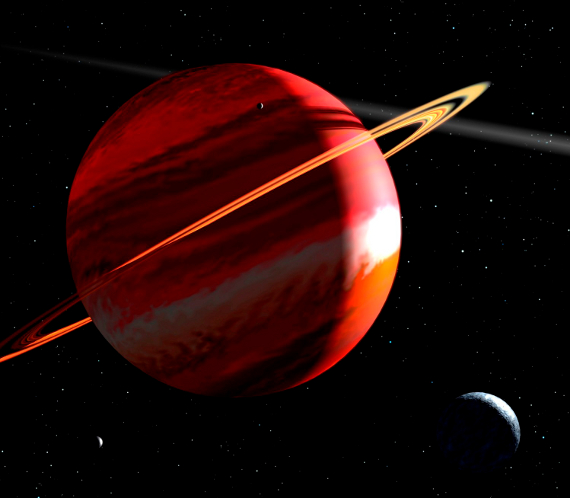 The first planets ever discovered outside our solar system turned out to be very different to what we knew. Not only were they as massive as Jupiter itself, but, they orbited their parent star at a distance of only a few million kilometers. (But hang on! Isn’t that where the smaller rockier planets are supposed to be?) Well, yes. And although we’ve since determined this is a rare event, the fact such examples exist can help us to alter the way we think.

Not so long ago, we thought that stars with a high fraction of metals (An astronomical term used to signify elements heavier than hydrogen or helium) in their outer layers were most likely to have a large family of orbiting planets.

Again, this only turned out to be true for those systems harboring Hot Jupiters. Astronomers now know that planets can and do exist around stars with widely varying amounts of metals.

So far, no other system like our own has been discovered. But that doesn’t mean they don’t exist. Remember, we’re relatively new to all this. The distances involved are vast, and those stars that have small planets in the inner region and gas giants further out are extremely difficult to detect. So, as time passes, you never know what we might uncover.

And what does all this mean for us?

Just because we haven’t found another earth planet yet doesn’t mean to say they don’t exist. We’re still making huge strides forward. The discovery of a potential new home will one day come. Maybe not in my lifetime, but it’ll come. And someone, somewhere, will one day wake up to a scene like this, 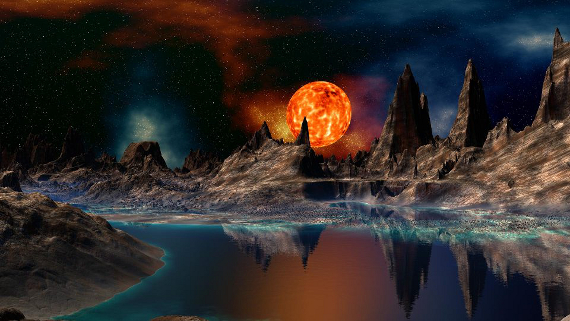 And be proud to call it home.

That’s all for now. I’ll catch up with you soon.

Shuttle astronaut Judy Resnik was a pilot, a classical pianist, and had a PhD in Electrical Engineering. And she was a terrific emissary for NASA, as I found out when I invited her to speak to the IBM Shuttle Software team.

The Dancers At the Edge of Chaos (Part 3)