This is the second part of an interview with Christopher Priest, one of the leading authors in any genre. You can read Part 1 here.

Priest’s first published story was ‘The Run’, in 1966. His first novel, Indoctrinaire, was published in 1970. His second, Fugue for a Darkening Island, was a Campbell nominee, while his third,The Space Machine won the BSFA Award and was nominated for a Hugo.A Dream of Wessex (1977 – published in the US as The Perfect Lover) is arguably the first great virtual reality novel.

In this, the concluding part of the interview Christopher Priest talks more about his new novel, The Adjacent, plans for the future, including more books, The Prestige on stage and a film version of The Glamour.

GARY DALKIN FOR AMAZING STORIES: Doing a simple but familiar thing in a new and intriguing way reminds me of the line, ‘What appear to be fresh concepts or innovations are in fact the result of showmanship, or novel ways of presenting old ideas’.

Krystyna Roszca’s story is very powerful. Very direct. Almost an archetypal story of young love and war. War runs through The Adjacent, from the Great War to conflict in the middle of this century, even to the on-going war, far away in the background in the Dream Archipelago. But Krystyna’s experience in the Second World War is one of the few parts of the novel where the actual violence of war comes centre stage. What is it about WWII, and particularly about the air war, which made you return to the subject after The Separation? 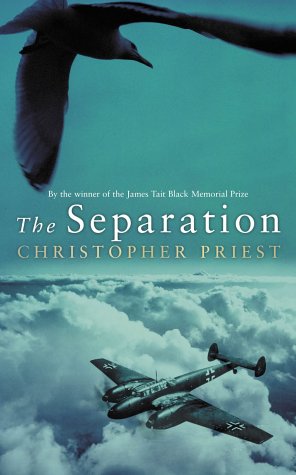 Christopher Priest: I grew up thinking of WW2 as my parents’ war. They were of the generation who experienced and suffered most. There was a lot of stuff going on about the war as I went through childhood: I read war books, built Airfix models of Stukas and Lancasters … and just down the road from where we lived there was a former anti-aircraft gun site, long dismantled and abandoned, which had become a Ballardian wasteland of shelters, bunkers, concrete emplacements, water-tanks, etc. My friends and I often played there. Once I was an adult I threw off all this, feeling vaguely nerdish about it, a bit like trying not to not own up that you’d been in the Scouts. It was only much later, through adult reading, that I began to discover that the reality of the war was different from the version my parents had known.

One of the subjects that became increasingly interesting to me was the air war, in particular the RAF bombing campaign against Germany. I had grown up thinking of this as heroic: a series of well-deserved firestorms, earthquake bombs and broken dams had been visited on the evil Nazis. The truth of course was very different: most of the bombs missed their targets, most of the people who were killed on the ground were women and children, even the aim of wrecking German industry was not achieved: German industrial production increased every year until almost the end of hostilities. However, what the young airmen in the RAF went through required an extraordinary kind of heroism, with appalling dangers suffered again and again, and a death rate higher than that of infantry officers in the First World War. That interest led to my writing The Separation.

But war is always going on: war has been waged continually since 1945, in countries all over the world. War is being fought at this moment. War is an absolute wrong: it achieves nothing except pain, death, destruction. Even the short-term gains of a military victory are almost immediately undermined by long-term negative consequences. I just think war is one of the subjects you have to confront if you are a serious writer.

AMS: Apart from war, which is always with us, another big threat in the novel is climate change. You depict this as having very severe consequences over the next few decades. How concerned are you? And are you an optimist or pessimist when it comes to us doing anything about it?

CP: If you’re writing seriously about the near future, climate change presents a string of problems, not least of which is: do you accept the science is right? There’s a lot of plausible scientific research into the subject. Any bookshop carries enough on the subject to give you the willies. I recommend the books of Mark Lynas, who writes effectively on the subject: High Tide and Six Degrees both gave me a lot to worry about. But as a writer trying to write about the near future … if you accept the scientific evidence that the planet is warming up then it seems to me you have three choices. (1) Ignore the problem. (2) Try to deal with it by writing about it. (3) Come up with a solution.

The trouble with (1) is that a lot of crap science fiction ignores it, and adds yet another layer of unbelievability to some nonsense set on a distant planet with humans coming and going, speaking English, breathing alien air, and somehow neglecting to mention how they got through the 21st century. The trouble with (2) is that if you don’t want to write about climate change, but also feel it should not be ignored, you might find the subject shouldering its way into your book and taking things over. The trouble with (3) is … well, if you know how to solve it, you’re a better man than me. (The Adjacent goes for the second of these options.)

Alternatively, you can become what is known as a climate change denier. This means you have to go in the face of the vast and increasing body of scientific evidence. But writers should be open to all arguments. I was impressed by Chill by Peter Taylor, which gave a strenuous scientific rebuttal to many aspects of the subject. 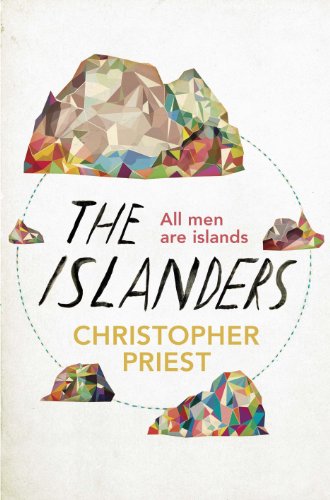 In answer to your question, I’m a pessimist about climate change and note Europe’s recent cold dry winters, and the blistering heatwaves in Australia and elsewhere, with a feeling of gloom. On the other hand, when I read about the Younger Dryas stadial, I realized there was more to icecaps melting than many people assume. And only a few years ago Fred Hoyle was warning us that the real threat to life on Earth was an imminent return to the Ice Age. I can’t decide whether or not this cheers me up.

AMS: It wasn’t just Fred Hoyle. There were novels like The World in Winter by John Christopher and Michael Coney’s Winter’s Children. Now things seem very much the other way. It’s not surprising some people go into denial, either because it’s all too frightening to face, or because they have a vested interest in getting every last cent out of hydrocarbons before they run out and we have to develop alternative energy anyway.

But moving on, one other unusual aspect of The Adjacent is that your near future England is part of the IRGB. Once I worked out what the initials stood for it struck me as extremely unlikely on a literal level, but something which works very well in the story and addresses some current fears and bigotry. Given the circumstances in the novel the worst that can be said about the IRGB is that it’s mired in unhelpful bureaucracy… why did you decided to depict Britain as an Islamic republic?

CP: All the great religions adapt to culture. An Irish Catholic is not much like a Brazilian Catholic, and neither is much like a German Lutheran … but they’re all Christians. In the same way, Islam as practised in such countries as Saudi Arabia, Bosnia and Indonesia has many differences. My thought in The Adjacent was that if Islam became the predominant or state religion in Britain, then it would be crucially different from Islam in other countries. It would adapt to British culture. It’s only a background in the novel, and only for a short part of it, but it seems likely to me that in the next fifty years or so the hot regions of the world are going to become progressively more uninhabitable, and amongst other global upheavals there will be mass migration. Northern Europe will become increasingly attractive to many. It’s just an idea: I’m not religious, nor am I whatever the opposite might be called, so it’s not an awful warning, nor an eager commendation. The world is going to change with the climate.

AMS: With The Adjacent and The Islanders that’s two new novels in two years. Will there be more novels soon, or do you have other projects in mind that you are able to mention? Is there perhaps the possibility of another film? The Prestige was a critical and financial success, which perhaps makes it easier for an interested filmmaker to get a second film off the ground…

CP: I’ve two more novels in mind, and a story collection. I’ve already started the first of the two novels. It has a working title of The Section, and should be finished in the next eighteen months or so. (I’m slow.) The story collection will bring together a lot of stuff over the last twenty years, and a couple of new ones. The other novel is but a distant gleam, at present. 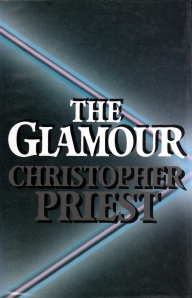 There is likely to be a film adaptation of The Glamour soon. Writers are always a bit superstitious about mentioning this sort of thing, but it seems pretty definite at the moment. It has been under option for several years while seeking the right production support, but that has been resolved. We are finalizing the contract this very week. IF all goes well … it will be a British film, made in Britain. The book has been adapted brilliantly by Gerald McMorrow. (He wrote and directed Franklyn, probably the best SF film to be made in the UK in the last 10 years.) The adaptation of The Glamour both follows the book faithfully and brings new insights and images into the idea. McMorrow will direct.

I also have a play coming on in 2014. This is a stage adaptation of The Prestige. It’s a new adaptation of the basic story. By this I mean that while the play does not follow the book too closely it is still different from the film. The idea is to give a theatrical experience of Victorian stage magic. Illusions will be performed live. At the same time, the story itself is told in a modern way. It’s due to start with a provincial tour in early 2014, ending up in London. There is also likely to be a musical stage adaptation, different again, but that’s some way ahead. I wrote both these adaptations myself.

Other than all that, I’m enjoying the quiet life of retirement …

AMS: Christopher Priest, thank you very for taking the time to talk to Amazing Stories.

Read Part 1 of this interview