This month, we will see the first fruits of the great Kickstarter flood of 2012. The four titans of that period—Double Fine’s Broken Age, Obsidian’s Project Eternity, in Exile’s Wasteland 2, and Harebrained Schemes Shadowrun Returns—haven’t given us much beyond trailers so far, but Shadowrun is set to return in June, replete with Native American Shamanism, cyberpunk, and noir in 2050’s Seattle.

I have no special love for Shadowrun—a tabletop game that spawned two 16 bit adaptations, one for the Genesis and the other for the Super Nintendo, as well as an absolutely miserable 2007 multiplayer shooter—but I love cyberpunk, and I love old-school, computer-styled role playing games, where you make tactical choices in combat and have moral discussions about the virtues of not stabbing people. I never played the tabletop version, though. I was always a Dungeons and Dragons man. But Shadowrun appealed to me, in the sense that it felt insane enough to be in my wheelhouse.

In anticipation for Shadowrun Returns, I booted up the Super Nintendo version from 1993. I’d heard it was better than the Genesis game; the Genesis one might have been more fun, but the Super Nintendo edition was more Shadowrun.What I found was a game I wished I’d played twenty years ago. It made me nostalgic for an age I wasn’t really part of.

Shadowrun for the Super Nintendo was made in 1993—I have to keep repeating this, or else I’ll forgot how incredible that is—and is pretty much a fully featured computer RPG. It’s Fallout years earlier. Sure, it doesn’t have everything. It has an awkward real time combat system that’s occasionally nightmarish. Its story makes as much sense as a bag of cats, which is par for the course for Super Nintendo Games. It doesn’t tell you where to go at all, and, in fact, actively tries to keep you from advancing the plot sometimes. You kill a bunch of Mermaids by dumping a bag of ice into a sewer runoff. 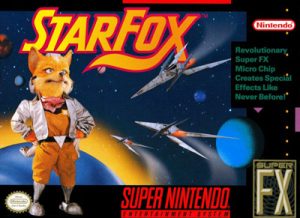 So, you kind of see where Shadowrun came from: a well-intentioned combination of the early PC RPG (read: Ultima, Might and Magic) with adventure games (read: King’s Quest) splashed with the tabletop game’s traditional cyberpunk weirdness. It’s nothing like its peers. In 1993 we were seeing Star Fox and Super Metroid and Final Fantasy V. Comparing these to Shadowrun’s intensely tangled plot, noir stylings, and gameplay not attempted for years—and then on PC—is like comparing Jurassic Park with Schindler’s List. They’re both films, but how can you compare them?The central plot of the original Shadowrun is both incredibly faithful to the source material and incomprehensible. You play Jake (just Jake), a Shadowrunner—read mercenary—who takes a job, gets shot, and wakes up in a morgue. You’re nominally finding out what happened on that job, but 1993’s video game lexicon didn’t have the words to convey this sort of plot. Instead, other things happen: a Native American fox spirit gives you some magic spells, you might fight a dragon, and you attack some dungeons in true role-playing fashion.

Shadowrun’s a hard game to make sound enjoyable. It’s adventure game logic to the max (remember the Mermaids? That happened), coupled with a combat interface that’s basically you pressing ‘A’, directing a cursor around like a mouse on a directional pad, and then clicking until someone hopefully dies. The story makes no sense. I’ve played the game with a walkthrough directing my every action, because without it I would have no idea where to go.

And yet here I am, singing its praises, because Shadowrun was just so different. It was so ahead of its time. It failed at a lot of different things, and it didn’t sell well, but it’s a game that, even playing it today, makes you wonder about its advancements. It feels like it’s from thirty seconds into an alternate future, one where graphics never advanced to Xbox One levels of clarity.

It’s spectacularly time displaced. Shadowrun’s closest companions are the original two Fallout games, in that they’re both isometric, a little incomprehensible, and technically beyond their peers. These games are fascinating for another reason: they’re not like other games. Sure, the Super Nintendo of 1993 offered a lot of excellent games—Super Metroid, Star Fox—but in general these were safer games. Science fiction, straight up. Shadowrun, and its future counterpart Fallout, weren’t like other games. They were different. Perhaps a better comparison is X-Com, which came out the same year. An incredibly different game from the fantasy and science fiction titles of 1993: instead, you managed future Earth dealing with extraterrestials.

It’s what has me a little concerned about Shadowrun Returns, too. What made the original Shadowrun an exciting game wasn’t its use of the Shadowrun material—which has lost a little of its luster since 1993—but instead that it was a game like no other you’d ever play. It brings up the biggest problem with Kickstarter: that games we’ve already played get funded at the expense of newness.Because Shadowrun felt new. It felt like an amazing, exciting game that’s a cult classic for a reason. The problem with reviving cult classics is not making something with the same parts, but instead making a game that really captures the spirit of the original work. It’s something I hope Shadowrun Returns manages.