When I was in college studying creative writing, I fell in love with a lot of writers: Haruki Murakami, Jonathan Lethem, David Mitchell, Michael Chabon, all of the genre-bending literary fiction authors.  It was probably a sign of something: on graduation, I would detox with a deluge of genre work, Raymond Chandler’s detectives and J.K. Rowling’s Harry Potter and hordes of comics.

I fell in love with another book, too: the ergodic nightmare of Mark Danielewski’s House of Leaves.  It’s a book that’s received great acclaim in horror circles, a novel about a drug addict writing about a blind filmmaker’s review of a documentary on a house filled with mysterious, impossible spaces.  It possesses a major thread of story—the text itself—but also a sea of footnotes, endnotes, and complicated references, designed to create a more-detailed, more-consuming experience for the reader.  The story happens, but at the same time you’re free to pursue all these other parallel threads, all these other ideas.  It fits very well into the genre of ergodic literature: works which require nontrivial effort to understand them.

Danielewski had a very specific target for this work—the exclusive, myopic world of academia—but it locks step just as well with video games, which by nature require more than a little effort to progress through.  I loved House of Leaves not because of its horror or its critique of academia but rather because it offered stories with the same construction that video games often take. 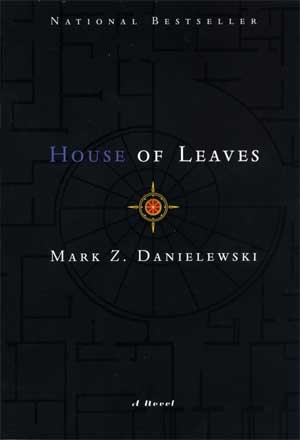 Take, for instance, last year’s Dishonored, a game about steampunk assassins and whale magic.  It caught me with its fantastic premise—whale magic, everybody—but what hooked me was its narrative, told through osmosis more than through cutscenes.  It had a main storyline, a linear plot much decried by gaming critics who found it too simplistic to be very interesting, but it told most of its story exactly like House of Leaves did: through footnotes.  Dishonored expected you to pay attention, search for clues, and put together the thrust of the story yourself, by finding diaries written by prominent characters and overhearing conversations.  But its best, most footnote-like trait, was its Heart.

The Heart was a companion you held in your hand, quite actually a heart.  Squeeze it, and it tells you something, either about whoever you’re pointing it at or the section of the city you’re in.  Video games—media in general—have of course had knowledgeable companion characters for millenia, but this was different: the Heart was full of impossible knowledge, of things you didn’t have any way of knowing.  Rather than espouse to you important tactical information, it gave you tidbits.  This soldier beats his wife, it could say.  This servant thinks about suicide, and might go through with it tomorrow, it says about someone else.

This forbidden knowledge, coupled with written texts found in the environment, meant Dishonored’s story told itself in a fashion very much like ergodic literature.  Instead of just its central narrative—assassinations, political intrigue, evil government figures—Dishonored offered an entirely different story, for the player who paid attention: this was a story of a city suffering, a city being forced to change by a plague, by corruption, by the murders you perpetrated inside of its walls.

It’s in narrative turns like these that video games distinguish themselves from other mediums.  House of Leaves was brilliant but it suffered from the fact that I could absorb only a single line of narrative at once.  If I was reading a footnote, I was reading a footnote, and doing nothing to advance the story of the family in the impossible house.  Dishonored, meanwhile, gave us everything at once: here’s the story of the city, it tells you, while you walk down its streets, while you kill its inhabitants.  Here’s the idea of ergodic literature—multiple stories at once—actually occurring: many stories going on at the same time, and you, the player, choosing which aspect of the fantastic world to sample first.

The game closest to the ergodic tradition, the one that represents this divide most clearly, isn’t a triple A monstrosity but rather a small visual novel, Analogue: A Hate Story.  This game, about a prospector in deep space attempting to salvage data from an old space station, tells its story through two means.  For one, it does by interacting with intelligent AI, who have kept the station whole through years of existence, and for two it does by offering the player a series of written diaries of the space station’s ancient inhabitants, a sect of very traditional, old-fashioned Korean families.

It’s a fantastic game in large part because it interacts with you on so many different levels.  Most stories—video game or otherwise—tend to have a primary method of interacting with their consumer: novels offer you series of sentences that make sense in context, movies offer you a linear progression of images and sounds, and video games a progression of actions you perform.  Analogue provides you a novel worth of nonlinear diaries and then characters to interact with, who can color your view of the diaries, give you different information, and straight up obscure the truth from you.

It perfectly encapsulates the richness of what video games could be.  Sure, they could be mental exercises, activities we use to pass the time, but they can also tell honest to god brilliant stories in ways not possible through any other construction.  We can have novels like Analogue’s where the writer has created additional voices attempting to direct us to experience things in different ways.  We can have films like Dishonored where your actions decide which parts of the story are revealed next, if at all.  We can have games where you can set off in any direction and you can find your own story waiting for you, or you can just go out and watch other people make brilliant stories of their own.

(Ed. Note: Ergodic – of or pertaining to the condition that, in an interval of sufficient duration, a system will return to states that are closely similar to previous ones: the assumption of such a condition underlies statistical methods used in modern dynamics and atomic theory.)