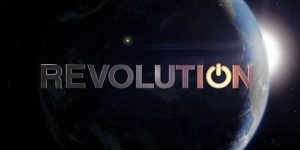 The man behind hit TV shows and films such as Lost, Cloverfield and Armageddon (yes he was involved in the script writing for the latter) is bringing a new show to our screens – Revolution. I first saw the trailer this week, which shows the world’s electricity and electrical devices shutting down and includes a plane falling from the sky. Apparently, according to IMDB, the show follows a group of people fifteen years after the blackout (still without power) who battle a governing dictatorial militia.

The show stars Lost and V’s Elizabeth Mitchell and Twilight’s Billy Burke. From the trailer it looks impressive and I expect the first episode is going to be as dramatic as Lost. However, I do hope that JJ Abrams sticks to his ideas and doesn’t let the studios try and drag out the show leading to it being filled with rubbish plots and story lines just to get to the end. You may recall this happened with Lost. I often find that is the case with Hollywood TV shows – the studios just want to keep them on even when there isn’t enough of a story to tell. Some shows are meant for only a couple of seasons and Lost should have been one of them. Although saying that, I did see the serial killer show Harper Island which was only one series (and not due to being cancelled). So I could be proved wrong!

The show launched in September on NBC in the US and will be airing on Sky in the UK. Have any of you based in the US seen it yet? Would love to know what you think.