Home Film/Televison The Horror of the Asylum 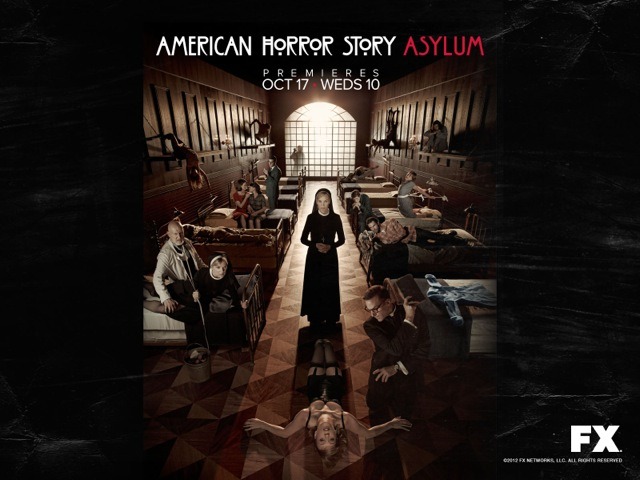 American Horror Story is an odd show. I missed it’s first run but got hooking on the anthology-format and various timelines. Being British, I often find it quite hard to conceive of America as having had enough time to cultivate good horror stories. This is coming from someone who grew up a stone’s throw from one of the various places where Anne Boleyn, the notorious queen of Henry VIII, is supposed to wander, post-life.

I was psyched when it was announced the series would be back for a second, longer season – Asylum – and I’ve not been disappointed. After all, there are plenty of sci fi, fantasy and supernatural series doing the rounds but it’s so rare to have a horror series which actually unsettles. Horror with a capital H that leaves you breathless for the next episode but also sure to double check your locks and sleep with the light on.

Choosing to set the second season in an asylum run by nuns which may (or may not) also be employing a born-again Nazi, well it was always going to be interesting. Asylums are places people fear because they’re filled with the dangerous, the insane and you can’t expertly leave when you feel like it. Briarcliff in particular seems to break all the rules, from forced sterilisation to using electric shock treatment as a method of torture rather than treatment. Throw in interesting subplots including angels and a demon, aliens and a serial killer. On paper, it’s an odd mix but as we come to the season’s conclusion, it’s one which has worked out rather well.

Now that season three had been green lit, it’s even more exciting. One thing American Horror Story does well is having a cast of staple characters who return in each season in different roles. So, for example, one character who played an embittered housewife now finds herself playing a singer turned nun, another was a maid and returns as the Angel of Death, then there’s the psychiatrist who returns as the son of a serial killer with daddy issues. Yes there are also a raft of amazing guest stars like Joseph Fiennes, Zachery Quinto and James Cromwell but it’s this ever changing core cast which really keeps the series fresh and exciting.