Bret you can’t ream ’em all 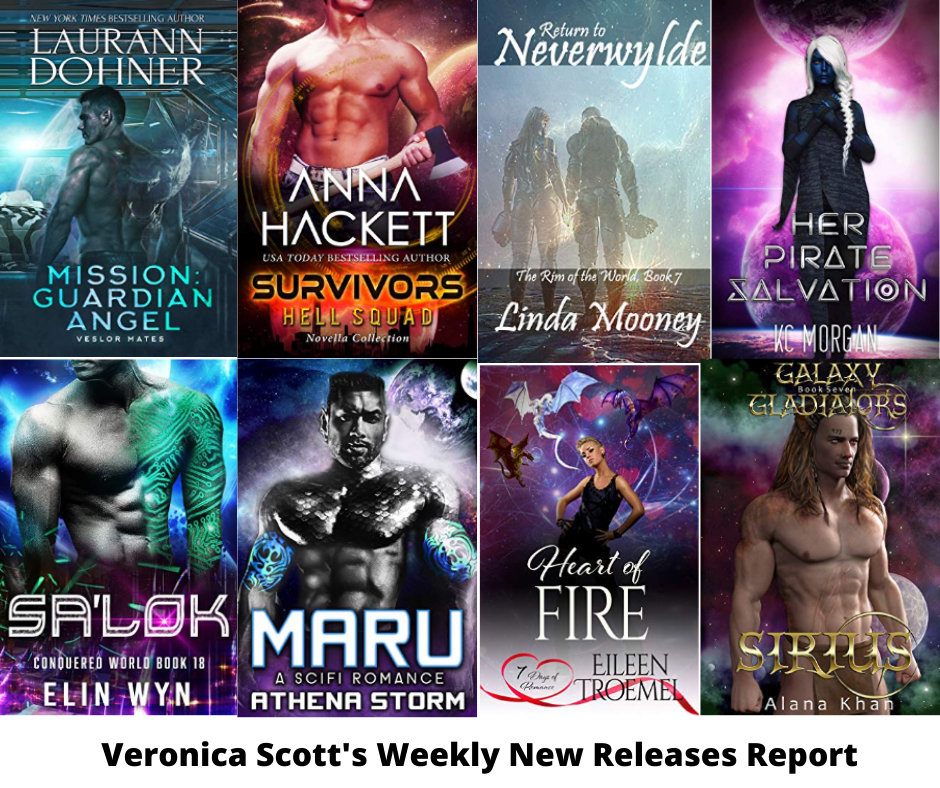 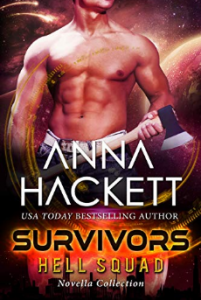 VS Note: I love Hell Squad. One clicked!

Nate – Long before the aliens invaded, former Marine Nate Caldwell came home a broken man. Going off-grid in a cabin he inherited in Australia’s Blue Mountains, he survived the invasion with only his dog Blue for company. For two years, he’s avoided the aliens and any survivors – he’s done his fighting and can’t go into battle again. But when a young woman crashes into his lonely existence, with the aliens hot on her heels, she changes everything…

Dak – Captain Dak Vaughn only has room for his job as head of security for Groom Lake Base. His focus has to be on keeping all the survivors alive, and not on the tough, attractive new recruit who gets under his skin. But when a dangerous mission requires them to go deep into alien territory, Dak finds himself up close and personal with a woman who is pure temptation.

Alexander – Marine engineer turned base leader, Alexander Erickson, leads a tiny base of survivors in the snowy climes of Norway. Balancing the needs and safety of his group keeps him busy, and he longs for someone to share the load, someone to call his own. The one independent woman he wants refuses to see him as anything more than a leader and a younger man. But when mysterious alien activity encroaches on their safety, they will join forces to investigate and Alexander might finally have his chance. 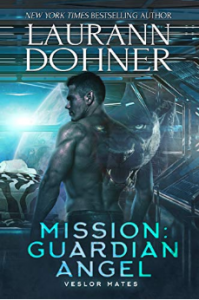 VS Note: Always happy to see a new book from Laurann, in any of her series!

Ever since her friend Vivian mated a Veslor, Abby Thomas has been curious about the mysterious aliens. She also has a vested interest in making sure their newfound relationship with United Earth is a success, prompting her to take a job on a military vessel to ensure the Veslor grouping stationed there are treated fairly. It doesn’t hurt that they’re easy to look at. When one Veslor in particular catches her attention, she hopes he’s nothing like the humans she’s dated, who were only interested in her bank balance and connections.

Drak and his Veslor grouping quietly endured unfair treatment aboard Defcon Red…until a beautiful spitfire spoke up on their behalf, earning herself nemeses among the ship’s fleet. When those foes try to silence Abby, Drak makes it his mission to protect her. The harrowing experience quickly bringing them so close, Drak is determined to make Abby his mate…if her enemies don’t ruin his chance, permanently.

UPV / EHU Faculty of Science and Technology calls for submissions to the XXXII edition of the Alberto Magno Literary Science Fiction Competition: Eduardo Gallego and Guillem Sánchez announce a new novel in their Unicorp series

Yet another effect of “canonization”