India’s Moon lander may be in one piece! 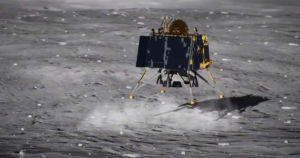 Establishing Contact India lost all communications with its Vikram lunar lander only 2 kilometers from its intended landing site. Since then, officials at India’s Space Research Organization (ISRO) have been hard at work trying to reestablish a connection — despite its minuscule changes of survival. Earlier this week, scientists located the lander using the orbiter […]

The post Indian Official: Moon Lander May Have Survived in One Piece appeared first on Futurism.

This article was originally posted on Futurism

Watch the launch of Rocket Lab’s Electron rocket, made with 3D printing

The two planets look an awful lot like Earth