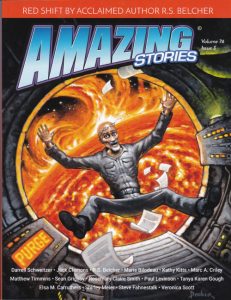 OTHER SPECIAL NOTE:  Apple is hosting a rollout tomorrow, March 25, which may announce their streaming service, including the Amazing Stories television show.  You can watch coverage here

Trigger Warning Study:  May not be as effective as originally thought

David Gerrold Gets Your Facts Straight For You

Are some Dem candidates too “woke”?

A Woman Wins Top Math Prize for the First Time

No Surprise This Comes From Florida:  Bill would make Book Banning easier

The White Hero, POC Sidekick Thing has got to go

The Flinstone House is an Eyesore

GOTTA Get Me Some Captain Rocket Comics

Writer’s Guild, Agents and Packaging.  Every writer and agent and editor should read this

One More Month to Vote for TAFF

PreOrder The Skies Have Gone Rogue

Here’s one you don’t see every day:  an illustrated Poetry of Pulp, with poems by Lovecraft, Howard and more

Right here was going to be a link to a post about a new publisher, the White People’s Press.  We’re not linking to it.

Malaga’s SF boom, a talk on a short SF film and an interview with Yoss, Cuban SF superstar

SPACE: Are We Being Watched By An Alien Satellite? Probably Not. But…