NASA made a recent announcement regarding the discovery of Kepler 452b, which scientists are dubbing ‘Earth 2.0’, an earth-like planet in our galaxy. 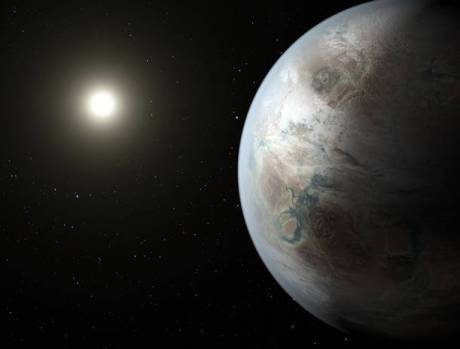 Let’s find out why they’re so excited.

John Grunsfeld, associate administrator for Nasa’s Science Mission Directorate in Washington, said: “Today we’re announcing the discovery of an exoplanet that as far as we can tell is a pretty close cousin of Earth. It’s the closest so far. It’s Earth 2.0.”

What does he mean by “pretty close?”

Everything about Kepler 452b – from its size, the length of its years, the estimated conditions on the surface – is very similar to Earth.
Years on Kepler 452b are about the same duration as they are on Earth

A year on the newly-discovered planet – the time it takes to orbit its star, Kepler 452 – lasts for 385 days, only 20 days longer than a year here on Earth. That’s more unique than you think. For example, a year on Venus, the closest planet to the Earth, lasts only 88 Earth-days. A year on Neptune, further out in our solar system, is the equivalent of 185 Earth-years.

Kepler 452, the planet’s star, is around 1.5 billion years older than our Sun. If a planet is too close to its star, it will be too hot to host life. If it’s too far away, it will be too cold.

However, Kepler 452b has been the perfect distance from its star for many billions of years. According to Jon Jenkins, the Kepler data analysis lead at NASA’s Ames Research Centre, this means it’s possible that it hosts life on its surface, or at least could have at some point in its history. 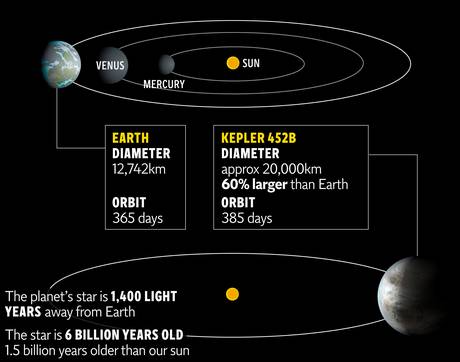 This brings all sorts of other “life essential factors” into play.

The planet’s star, Kepler 452, is slightly bigger than our own Sun. The added light and heat energy that the planet receives from the star not only means it is slightly warmer than Earth, but could also mean that plant life could thrive there, especially as there’s also a good chance liquid water is present.

Remember, since plant photosynthesis is what produces the air we breathe, that means this essential building block of life has a good chance of living on Kepler 452b.

Jon Jenkins told the press conference: “The sunshine from Kepler’s star is very similar to sunshine from our own star, and plants could be able to photosynthesise just the same.”

You could even get a tan there

Dr Daniel Brown, an astronomy expert at Nottingham Trent University, said: “Kepler 452b receives the same kind of spectrum and intensity of light as we do on Earth. This means plants from our planet could grow there if it were rocky and had an atmosphere. You could even get a healthy tan like here on holiday.” 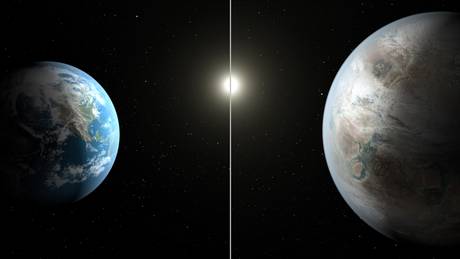 Unfortunately, it’s pretty much impossible to get there (at the moment)

(A lightyear is the distance that a beam of light can travel in a year. Light travels at over 670 million miles per hour. Light from the Sun takes around eight minutes to reach Earth, so naturally, a trip to Kepler 452b would take an incredibly long time.)

Let’s put that into perspective with something else that was currently in the news:

Nasa’s New Horizon probe – the one that recently took the amazing pictures of Pluto – left Earth’s orbit faster than any other spacecraft before it, at around 36,373 mph.

If a specially adapted New Horizon launched at this speed towards Kepler 452b, it would take YOU around 25.8 million years to get there. What does that mean? Well, think about it this way…early, primitive humans only developed around 2.5 million years ago. So by the time you get there, you’d probably have evolved into something very special? 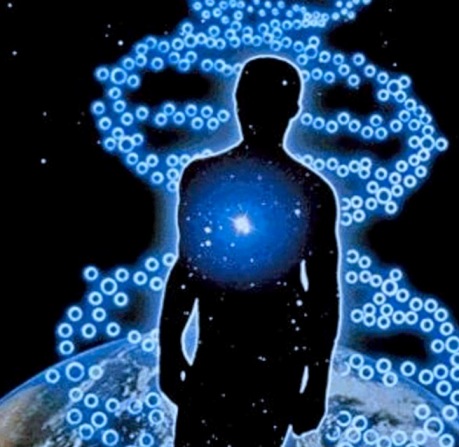 Sad news? Perhaps. But think about it in another way. If scientists are finding planets like this, it increases the probability of them uncovering evidence of what many have suspected for years.

We are not alone…

(Just as well X Files is coming back. Mulder and Scully might get very busy, real soon)

The Long and Winding Road

In 1959, U.S. astronauts piloted an airplane-shaped rocket ship into space, and then flew nearly 200 missions, twenty years before the first Space Shuttle ever left the ground.

A new paper strengthens the theory that black holes are like balls of space yarn and debunks the idea of “firewalls”. Source: Black holes are actually giant fuzzballs of string, claims new research

How Lame is Kubrick & Clarke’s ‘2001: A Space Odyssey’ Today? Or: More Importantly, Was It Lame When First Released?