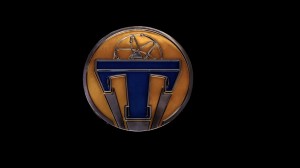 I missed the trailer for Tomorrowland being released, but happened to see it at the cinema, and wow. It looks incredible. This film has had lot of excitement around it ever since it was announced. It is inspired by a part of Disney World. That’s all we knew for a while, and that it was starring George Clooney, but the story itself was pretty much kept under wraps.

Well the trailer gives away much more than we knew before (not that it was that hard to do that considering we didn’t know anything) and it all starts with a pin.

Check out the trailer below.