When attending any “Con” whether it be DragonCon, MCM Comic Con, ValleyCon, etc. one will no doubt see a multitude of young and old alike in costumes of all sorts.

I attended a couple of Cons back in the old days in North Carolina when only the diehard fans would come in costumes, back when the term “cosplay” was coined. Those consisted mostly of various Star Trek characters with a heavy bent towards the Klingons, especially for the females. Cosplay is a hobby that grew and grew over the passing decades until today when we have full-fledged cosplay groups of every type and genre – comic books, film, television, anime, video games, etc. 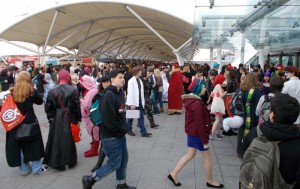 Cosplay can also refer to the outfits and the creative process that goes into them. Most people are happy to identify themselves as cosplayers, but there are a certain number of those who prefer to classify themselves differently as those who practice costuming instead. So what’s the big deal anyway? Is this an elitist attitude by some to separate from what they consider to be “play”? Or is it simply another classification in a world filled with classifications? Maybe I’m making a big deal out of something that isn’t. 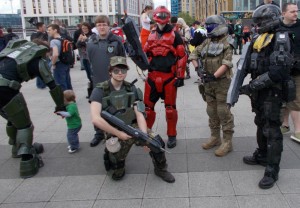 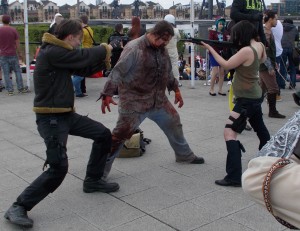 I was unaware of this difference until I attended this year’s spring MCM Comic Con/Expo in London. I’ve been to several of them in the past and you can read my last post about the huge showing of fans if you’re unfamiliar with MCM. It is abundantly clear that wearing costumes has certainly taken off in the last few years. At Cons it has become the norm; you see way more people in costume of some sort rather than those without. I’ve even dabbled in a bit of costuming myself. Some costumes are store-bought (as we say in the South) but a great many of those attending events have spent hundreds of hours and hundreds, if not thousands, of dollars (or pounds) on creating their one-of-a kind outfits. There are some stunning examples in my previous posts about MCM or you can just Google “cosplay” and have a couple hours of interesting images to look through. The sheer ingenuity in design and execution of some of the costumes is nothing short of amazing. 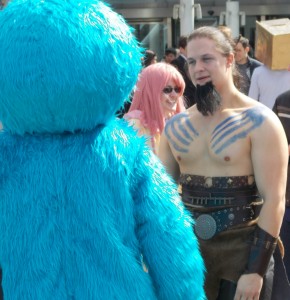 The big difference I found after talking with a lot of cosplayers and costumers at MCM is it seems to be an age and genre thing. Cosplayers are usually the younger set who specialize in anime, manga, video games, and comic book/superhero type of cosplay (costumes? Confusing, isn’t it?) 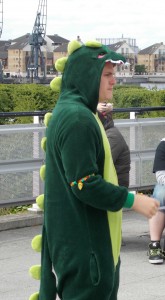 The ones who prefer to talk about costuming instead seem to be the older set who typically lean towards movie and television genres. I think the biggest difference lies in the attention to detail. Not that the cosplayers don’t make their outfits as accurate as possible, but I think that the genres that they follow tend to let them be a bit more creative, take more liberty with their designs. The costumers strive for accuracy and detail that is sometimes nearly manic. 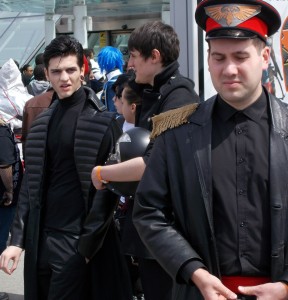 My best buddy is in two groups, the UKCM from the Aliens franchise and the Brit Cit from the Judge Dredd franchise, and in both instances he prefers to be recognized as doing costuming. As a matter of fact he refers to cosplay as the “C” word, as if it is something distasteful and not to be mentioned in polite company. 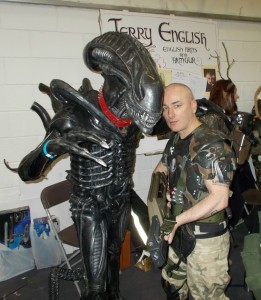 No matter what you want to call it, it is a growing trend and the folks at MCM make sure that everyone has a good time. The Cosplay zone provides everything from tools for costume repair, to changing areas, free storage for bulky props and bags, and even expert advice on costume design and making. 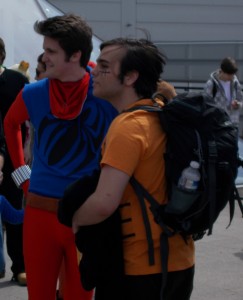 People are always finding ways of setting themselves apart from one another. This is just one more way. I see no harm in it; as long as it doesn’t lead to the great Cosplay-Costuming Wars in the future, what the heck! 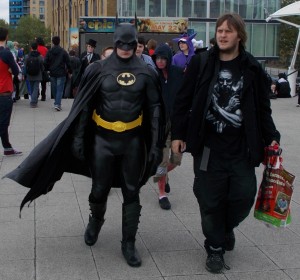 It is high time that this passing generation reach out, find the next generation, and mentor them…bring them into fandom!

Resistance of the New