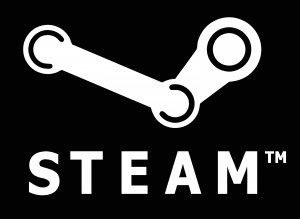 Last week, Valve, the company behind such games as Half Life, Left 4 Dead, and DOTA 2 and such services as premier PC games distribution platform Steam, made three announcements. They announced the SteamOS, a Windows-alternative operating system (think Linux), and they announced the Steam Machine and its controller, a console box that’s aiming for your living room.

All of these concepts follow through on Valve’s gradual roll-out of its Big Picture mode for Steam, which was designed to let you run a gaming PC on a traditional television. They’re attempting to design a holistic experience that can play in the living room, one which can step on the toes of the big home console-makers: Sony, Nintendo, and Microsoft.

On one hand, it’s hard to understand why someone with a gaming PC already would want something that provides exactly that functionality. On the other, I’m already sold.

The Steam Machine, as presented, isn’t a gaming PC. It’s a streaming device, that will allow you to take content from another PC and stream it onto your television. It’s not a codified thing, either: any PC running the SteamOS will allow the same functionality. Basically, the idea is that you set up a relay that smoothly allows you to play games from your gaming PC on a big-screen TV.

Now, for some people, this is redundant; they already have their PC on a television. But PC operating systems aren’t designed for such massive screens. Even more, my desktop—my desk—isn’t in the same room where the television is. So I’m left with the old-fashioned setup of desktop PC upstairs, consoles downstairs. My gaming desktop has a lot of horsepower, and makes games pretty, but not as much as my housemate’s giant television. There’s only so much you can do on a normal-sized monitor.

So the SteamOS provides an easier, smoother way to get these games to my television. To make them comfortable, instead of staying hunched over small monitors. 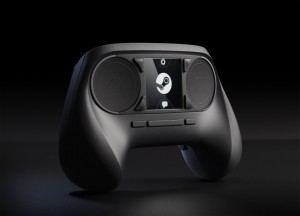 And this doesn’t get to the third announcement, the controller. While I’m not totally sold on it, the controller looks to be the biggest advancement in technology since the Wii Remote introduced motion control.

Valve’s controller design eschews the traditional format of game controllers made popular by the original Playstation’s design in the mid 90’s: four face buttons on the right, two control sticks and a directional pad arrayed right middle, left middle, and left, and then four trigger buttons on the shoulders. Instead, Valve’s design—which was made with PC games, especially mouse and keyboard, in mind—has two large, clickable pads on either side, with four buttons and a touchscreen in the middle. Four more buttons exist on the back of the controller, two on the shoulders and two on the back.

The differences are obvious: no face buttons on the right and no third directional input. But the positives quickly become apparent, too: by including two wide, clickable pads with (apparently) great detection, Valve’s hoping to make a controller that can settle in somewhere between the precision of the mouse and keyboard and the portable game controller. The right pad functions as a mouse, enabling direct, PC-like input.

This is pretty huge, if it works. PC games biggest problem in the home environment is that mouse and keyboard on a television is awkward. A game like FTL functions as an incredibly exciting experience on television, with people around, but it stubbornly requires a keyboard and mouse to function. The games that have worked best on the screen are ones that use Microsoft’s traditional controller. I’ve played a lot of games on the screen, like They Bleed Pixels and Super Meat Boy. A lot of console ports would work, plainly, too, with just Steam’s Big Picture mode to allow for consistent controller input.

But the ability to play anything? With one controller, that possesses a lot of new and exciting functionality? It sounds almost too good to be true. In a lot of ways, the thing Valve’s selling us is convenience. It’s also trying to target the consoles, which are vulnerably entering a new generation without much to sell them. Both Sony’s Playstation 4 and Microsoft’s Xbox One don’t offer many games exclusive to them; at best, they offer console exclusives, that is games available for one or the other and PC. And Valve realizes that the PC has a ton of exclusive games: more games have been released in the past month PC only than, I imagine, will exclusively release for either big console in their first six months. There’s depth and breadth, content for every niche market on PC.

And if Valve can launch a four hundred dollar entertainment box that can coexist nicely with the modern tabletized world, they’ve suddenly presented a good alternative. The PC has a massive back catalog compared to these new, non-backward compatible consoles, and it has more content that appeals to people not interested in the modern console game. The PC is home to the roguelike, the space sim, the epic storylines, and the weird and absurd. I’d rather have these on my television than I would Call of Duty, and Valve is betting the same.

In Anna-Marie McLemore’s Dark and Deepest Red, Identity Is Dangerous and Magical